Dubbed ‘Rochette’, the greenish rock was sampled and now cached 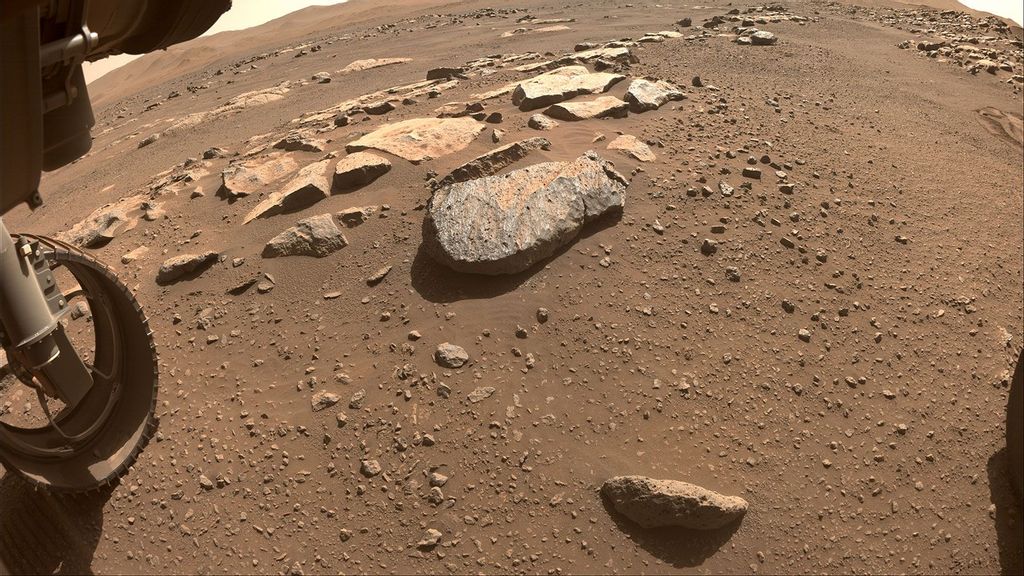 The Perseverance rover has drilled into a rock named “Rochette” on Mars, taking samples that one day could be returned to Earth for study of signs of ancient microbial life on the red planet.

Using a hollow coring bit at the end of a 7-foot-long robotic arm, Perseverance on Sept. 1 took samples a bit thicker than an ordinary pencil, leaving officials at U.S. space agency NASA glowing with pride and praise.

“The project got its first cored rock under its belt, and that’s a phenomenal accomplishment,” said Jennifer Trosper, project manager at NASA’s Jet Propulsion Laboratory in Southern California. “The team determined a location and selected and cored a viable and scientifically valuable rock. We did what we came to do.”

One of the rover’s navigation cameras captured images of the rover drilling the rock in the “Crater Floor Fractured Rough” geologic unit in the Jezero Crater. The rock was found on a half-mile-long ridge that features boulders and rock outcrops.

This is the second time the rover has used its Sampling and Caching System since landing at Jezero Crater in February. It attempted to collect its first core sample on Aug. 6. After searching for a dropped sample and not seeing one, mission scientists concluded the rock sample must have fragmented into dust during the collection process.

On Sept. 1, Perseverance’s Mastcam-Z camera showed the end of the cored rock within the sample tube. This occurred after Perseverance began vibrating the drill bit and tube in a process called “percuss to ingest,” shaking them for one second five separate times. Once the sample slid down the tube, Perseverance took more images with the Mastcam-Z.

Ground control will uplink commands to acquire more images of the corer and tube to be taken when the sun is in a favorable position. Photos will also be taken after sunset to diminish point-sources of light that can saturate an image. If these images are inconclusive, Perseverance can use the Sampling and Caching System’s volume probe, which is located inside the rover’s chassis, to confirm that the sample is in the tube.

Perseverance is the first mission to collect and cache Martian rock and regolith, the loose, heterogeneous material overlaying bedrock.

The rover is designed to collect data about the Red Planet’s ancient life, geology and climate history to pave the way for human exploration. In concert with the European Space Agency, NASA will send future missions to Mars to collect the cached samples and return them to Earth for analysis.