MEAC team dominates favored SWAC squad in season-opener for both. 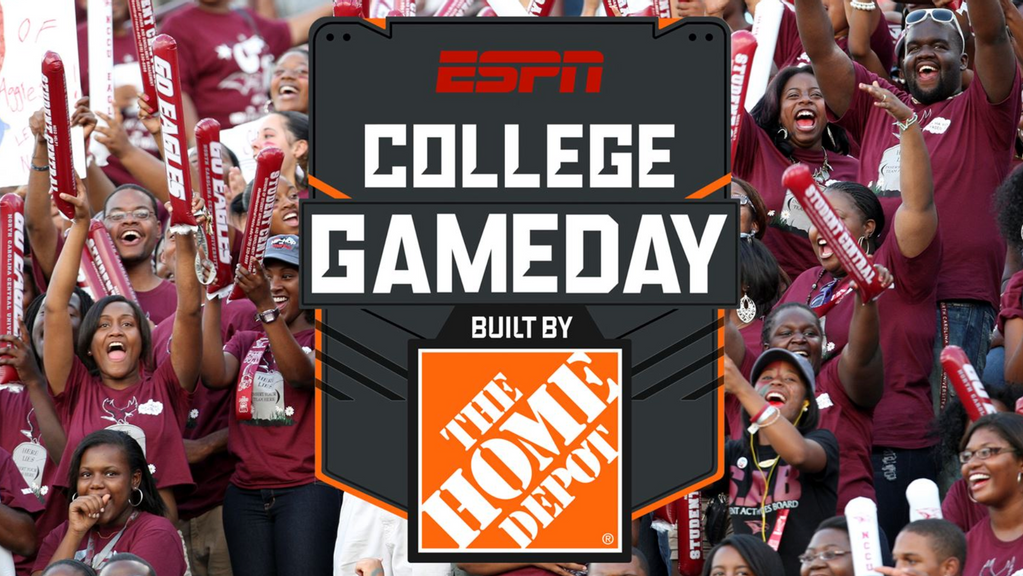 Alcorn State, team nickname: the Braves, entered the 16th MEAC/SWAC Challenge on Aug. 28 as the No. 2 team in black college football to kick off the season. Most observers bought into the Braves’ hype as they rolled into Atlanta as a team on a mission to set the tone as one of the standard-bearers for the remixed version of the Southwestern Athletic Conference, which is unofficially the first super conference in the Football Championship Subdivision (FCS).

However, North Carolina Central University — nickname: the Eagles — packed its hard hats and lunch pails to make the five-hour drive south representing the carcass of the Mid-Eastern Athletic Conference. After defections by Hampton and N.C. A&T to the Big South with Bethune-Cookman and Florida A&M leaving to join the SWAC, the MEAC has barely enough teams to remain a viable Division I league.

NCCU, a holdover from what’s left of the youngest of the four HBCU conferences, brought what’s left of the league’s pulse to Center Parc Stadium and pulled off the college football season’s first major upset. Despite every ESPN analyst predicting an Alcorn St. victory and Las Vegas odds makers establishing the Braves as a 15-point favorite, NCCU crashed the party with a 23-14 win.

The site of the game, which sits on the southwest edge of downtown Atlanta, has seen its share of history. It was initially built as the 1996 Olympic Stadium and was gifted to the Atlanta Braves (becoming Turner Field). It sits a stone’s throw away from the spot where the late Hank Aaron hit his 715th home run to break Babe Ruth’s all-time mark in 1974.

After being converted into the home stadium for Georgia State University’s football team, it also now serves as the place where the HBCU (Historically Black Colleges and Universities) football season kicks off annually.

Alcorn State got the hype, but NCCU won the game.

“We watched ESPN this morning and watched the United States of America pick Alcorn to win,” said NCCU head coach Trei Oliver. “But it didn’t matter, as long as everyone in that locker room believed, it was all good.

“We came in with a chip on our shoulders. Why is there so much hype about the SWAC when [the MEAC] has dominated in Atlanta for the last 14 years? We still play good football in the MEAC.”

The leftovers proved tougher than Alcorn State expected because the remnants of the MEAC still played more physically than their SWAC counterparts. NCCU’s game plan was to keep the Braves from making explosive plays on offense by containing their talented group of big play weapons. Offensively, they used ball control to keep talented Braves quarterback Felix Harper on the sidelines.

Harper started by completing seven of his first eight passes before the Eagles began pounding on him — which changed the trajectory of the game. He was not the same passer in the final three quarters as he was at the start of the game.

Harper finished the game 17-for-27 for 154 yards and two touchdowns. Perhaps in the SWAC that would have been enough for a win, but he needed to be spectacular, and NCCU wasn’t having it. Oliver, who at his core remains a defensive coordinator par excellence, played mostly zone coverage to cut down big plays and put the clamps on the explosive Alcorn offense.

Ultimately NCCU quarterback Davius Richard outperformed the SWAC’s 2019 Offensive Player of the Year in a prime-time showcase on national TV. Richard passed for 184 yards and rushed for 64 with two TDs.

It took NCCU nearly an entire quarter to find a rhythm offensively in its first game since the end of 2019. The Eagles trailed 7-0 after being stopped on their first three drives, which ended in punts. But then they scored on four of their next five possessions. Richard scored on touchdown runs of one and six yards, respectively, capping drives of 57 and 75 yards, while the Eagles played ball control to keep the Braves off the field.

“When we first came out, they weren’t showing us anything different than what we had seen on film,” said Richard. “We just had to settle down, go out and execute what we learned from our coaches while we were getting ready for the game and build the momentum from there.”

One of NCCU’s non-scoring possessions ended with a fumble that led to Alcorn State’s second touchdown. Harper capped a six-play, 28-yard drive with a four-yard pass scoring pass to Nico Duffey that gave Alcorn State a 14-13 lead early in the third quarter. Adrian Olivo’s 28-yard field goal eventually gave the Eagles the lead for good early in the fourth quarter.

Brandon Codrington’s 77-yard punt return for a touchdown put the game on ice, as N.C. Central’s defense shut the door to seal the victory. Codrington, who had fumbled earlier in the game, more than made up for it with what turned out to be the play of the game.

“Coach told me to look for my wall and things would be open,” said Codrington. “I followed my blocks and went to the right and things were open, so I took it from there. It definitely changed the momentum.

The Braves had been the gold standard in the SWAC East division after claiming the championship in each of the last six years. However, with the arrival of Florida A&M and Bethune-Cookman, things have changed.

“Hats off to North Carolina Central and coach Oliver; they have a good football team,” said Alcorn State head coach Fred McNair. “For us, we just have to get back to doing things that we do best, and that’s execute. We didn’t finish drives and didn’t compete the way we should have down in the red zone.”

Alcorn will get a chance to regroup in its next game, which takes place Sept. 11 at home against Northwestern State. NCCU, meantime, will attempt to build on its win that same day, when it travels to Marshall.