VIDEO: How Cats And Rats Are Driving The World’s Rarest Reptiles To Extinction

Just 211 Galapagos pink land iguanas are left. Blame the rats and cats, introduced to their island by man. 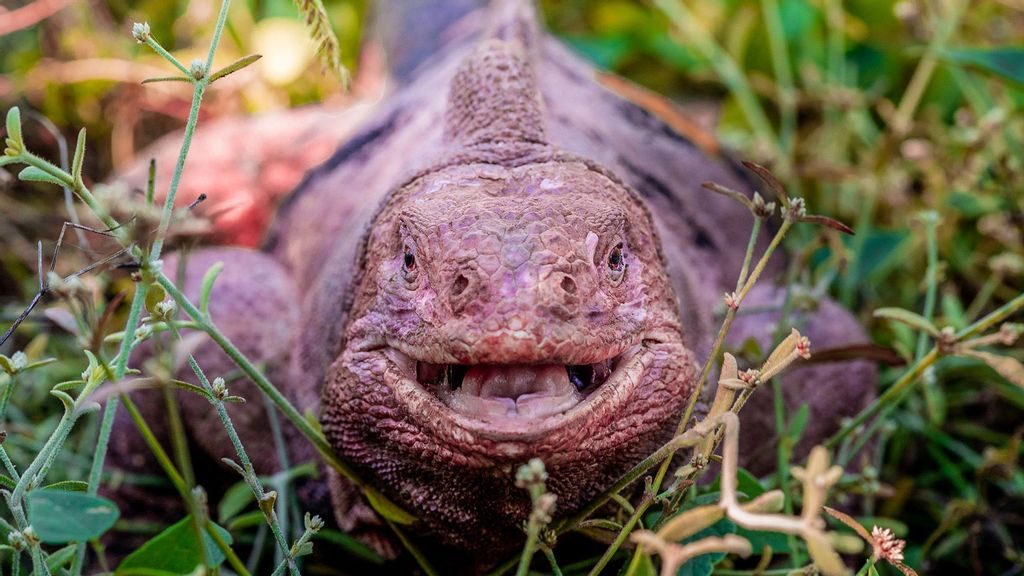 One of the world's 211 remaining pink land iguanas is pictured on Isabela Island in the Galápagos. (Joshua Vela/Galápagos Conservancy/Zenger)

Rodents and feral cats that European traders and pirates brought to the Galápagos Islands in the 17th century have driven a rare iguana to the brink of extinction, scientists say.

The remote Isabela Island, the largest in the Galápagos archipelago, is home to just 211 pink land iguanas, according to researchers who monitor the population. The volcanic island is the only place in the world where the species exists.

A report published in the Galápagos Conservancy newsletter describes the situation as alarming because scientists haven’t seen any young animals among the remaining iguanas since 2014. “Preliminary results from the first-ever comprehensive census of the pink land iguana reveal that the species is in dire need of conservation action,” the report’s authors wrote.

Many of the young hatchlings are eaten by rats or feral cats, which also eat eggs before they can hatch. The reptiles are now listed as critically endangered on the International Union for Conservation of Nature’s “Red List.” That means the organization believes it’s highly likely to go extinct in the near future unless drastic measures are taken.

“Given the presence of introduced predators and the lack of juveniles, as well as the limited geographic range of the species, the Pink Land Iguana is at risk of imminent extinction,” he said.

The pink land iguana diverged from similar species about 5.7 million years ago, according to the Galápagos Conservation Trust. Its pink color isn’t actually a color: It’s the result of albino skin allowing its red blood to be seen from the outside. The animal’s diet consists largely of prickly pear leaves and fruit, the conservation trust says.

The Galápagos Conservancy and the Galápagos National Park Directorate sent 30 scientists to Isabela Island for a headcount of pink land iguanas on the rim of Wolf Volcano. The research team spent 10 days marking the animals as they counted them to ensure an accurate tally.

Today they are also threatened by volcanic eruptions.

The Galápagos National Park Directorate is developing a conservation plan for the species, but it’s unclear whether it will be in place quickly enough to save it. The directorate says it will hold scientific workshops in the near future to hear advice from biologists and other scientists.