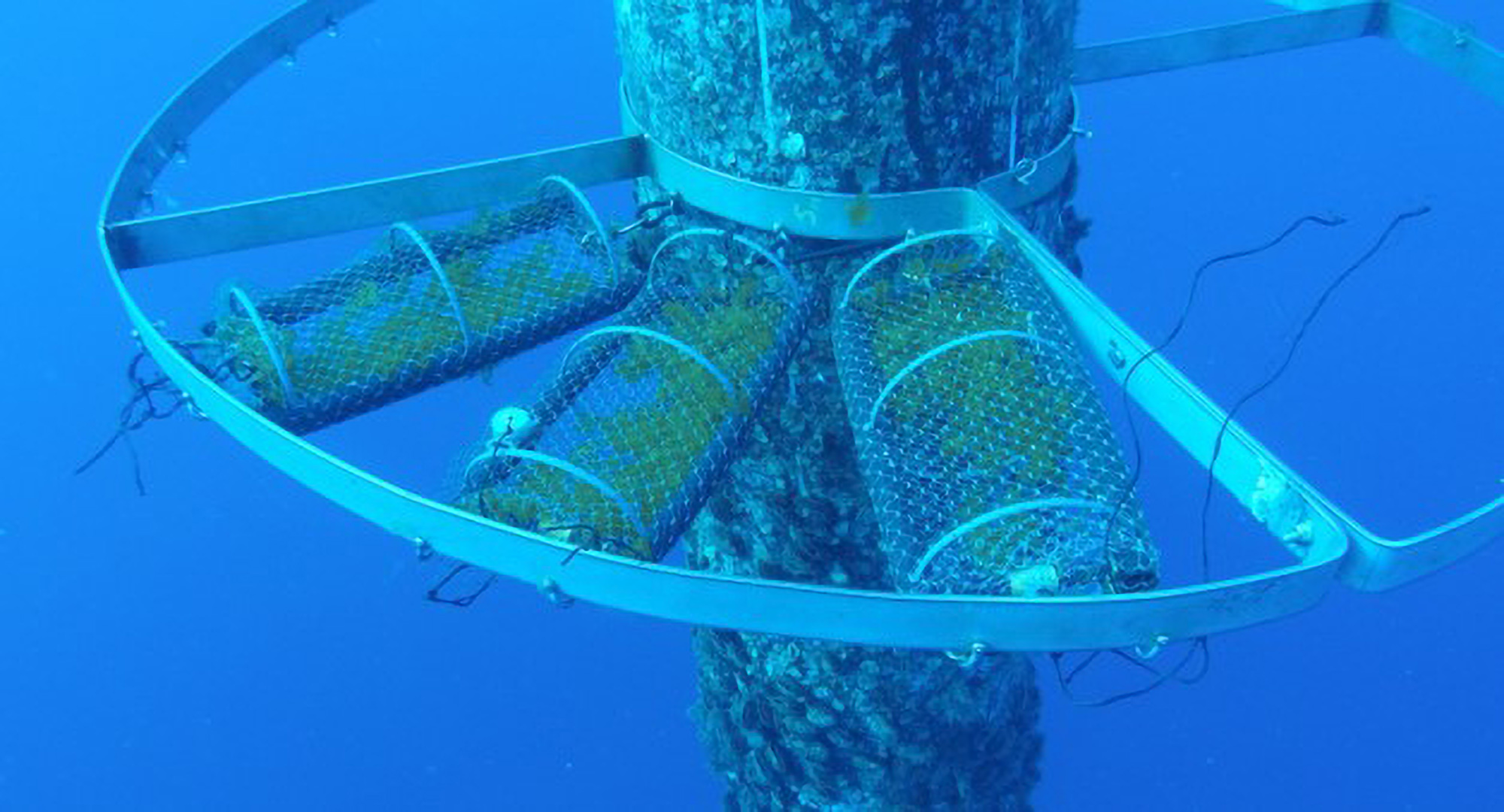 Scientists created this “cultivation reactor” with filters to weed out pollutants for their experiments. (Meiron Zollmann/Zenger)

Underwater seaweed farms that can filter out pollutants from farmland runoff before they reach adjoining bodies of water are being developed by scientists from two universities.

A two-year project by teams from Tel Aviv University and the University of California, Berkeley created small seaweed farms grown in estuaries leading to the Mediterranean Sea, according to a report in Communications Biology. The farms filtered out pollutants such as nitrate that typically run off from farms, often with devastating effects on marine ecosystems.

The teams built an underwater farm model for growing seaweed in the Alexander River estuary in Israel, hundreds of meters from the Mediterranean. The river, which flows about 28 miles from the western side of the Samaria mountains in the West Bank to the sea, was chosen because it discharges large amounts of nitrogen from upstream fields and towns into the water.

The nitrogen disperses rapidly, often resulting in algal blooms that essentially suffocate ecosystems, killing many of the organisms that inhabit them.

“In this study, we showed that if seaweed is grown according to the model we developed, in river estuaries, they can absorb the nitrogen to conform to environmental standards and prevent its dispersal in water, and thus neutralize environmental pollution. In this way, we actually produce a kind of ‘natural decontamination facility’ with significant ecological and economic value since seaweed can be sold as biomass for human use,” said Alexander Golberg, a professor of environmental studies at Tel Aviv University and a supervisor on the study.

“The interesting connection we offer here is growing seaweed at the expense of nitrogen treatment,” Goldberg said.  “The system allows estuaries containing large quantities of agriculturally related nitrogen residues to be rehabilitated and prevents nitrogen from reaching the ocean, while growing the seaweed itself for food. In this way, aquaculture complements terrestrial agriculture.”

The model also “allows marine farmers, as well as governments and environmental bodies to know, in advance what the impact will be and what the products of a large seaweed farm will be before setting up the actual farm,” said Meiron Zollmann, a doctoral student at Tel Aviv University who headed the study.

The research team said the technology has not yet been tested on a large scale.

“We do not really know what the impact of a huge farm will be on the marine environment. It is like transitioning from a vegetable garden outside the house to endless fields of industrial farming,” said Alexander Liberzon, a professor of mechanical engineering at Tel Aviv University.

Still, he said, the study has provided considerable evidence showing the benefits of the seaweed farm model. The scientists hope to convince decision-makers that such farms will be both profitable and environmentally friendly on a large scale.