These acrobatic, crash-landing lizards have much to teach roboticists. 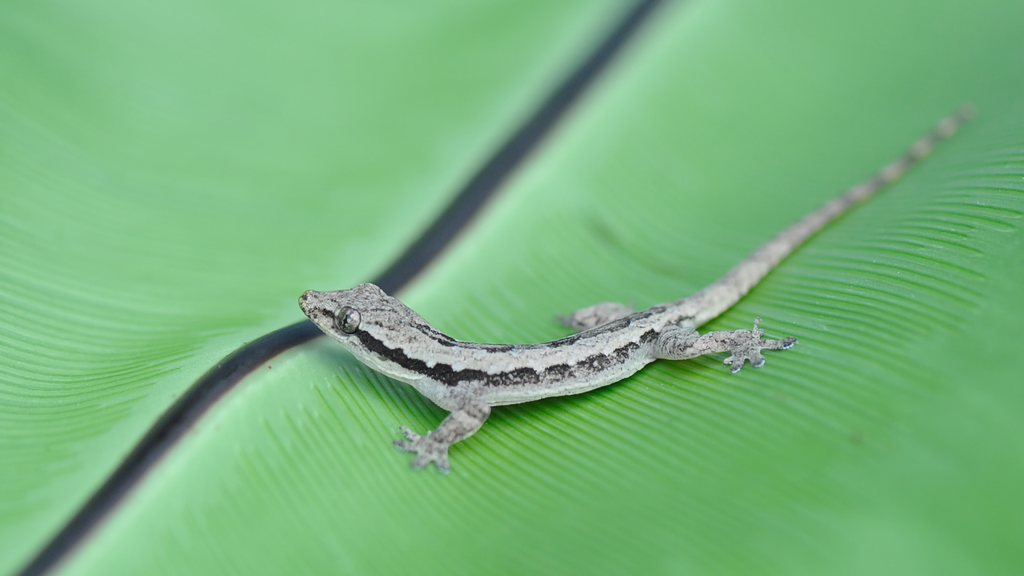 Gecko lizards’ amazing feats include not only climbing smooth vertical surfaces and walking on water, but their tails allow them to crash headfirst into tree trunks for a not-so-soft landing. This leaping lizard’s agile superpowers may be harnessed for robots.

Researchers in Germany and the United States recounted in a study published in Nature Communications Biology that geckos with no specialization for flight are good at gliding. Geckos are also notable for their incredibly sticky feet that allow them to climb slippery surfaces and even walk upside down on ceilings. But the researchers found that their tails are just as pivotal in their panoply of super powers.

The authors of the paper used a gecko-inspired robot to confirm that the reptile’s locomotive abilities are enhanced by its tail. They observed that the Hemidactylus platyurus gecko can jump many yards from one tree trunk to another to avoid predators. The researchers were surprised to see that this gecko can also crash into a tree trunk, brush itself off, so to speak, and return to gliding around.

A gecko was captured on video crashing headfirst into a tree, and its front legs lost their grip. The lizard then pitched back head over heels, supported only by its tail and hind legs.

Ardian Jusufi of the Max Planck Institute for Intelligent Systems in Germany, who led the group researching locomotion in biorobotic and somatic systems, has observed in the field how reptiles with and without a tail handle a short accelerating glide.

“Our attempts to film the small, camouflaged lizard in the rainforest revealed a fall arresting response nobody thought these geckos could do and showed us their tails were entirely underestimated,” Jusufi said.

“Previously, contact tails were thought to be used to maintain grip during rapid wall-running, while the findings presented here suggest that geckos exhibit exaptation of the behavior to improve the success of landing,” he said.

In an experiment, when a gecko with a tail jumped from a platform about 23 feet above the ground, it glided to a nearby tree. High-speed cameras recorded the leaping gecko as it reached a speed of nearly 20 feet per second, or nearly 14 miles per hour.

While a car would be heavily dented by such a crash, the gecko landed gracefully without falling off and moved away as if nothing happened.

However, geckos that had naturally lost their tails were unable to maintain their grip after the crash, falling off as a result.

The experiment showed how the tail of a gecko acts as a fifth leg, helping it stabilize after impact, the study’s authors believe.

Testing this belief back in the lab, the researchers hurled a soft robotic lizard onto a wall with an embedded force-sensitive scale (the simulated tree trunk). The surface was lined with felt, to which the robot’s Velcro-lined feet can stick, mimicking a real gecko’s highly specialized sticky feet.

Video showed that the robotic lizard reproduced the real gecko’s movement and remained on the tree. The robot hit the force plate just like a real gecko, tilting back its torso at a right angle to the surface.

When the researchers measured the force that the front and back feet of the robot endured upon impact, they found that the longer the tail, the lower the force pulling the back feet away from the surface. The lower that force, the easier it is for the robot (and likely the animal) to hold on. But without a tail, the forces on the back feet become too high, causing the robot to lose its grip and bounce off.

The tail is essential for the gecko to stabilize itself on a vertical surface after colliding with it at high speed, the authors of the study concluded.

“This field discovery on the perching behavior of geckos has important implications for our understanding of tails as multi-functional appendages that animals can rely on. Ranging from inertial to contact tails, they facilitate the most extreme transitions, such as from gliding flight to collision with a wall,” said Jusufi. “One of the most dramatic transitions we can think of in multi-modal locomotion is to alight on a vertical surface from high-speed gliding flight to a standstill.”

Confirming those field observations would not have been possible without the help of the robot.

“With the robot, we were able to measure something we could not with geckos in the field. The wall reaction forces at the impact upon landing confirmed that the tail is an essential part facilitating the landing in subcritical glides. Our soft robotic lander not only helps to make an impact in another field, but it can also help improve robot locomotion by increasing robustness and simplifying control,” said Jusufi.

“Nature has many unexpected, elegant solutions to engineering problems, and this is wonderfully illustrated by the way geckos can use their tails to turn a head-first collision into a successful perching maneuver,” said study co-author Robert Siddall, of the Max Planck Institute.

“Landing from flight is difficult, and we hope our findings will lead to new techniques for robot mobility — sometimes crashes are helpful.”