“Majesty” is accused of controlling the finances and distribution of drug-trafficking areas of a criminal organization. 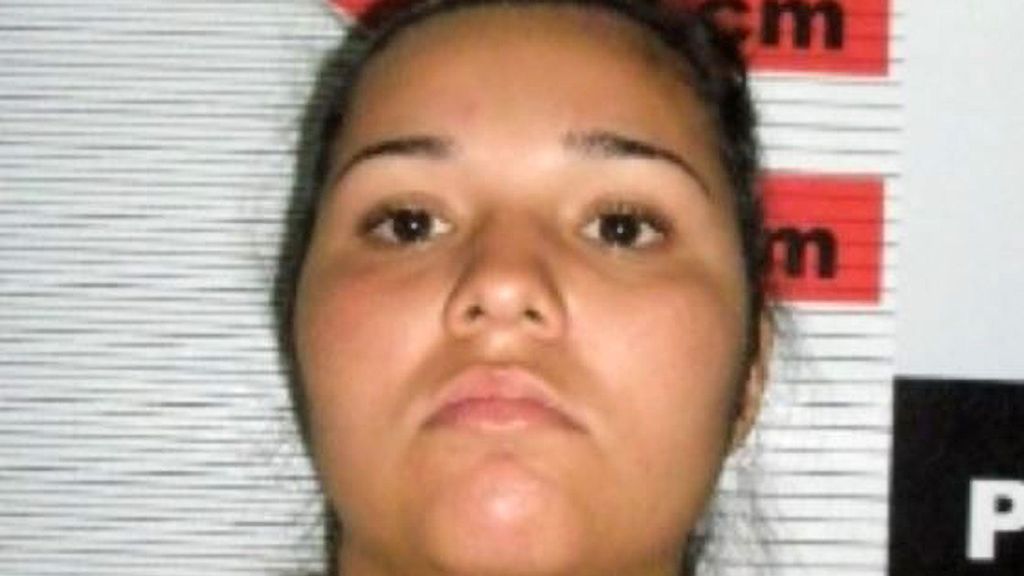 Francisca Valeska Pereira Monteiro, suspected of leading a criminal organization in Fortaleza, the capital of Ceará, Brazil, was arrested Aug. 26 by the Civil Police of the state of Ceará, (SSPDS/Zenger)

A woman known as “Majesty,” suspected of being responsible for the financial control and distribution of drug-trafficking areas of a cartel, has been arrested while vacationing in southern Brazil.

Francisca Valeska Pereira Monteiro, 27, who allegedly leads a criminal organization in Fortaleza, the capital of Ceará, in the country’s northeast, was arrested Aug. 26 by the Civil Police of the state of Ceará, according to a statement by the Secretariat of Public Security and Social Defense (SSPDS).

Civil police officers from Ceará tracked Valeska more than 2,400 miles to arrest her after she broke her ankle monitor in April. They located her in Gramado, in the Brazilian state of Rio Grande do Sul, where she “was taking advantage of her vacations to visit the tourist attractions … while members of criminal groups were fighting over the territorial dispute, often resulting in homicides,” the SSPDS stated.

Police Chief Klever Farias said Valeska had spent a month in the northeastern state of Rio Grande do Norte and then two months in the southeastern city of Rio de Janeiro, where she stayed in the upscale neighborhoods of Copacabana and Ipanema.

Valeska then traveled to Gramado. She has a prior record for theft, criminal association, crimes against public trust and drug trafficking. She had also been arrested for allegedly leading a gang that robbed residential and commercial properties in Fortaleza in 2014.

She came to the attention of police again last year after they discovered she was doing the accounting for the criminal gang based in Rio de Janeiro, with a branch in Ceara.

Valeska was dubbed “Majestade” (Majesty) after she reportedly spent her earnings from the gang’s drug-trafficking proceeds on a life of luxury.

On the same day she was arrested, police also arrested a man and a teenager believed to be from the same criminal gang in the municipality of Itaitinga in Fortaleza. They seized two pistols and 80 rounds of ammunition from them.

Another man, identified as Mateus de Souza Silva, and another teenager believed to be from the same gang were arrested on Aug. 30. Police said they seized drugs, precision scales, a weapon and cash during those arrests.