Scientists ask amateur astronomers to help seek clues about the origin of water, among other celestial mysteries. 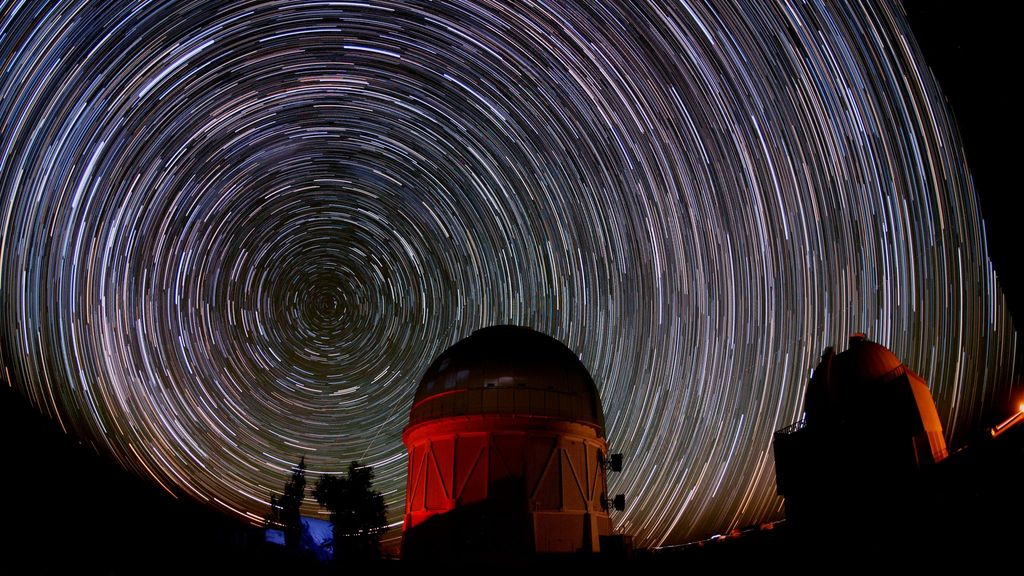 Astronomers are searching for active asteroids — those with tails — and they're using images from the Cerro Tololo observatory in Chile. This time-lapse photo shows the night sky over the observatory. (U.S. Department of Energy)

Astronomers are asking volunteer “citizen scientists” to search the sky for what they call “active” asteroids in an effort to find clues to two of the greatest mysteries of the universe: the origin of water and, just maybe, whether earthbound humans are alone in the universe.

Of the estimated 10,000 asteroids in our solar system, fewer than 30 have been classified as active asteroids — those with tails — prompting scientists to call for help from hobbyists and part-time sleuths to find a larger sample to study.

“With the generous help of ‘citizen scientists,’ we hope to quadruple the number of known active asteroids and encourage study of an ambiguous population of solar system objects, knowledge of which is currently hampered due to a very small sample size,” said researcher Colin Orion Chandler.

Chandler is pursuing his doctorate in astronomy at Northern Arizona University. With funding from the National Science Foundation, he launched a crowdsourcing project that depends on volunteers to spot and identify the celestial objects.

The raw material is already there, Chandler says, an archive of images taken by a telescope in Chile. Its photos have 50 times the pixel resolution of a smartphone, and it’s by far the most light-sensitive space survey of asteroids.

“We need to examine 5,000 square degrees of the sky in the Southern Hemisphere, which means there are many — more than 10 million — asteroid images to classify,” said Chandler.

So far more than 200 volunteers have completed about 4,800 classifications of 295 objects in the night sky.

“It has been years in the making, from selection by the NSF until this launch,” said Chandler. “Even during the preparations for the project launch, we have made several important discoveries, including a new active object and uncovering information about several previously known objects.” He said the work has led to three published papers scientific journals, with more to come.

The core of his project is the search for answers to some of the universe’s most profound questions, and asteroids with tails could produce answers.

“As strange as it may sound, these objects actually exist,” said Chandler. “They hold clues to where terrestrial water came from and where water in the solar system is located today.”

Active asteroids could also be sources for fuel and air for future deep-space missions. And since there is often life where water is found, the project could also assist in the search for life beyond planet Earth.

Chandler and his colleagues have made discoveries along the way that are unexpected and momentous, even during the project’s test phase. A smudge kept showing up around a particular Centaur, an icy object in orbit between Jupiter and Neptune. Centaurs are minor planets and planet-like bodies that are difficult to observe. They sometimes have comet-like tails; many orbit regions that are too cold to allow ice to melt.

Using telescopes, Chandler’s team established that the object was active, and it’s now re-categorized as a comet. Their findings were published in The Astrophysical Journal Letters.

Chandler expects the active comet project to be completed within a year. He’s providing training through Zooniverse — no experience necessary.