A successful test launch could open the way for thousands of tons of debris to be cleared from Earth’s orbit. 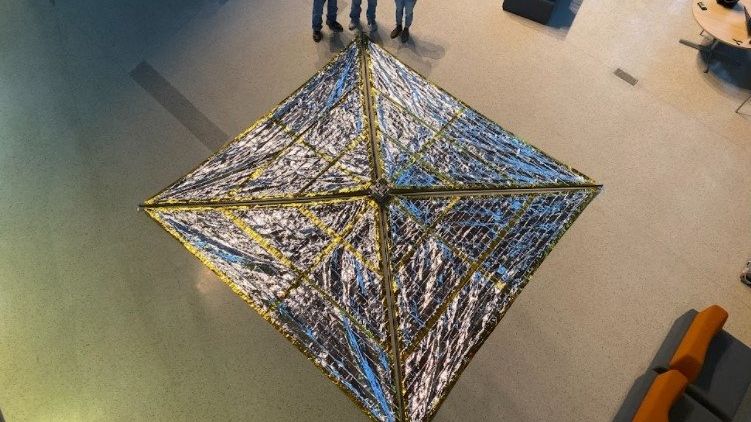 When Spinnaker3 launches into space on Thursday, it will be on a bit of a clean-up mission.

The drag sail developed by a team at Purdue University is being tested on its ability to deorbit from space. The process now takes months or years without assistance, leaving space vehicles among the more than 9,000 tons of debris orbiting the Earth at dangerous speeds, according to figures from the European Space Agency’s Space Debris Office.

“High-value orbits around Earth are getting congested,” said mission manager David Spencer. “If we don’t get satellites or other launch vehicle components out of orbit, then eventually highly utilized orbits are going to become unusable for other space systems.

“Drag sail technology is designed to launch with a host spacecraft or launch vehicle and deploy at the end of the host vehicle’s mission. The drag provided by the Earth’s atmosphere will accelerate the vehicle’s deorbit,” he said.

The Spinnaker3 will be launched from Vandenberg Space Force Base in California on a rocket from Firefly Aerospace as part of Firefly’s DREAM Mission to carry educational payloads into orbit. The drag sail is intended to deorbit the upper stage of the Firefly rocket, reducing the latter’s deorbiting process from 25 to 15 days.

Featuring carbon-fiber booms about 10 feet in length, Spinnaker3 rides on the exterior of the launch vehicle upper stage. It will deploy at the end of the rocket’s mission, using atmospheric drag in the deorbiting process. Fully deployed, Spinnaker3 measures 194 square feet. It is made of CP1, a fluorinated polyimide developed by NeXolve.

Images of the drag sail in space will be recorded by a camera mounted on the launch vehicle. The deorbit timeline will be evaluated based upon tracking data provided by the United States Space Command. Livestream video of the launch will be available through Everyday Astronaut.

A team of students, faculty and staff at Purdue’s Space Flight Projects Laboratory developed Spinnaker3 under the direction of David Spencer, who teaches aeronautics and astronautics at the school.

The booms for Spinnaker3 were provided by the NASA Langley Research Center under a NASA Space Act Agreement. California Polytechnic State University at San Luis Obispo contributed avionics for the Spinnaker3 payload and assisted with testing and installation of Spinnaker3 on the Firefly rocket.