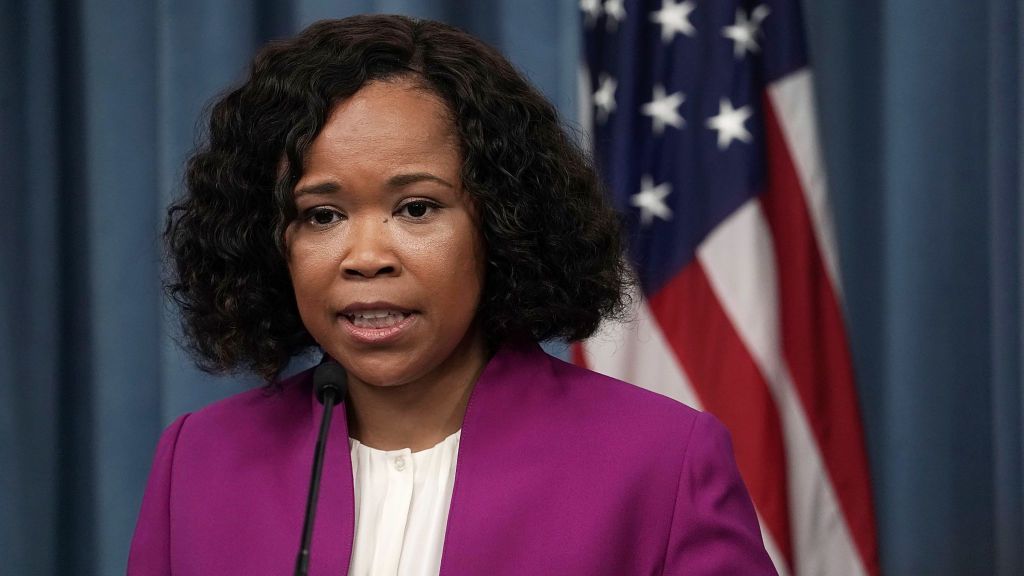 As a young girl, Dana W. White absorbed key lessons that would shape her worldview.

Her education began at the Charlottesville-Albemarle Tribune, a weekly black newspaper started by her grandfather, Randolph Lewis White, in 1954.

She worked cutting ad sheets, processing black-and-white photos and writing stories at the press, but the experience shaped her career. One that has taken her from humble beginnings in Virginia to the corridors of power in the worlds of politics, defense and global business.

“My grandfather taught me, and my parents taught me, you have to have a vision, you have to serve people, and you have to empower people,” said White, who became Chief Communications Officer for Hyundai North America in April 2020.

The Charlottesville-Albemarle Tribune, which ran until 2011, included opinion pieces from civil-rights activists such as Bayard Rustin and Vernon Jordan, along with local news and coverage of black cotillions, social-club events and the arts. Even White’s graduation from the Barrett Day Care Center, the only black nursery in Charlottesville, warranted coverage.

“My grandfather started the paper right after the Brown v. Board of Education [Supreme Court ruling]. He believed there was enough bad news about black folks in the regular newspapers, so he never published crime stories,” White said. “He wanted to share black people’s everyday lives. The paper was going through massive resistance at that time, so he wanted to share the card games, the Easter egg hunts and the debutante balls to show a fuller picture of who we are as a people.

“It was something black folks and certain white folks needed to see.”

White also served as assistant to the U.S. Secretary of Defense for Public Affairs and chief Pentagon spokesperson for the Department of Defense and former defense secretary James M. Mattis. She is a former director of policy and strategic communications for the Renault-Nissan Alliance in Paris, professional staff member for the U.S. Senate Armed Services Committee, and a Hong Kong-based Wall Street Journal editorial writer.

She also was director of the Washington Roundtable for Asia-Pacific Press at the Heritage Foundation, a publicist for Fox News and deputy press secretary for the U.S. House Republican Conference.

Despite her successes, White said she is cognizant of how she has been perceived as the singular black face in a room.

An early indicator of that awareness came during her days as an undergraduate studying East Asian Languages and Civilization at the University of Chicago, eventually becoming the school’s first black graduate in that field.

“When I entered the University of Chicago, there were 936 students and 36 were black. When I graduated, there were 707 and seven were black. I could go whole days without seeing another black face, other than the people who worked there.

“It broke me into a million little pieces, but it helped me recognized the need to make myself marketable. So, now they say, ‘that black girl who speaks Chinese? Oh, yeah, you mean Dana.’ ”

The challenges continued. While working as a student in the accounting department at the university hospital, a friend’s mother mistook White for a cleaning lady.

“One of the biggest challenges is always being underestimated. People think so little of you, and know nothing about you — other than the fact that you walked into the room with black skin,” she said. “It was so counterintuitive because it’s not like I walked in with a mop and bucket. I walked in with a UC sweatshirt on and carrying a clipboard.”

Yet, as she continued to navigate her career, from her early days as a young staffer at the family newspaper to the halls of influence, she thrived on being underestimated.

“Rather than get upset about it, it’s more about me showing up and being who I am,” White said. “If you start to meditate on what people think about you, that’s a battle you’ll never win. I feel privileged to walk into a lot of rooms, but I don’t think a lot about glass ceilings or being a first. I think about being the best I can be.”

White has distilled her business philosophy in 10 lessons:

Always do the right thing regardless of consequences

“The times that I’ve regretted the most were those when I knew the right thing to do, but didn’t. At the end of the day, you’re going to have to meet your creator, and he’s going to ask what you did. I’d like to know that I did the right thing.”

“The best leaders I’ve ever known admit what they don’t know. But they are so thirsty for knowledge. They stay curious and know they don’t have all the answers.”

Tell your own bad news first

“Get out in front of it; don’t hide. You’re the person who can best tell your story and own it. Everybody makes mistakes, but if you don’t admit your mistakes and what you’re doing to fix it, you breed mistrust and credibility issues.”

Be accountable for your actions, decisions and attitude

“I’m a big believer that the only things you can control in life are what you say, your attitudes and what you do with your arms and legs. What separates the bad leaders from the good leaders is that bad leaders try to shift blame; good leaders own their decisions and outcomes.”

Inspire, teach and coach others

“Every leader has a shelf life; maybe two to four years in Washington politics, for example. There is a reality that ‘I’m not going to be here forever.’ But the best way to ensure that you stay relevant and your experience stays relevant is by teaching other people. I wish more people understood that their legacy is not in what they do, but in who they inspire.”

“One of the challenges of leadership is that very few people tell you the truth. Good leaders understand that it’s about the mission and getting things accomplished. If you can speak truth to them, that’s incredibly valuable.”

Anyone can identify a problem; leaders provide solutions

“There are people that complain, complain, complain. But the difference between them and people who lead is that leaders come up with solutions. Anyone can see that it’s raining outside, it’s not rocket science. Leaders say ‘I got that, but this is how we’re going to move forward.’ When leaders see that in their managers, they definitely consider that when promoting people.”

Learn something new from every person, conversation and task

“You have something to learn from everyone around you, whether they ae the janitor, office clerk, senator or CEO. People have stories and information, if you’re willing to listen.”

“If I get hit by a Mack truck, and Jose [José Muñoz, president and CEO of both Hyundai Motor North America and Hyundai Motor America] has an interview, my team has to step in and take care of it. Their attitude has to be ‘too sad, too bad, Dana got hit, but we’ve got Bloomberg at 11.’ If you can ensure your team can carry on without you, it makes for a better team.”

Seek advice from people closest to the problem. They likely have the solution

“You’ll often find that people will come up with all kinds of big ideas, but they are removed from the actual issue. What seems like a good idea at headquarters may not be functional on the ground. Great leaders who are dedicated to the mission and solving problems will listen to the junior people on the ground.”

Though a vital part of Hyundai North America’s C-suite of executives, White is committed to the idea that she has an obligation to bring others like her into senior leadership fold. At a recent Women of Hyundai talk on leadership, she told the group: “My greatest asset is helping, particularly women of color, tell their best story. I hope my story helps inspire them to say: ‘If Dana can walk into a room of generals and admirals, then it can be done.’”