VIDEO: Chick Me Out: Adorable Baby Penguin To Be Star Of Wildlife Survival Conference

Young king penguin will help teach the world about conservation. 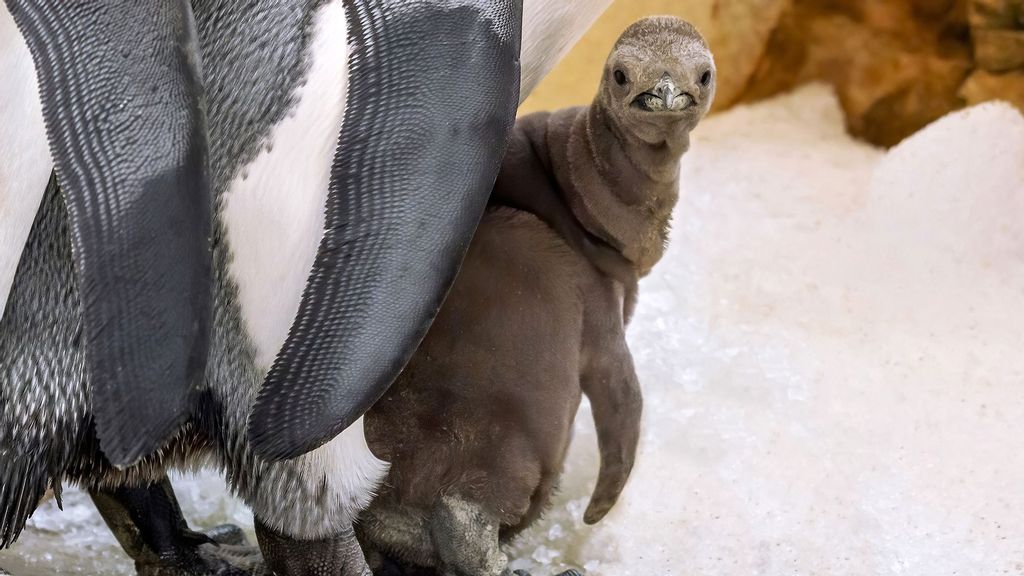 The king penguin chick born in the Tiergarten Schonbrunn Zoo in Vienna, Austria, in July is beginning to explore its surroundings. (Daniel Zupanc/Zenger)

A new star has emerged in an Austrian zoo — a month-old king penguin chick that has started exploring its enclosure.

The chick hatched at Tiergarten Schonbrunn Zoo in Vienna on July 26 as a part of a conservation program. It will be presented at the zoo’s Species Conservation Conference Sept. 3-5.

The furry chick is seen in a video with its mother and other penguins, wandering around its habitat.

King penguins, which represent the second-largest penguin species, are the only penguin species other than emperor penguins that do not build nests. Instead, they stand upright and incubate the egg on the tops of their feet under a loose fold of abdominal skin called a brood patch, the zoo states.

“This is where they keep the chick warm for the first few weeks,” said Stephan Hering-Hagenbeck, zoo director. “The young animal is now over 7.8 inches tall and only fits between feet and stomach with great difficulty.”

The species is native to the Subantarctic islands at the northern reaches of Antarctica, the island of South Georgia and other temperate islands of the region.

King penguins can dive more than 300 feet and have been recorded at depths greater than 1,000 feet on foraging trips.

All the penguins at the Vienna zoo are important “ambassadors” and advocates for their species in the wild, which face issues related to climate change and environmental pollution, according to Hering-Hagenbeck.

At the upcoming zoo conference, more than 21 nature and species protection organizations will present their work. Conference activities will include determining the age of trees with the help of experts from the Austrian Federal Gardens and painting workshops supported by the Vienna Environmental Protection Department.

The Ocean Blue Project will provide information on marine protection and plastic waste problems in global waters, and the Austrian Ornithological Institute will help enthusiasts learn how to look for animal tracks.