He created one of the most influential rap labels in the city almost 30 years ago. 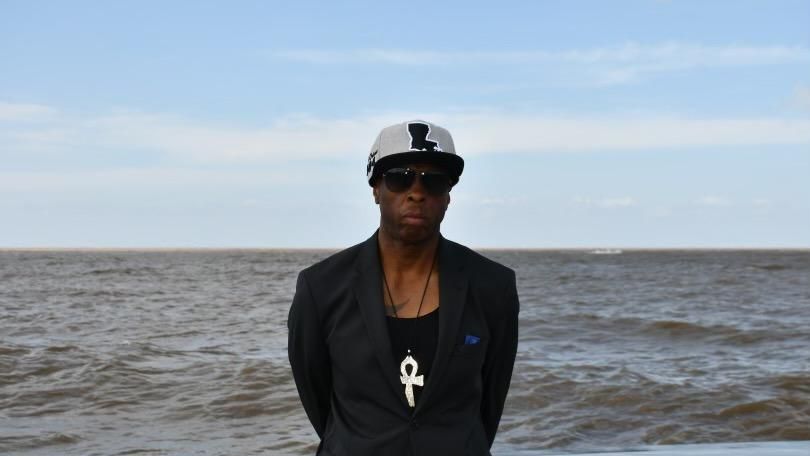 NEW ORLEANS — Mobo Joe set the rap world on fire in the early ‘90s when he created Mobo Records. That label housed some of New Orleans’ most innovative rap groups, including Lower Level Organization, Ruthless Juveniles, and Dog House Posse. It would later work with local legends like Ricky B, Cheeky Blakk, MC Spud and the late great Tim Smooth.

Mobo Records became a well-known enterprise in New Orleans throughout the decade following its founding in 1992. Mobo Joe released his first solo project in 2004, “Federalli,” after he got out of prison. He now runs a successful trucking business; just penned his first book, set to be released later this year; and is working on turning his “Lac’A’Moe” show into a podcast.

This interview is part of a Louisiana Legends Series, featuring talks with individuals from the Pelican State who have carved out a legacy for themselves.

Zenger: What part of New Orleans are you from?

Mobo Joe: I’m from the Westbank and my neighborhood is called Manhattan. That’s where I was born and raised.

Zenger: What is the Westbank most known for?

Mobo Joe: The music. We had some real good rappers came from the Westbank in the very beginning.

Zenger: What would you say your biggest contribution to New Orleans and Louisiana in general has been?

Mobo Joe: I had a lot of people came up to me after I started my label and was like, “Man, you give us the opportunity to go on and start our own businesses and our own label.” These were people that I never met or knew and when I met them, that’s some of the things they would tell me. I guess my business ethics had a lot to do with my label being successful.

Zenger: You always had colorful tapes and CDs, like the lime green Lower Level Organization album. Was that a strategic and intentional move?

Mobo Joe: Exactly. I really liked putting out something that was real eye-catching because back then, you walked in record stores and that was the first thing you’re going to see. I liked putting something out there with my logo on the album cover that would catch your eye.

Zenger: You were one of the first guys to make rap groups in New Orleans popular with such performers as Lower Level, Dog House Posse and Ruthless Juveniles.

Mobo Joe: I was definitely the first label to take it to that level.

Zenger: What was the moment when you knew you had something special?

Mobo Joe: The particular song was “Give It Up” by Ruthless Juveniles, which was on their first album, “Hard As Tha Fxxk.” When I did the Lower Level, I didn’t record it at my house. I recorded at the studio. With Ruthless Juveniles, I started doing pre-production at the house. I’ll never forget, I came in kind of early, and I went to sleep about 8. I woke up about midnight and I heard the beat that Death had, and I heard Lil Badness rapping on it. That was the moment and the song that I knew I had something special. When I think about it, I go right back to that time.

Zenger: If you could do one thing over or differently, what would it be?

Mobo Joe: If I could do one thing over in my life, or if I had advice to give any young person, I would tell them to plan 25 years in advance. I didn’t plan ahead. We just lived day-to-day. If I would have planned 25 years in advance, there is no telling how powerful I would be.

Zenger: Was there any artist that wanted to work with you, but never did?

Mobo Joe: Soulja Slim. I had come home (after serving time for drug possession) and was working at Peaches Records. Slim and Krazy came in the record store, and I’m always in good spirits. They walked in and they were doing their No Limit thing, and I was like, “Man, ya’ll are the big dogs. I ain’t nobody.” And I’ll never forget … you know in New Orleans we don’t pay homage to legends. When I said that, Slim stopped what he was doing, he walked over there and he was like, “Who, Mobo Joe? We came up with Lower Level, Ruthless Juveniles, Dog House and Mobo Records.” He was telling me that he was in Angola with 4-Shob from Ruthless Juveniles. He told me that he heard he was about to get out, let’s link up and do something together. I was like, “Alright.” But we never got a chance to do it, and that’s something I have always regretted.

But I was just coming home. I was trying to get back in position to do for my loved ones and my kids, and I never got around to it. Not expecting what happened to him to happen (Soulja Slim was shot and killed on Thanksgiving Day in 2003). That’s a moment that I wish I could get back.

Zenger: When you hear people reference you as a legend, how does that make you feel?

Mobo Joe: It’s still a moment for me because some of the people who call me that are surprising to me. I love the fact that I was able to become a legend. When people call me that, I pat myself on the back.

Zenger: Who are your inspirations?

Mobo Joe: With the music, I learned everything hands-on. But with everything in my life, my dad and my mom were my inspiration. My dad had his own business. I lost him when I was 15, but he took me a lot of places with him, so I was able to watch how he did business. He was a good, honest man when it came to business. So that’s where I got that from.

When I got into the music in New Orleans, we didn’t have anywhere where we can go and learn, so I had to learn hands-on. In the industry in terms of anybody giving me that extra inspiration, it was Eazy-E. When he came out and I heard that “Eazy-Duz-It” CD, that made me want to do it. I’ll never forget, I was staying in the Desire Projects at the time, and they played, “Dope Man” on the radio, and man … I had never heard nothing like that. When I heard that, I knew somehow, I was going to find my way into this music thing.

Zenger: What are you up to these days?

Mobo Joe: I got my trucking business going. I’ve been doing that for the last 12 years. It’s real successful. I just finished a book on Ruthless Juveniles on Lil Badness, and it’s called, “Get Out Of Jail Free Card.” The book is not talking about ratting, it’s talking about Jim Crow Laws and things like that. A lot of these young dudes go to prison not knowing their rights and [legal motions] they could file. I should have it out in a few months.

I also have a show called, “Lac’A’Moe Show.” It’s going to be a podcast, but it’s more or less where I’m at right now. Mobo Joe and Lac’A’Moe is the same person, but a different mindset. I can’t do some of the songs I used to do because I don’t have that mindset anymore. I’m 54 now. And the name Lac’A’Moe came from me buying a Cadillac. Growing up, that’s the first car you knew a black man really had was a Cadillac. And your last ride is going to be in that Cadillac. I’m enjoying mine now, so I adopted the name, Lac’A’Moe, because I’m in Cadillac mode.

I do the program now on my Instagram and Facebook accounts for people who want to go check it out. My first topic is called, “The Worst Creature On Earth Is Man”’ We grew up thinking a black cat was bad luck — but only because man told us that. As an adult, you realize that that wasn’t the truth … They also told us sticks and stones may break your bones, but words will never hurt you. Words can hurt people.

That’s what the show is about. I’m just looking teach this younger generation … I talk about business; I talk about net and gross. A lot of people know how to gross money, but they don’t know how to keep up with their net. You may have a lot of money coming in, but if you’re not winning with your net, that gross don’t mean that much. It’s a food-for-thought show to teach people, and I will be dropping jokes on there and stuff to make people laugh, as well.