Only 15 roan antelopes are left in Kenya, which has set up an ambitious program to triple their numbers by 2030. 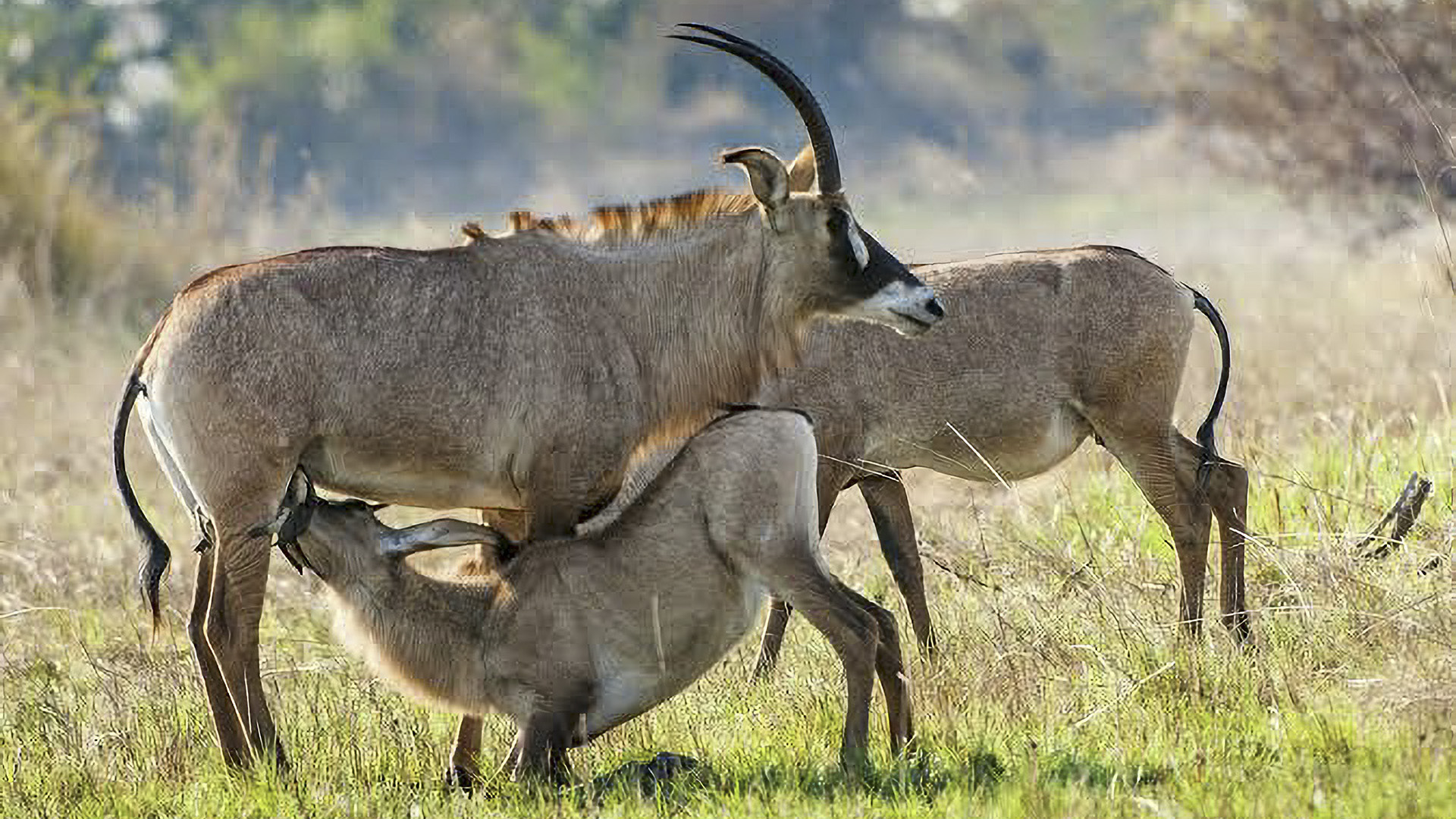 The International Union for Conservation of Nature puts the roan antelope under the “least concern” category citing its good numbers elsewhere in the African continent. (KWS)

NAIROBI, Kenya — Standing at a height of 135-160 centimeters, the reddish-brown roan antelope is the second largest among the African species. Although endemic to Africa, their numbers are dwindling due to natural and human threats.

In Kenya, where only 15 are left, the government runs a decade-long plan to protect and increase the antelopes.

“It is a long-term plan, and we intend to increase the numbers from 15 to 50 by 2030,” Cabinet Secretary for Tourism and Wildlife, Najib Balala, told Zenger News.

“We are engaging our scientists and partners to make this plan a success. The roan antelope is rare and distinctive in many ways, so when we have bigger numbers, we shall attract more tourists.”

The 15 roan antelopes include one adult male, 11 adult females, two sub-adult males, and an unsexed juvenile, according to Edwin Wanyonyi, the director of strategy and change at the Kenya Wildlife Service.

Previously, the animals largely inhabited the expansive Maasai Mara ecosystem and some parts of central Kenya, but currently, all the animals are at Ruma National Park in western Kenya.

The animals roam mostly a section of the park, which conservationists are developing as a predator-free breeding sanctuary for the roan antelopes.

Poaching reduced the animal population by 50 percent between 1970 and 1980, according to the Kenya Wildlife Service.

Even with heightened anti-poaching campaigns, snares are still commonplace at the Ruma National Park. Predators such as hyenas and pythons prey on calves and adults antelopes, eradicating entire families.

The International Union for Conservation of Nature has listed the roan antelope under the “least concern” category in its Red List citing its good numbers elsewhere in the African continent.

However, declining numbers put the antelope at high risk of extinction in Kenya.

Studies done by the Kenya Wildlife Service show predation rates on young ones between 1978 and 1980 went up by 38 percent in just two years at the park.

The head of species conservation and management at Kenya Wildlife Service, Shadrack Ngene, said the roan antelope usually hides their newborns while browsing, exposing them to pythons.

“They give birth to one kid at a time, after a gestation period of 278 days,” he told Zenger News.

“So with such exposure to risks, chances of upping their numbers are slim.”

An Antelope Management Committee formed in 2019 by the Kenya Wildlife Service guides the roan antelope’s national recovery plan in Kenya.

Part of the first phase of the recovery plan is implementing both in-situ and ex-situ management of its population.

“In this phase running to 2030, the program will be focused on active breeding, establishing a predator-free roan sanctuary, improving monitoring and surveillance to curb poaching, provision of palatable foliage, and involving the local communities in conservation,” Wanyonyi said.

Ngene says diplomatic engagements are ongoing to get some roan antelopes from Uganda to boost genetics and the numbers.

“The biggest challenge we face now is funding to implement the ten-year plan. It is a capital-intensive operation that requiring broad research and qualified personnel.”

Even with the challenges, Ngene remains optimistic that they will achieve 90 percent of their target within the specified time.

Through its M-Pesa Foundation and partners, local telecom giant Safaricom PLC donated $170,000 towards saving the antelope in January 2021.

“We want the numbers of the roan antelope to keep growing, and as part of our contribution to that effort, we are offering financial support to supplement government efforts,” he told Zenger News.

Part of the ongoing interventions is creating a buffer zone at the north-western part of the park where the antelopes will be secluded from external interferences.

“The funds provided by the foundation are going to monitoring and evaluation, building the capacity of the surrounding communities so that they can help our conservation efforts,” Betty Maitoyo, a member of the Kenya Wildlife Services board of trustees, told Zenger News.

Friends of Ruma National Park, a group of concerned conservationists, supplement government efforts by educating the local community on the importance of conservation and benefits from tourism.

“People around here used to view the roan antelope and other wild animals as a source of meat or income from their products, but now through our group, we are changing that perception,” Jared Otieno, one of the group members, told Zenger News.