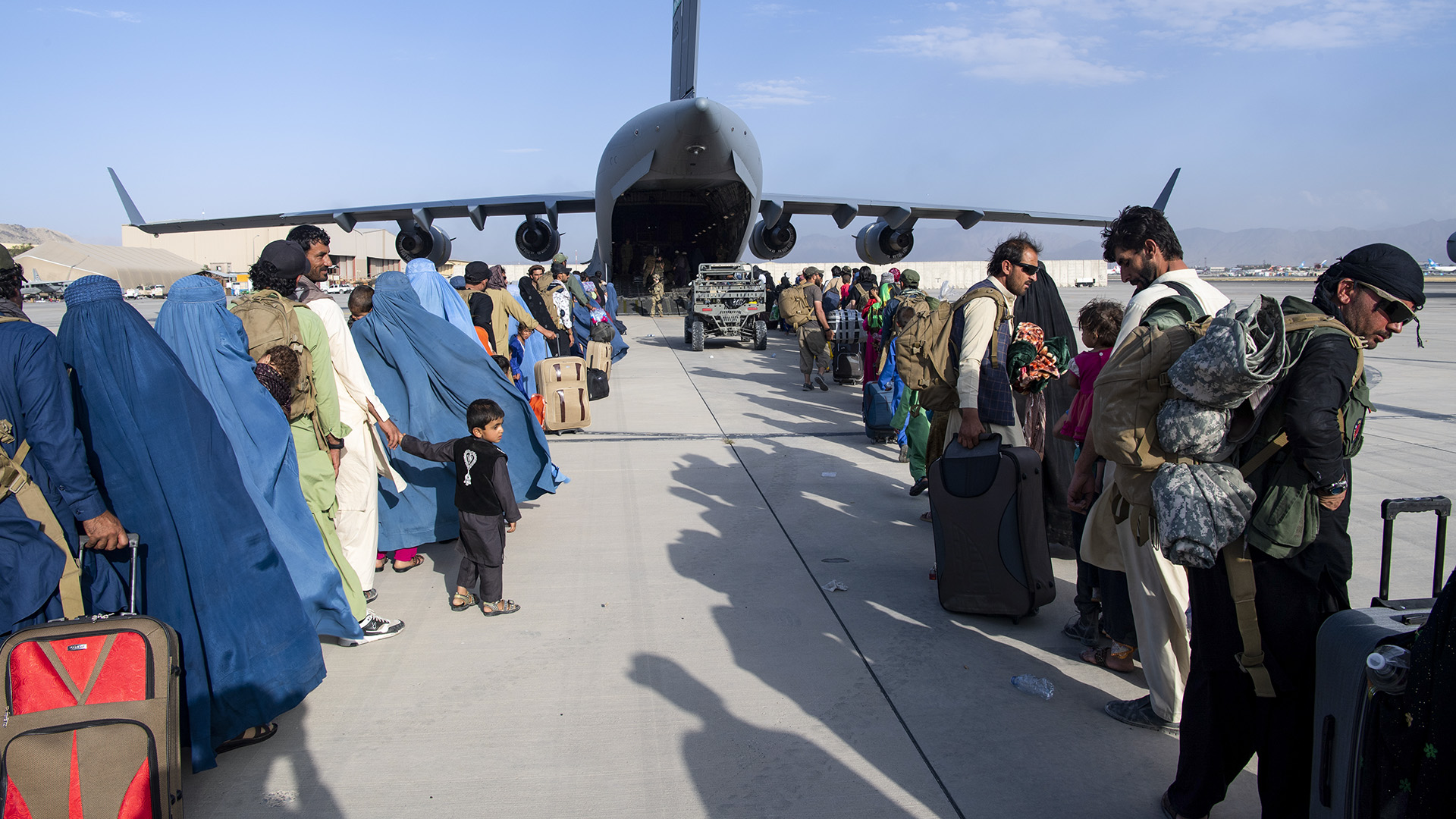 They were the first batch of 2,000 Afghan nationals whom the East African nation agreed to take in at the request of the United States government.

“The government of the Republic of Uganda received 51 evacuees from Afghanistan at the Entebbe International Airport aboard a privately chartered jet,” said the Ministry of Foreign Affairs in a statement on Aug. 25.

Ugandan officials and the United States Ambassador to Uganda, Natalie Brown, received the evacuees who were transported to the Imperial Resort Beach Hotel, a five-star hotel on the shores of Lake Victoria.

It said it did so in response to a request from the American administration to temporarily house “at-risk” Afghan nationals and others on their way to the United States and other places around the world.

Thousands of Afghans involved in the American war effort since 2001 qualify for a United States visa, according to the International Rescue Committee.

Uganda’s Minister of Foreign Affairs General Abubaker Odongo Jeje said more evacuees were on the way but did not say when they will arrive.

He said the government is doing all it could to evacuate Ugandans stranded in Afghanistan.

“We’re working so hard to get back home, but the information we have is that accessing Kabul International Airport is difficult,” he told Zenger News.

“We depend on our partners to help us get our people back home.”

The State Minister for Relief, Disaster Preparedness, and Refugees, Esther Anyakun, said some stranded Ugandans were to travel with the American evacuees but could not access the airport.

“We are making fresh arrangements to evacuate them safely,” she told Zenger News.

Uganda’s Minister of Information and Communication Technology, Chris Baryomunsi, said hosting the Afghan refugees is a matter of international law and honors Uganda’s cordial ties with the United States.

“Our decision to accept them is well-informed and in line with Uganda’s policy of welcoming refugees and those in need, as well as our responsibility as a member of the international community,” he told Zenger News.

“Uganda and the United States of America have had a long history of amicable bilateral relations. And we will continue to seek mutual objectives for the good of both countries.”

Uganda is home to one of the world’s biggest refugee populations, with almost 1.5 million people fleeing Somalia, South Sudan, the Democratic Republic of the Congo, Rwanda, and Burundi.

However, some Ugandans like Mwambutsya Ndebesa, a historian and lecturer at Makerere University in Kampala, said the sheltering of Afghan refugees could be a security threat to the Eastern African country.

“Hosting Afghan refugees is most likely to attract foreign terrorist groups like Al-Qaeda, ISIS [Islamic State in Iraq and the Levant], and Al-Shabab, that may destabilize the country,” he told Zenger News.

“Museveni is that person who can do anything to be a darling,” he told Zenger News.

“This issue of Afghan refugees coming to Uganda is intended to boost Museveni’s image abroad as a charitable person, allowing him to whitewash his record of human rights violations.”

The National Bureau for Non-Governmental Organizations (NGO Bureau) on Aug. 20 indefinitely suspended the operations of 54 organizations for failure to comply with statutory regulations.

Ordinary Ugandans, such as Musa Wandera, whose cousin, Richard Wanzala, is stranded in Afghanistan, said Uganda should have repatriated its people before admitting foreign refugees.

“This is so disgraceful to Ugandans; how can you allow your people to perish while bringing in foreigners to appease the West?” he told Zenger News.

“The Ugandan government seems unconcerned about Ugandans stranded in Afghanistan. We haven’t heard from my cousin since early this year.”

Besides Uganda, Rwanda will host 250 Afghan refugee students, making it the second African country to agree to absorb the American evacuees.

The semi-autonomous Somaliland state of Somalia has agreed in principle with the United States government to take in an unspecified number of Afghan evacuees, officials said on Aug.28.

Afghanistan’s only girls’ boarding school, School of Leadership Afghanistan, is relocating all 250 students, faculty, staff, and family members to Rwanda for a semester.

“While I can’t thank everyone here, I’d like to publicly express my thanks to the governments of Qatar, Rwanda, and the United States for their invaluable assistance,” the school’s president and co-founder, Shabana Basij-Rasikh, said on Twitter.

While the exact arrival date is unknown, Basij-Rasikh said the evacuees are on their way to Rwanda after passing through Qatar.

“As soon as the situation on the ground permits, we hope to return to Afghanistan. For the time being, I’d like our community’s privacy.”

Rwanda’s Ministry of Education welcomed them in a tweet:

“The Ministry of Education looks forward to welcoming the SOLA community to Rwanda for your study program. Murakaza neza [meaning ‘welcome’ in Kinyarwanda].”