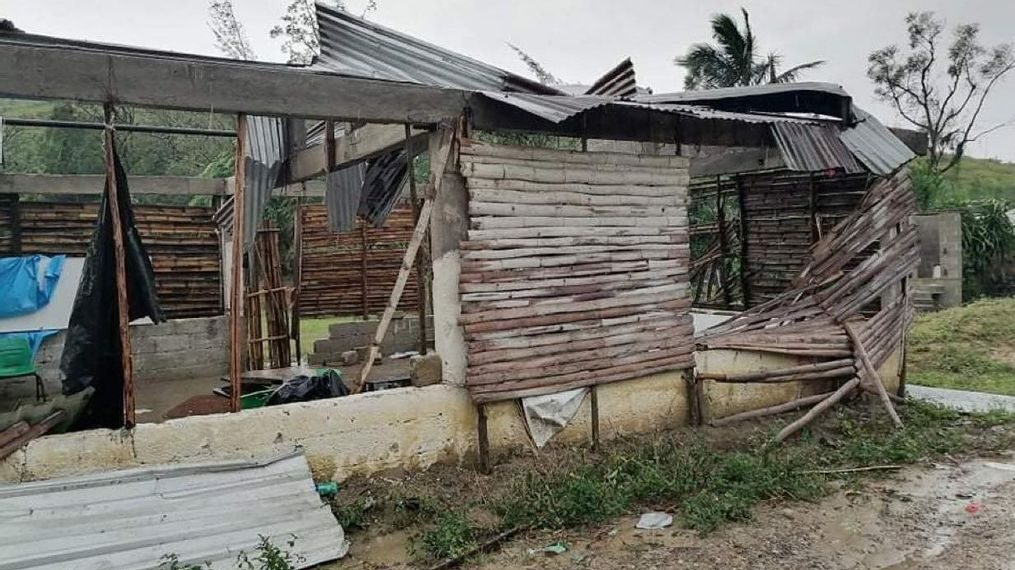 Hurricane Grace hit the Yucatán peninsula in Mexico on August 19 and a few days later, struck Veracruz and Puebla, leaving at least 10 deaths and serious material damage in its wake.

With strong winds of up to 127 miles per hour, the storm ravaged 64 municipalities in the Mexican state of Veracruz: 11 have mudslides, and 32 have suffered the effects of strong winds. The government declared a state of emergency in 22 municipalities to allocate federal resources to the affected areas.

Several communities within the municipality of Tecolutla — one of the most affected — remain isolated. There are power and internet outages, and some lack drinking water. Tecolutla’s residents have had to search for water and food in nearby cities, a complicated task for those who do not have a vehicle.

“The wind began blowing, and the rain started to drop Friday evening. Around midnight, the winds were very strong already. About 2 a.m. [on Saturday], the roof’s tin sheets were blown away. Even the animals were flying, and many trees fell,” said Rosa Guzmán, a resident of the Cañada Rica community in Tecolutla.

“I had never experienced something like this. I got pretty scared, and we were all praying,” said Guzmán, who lost her tin roof during the hurricane.

The storm wrecked several houses built with bamboo and palm roofs in Cañada Rica, and houses on the stream banks were flooded.

Irving Villalpando, a resident of Hueytepec, lost the house where he lived with his in-laws. “The house is ruined. … A tree fell behind it and broke the whole roof; the tin sheets fell apart. Unfortunately, it flooded. Everything went to waste in the blink of an eye,” he said.

Most of the region’s residents are farmers working in citrus, banana and corn crops. The storm struck their fields and destroyed their crops. Returning to normality will take at least eight months, the farmers say.

As part of a plan undertaken by the federal government, different municipalities began a victim registry on August 25. Its purpose is to evaluate the delivery of aid to those who need it.

Mexico’s President Andrés Manuel López Obrador has said the Federal Electricity Commission is working to restore power in the affected areas. He has asked the population for patience.

But residents say the losses are enormous and government aid takes a long time to arrive.

“The trees lost more than 95 percent of their fruit, and it won’t be [harvested]. The fruit is not big enough to sell it … [In its current state,] it may not have enough juice,” said Luis Méndez, a citrus farmer in Tecolutla’s neighborhood Ignacio Zaragoza.

“Let’s see how we recover from the losses. Unfortunately, the government has not given any aid or food. Recently, [officers from] the Civil Protection office came, but just to make a census. Everything is very slow,” he said.

The season has been difficult. After Hurricane Grace in Veracruz, Hurricane Nora struck Manzanillo, Puerto Vallarta and Mazatlán in Mexico’s west coast. Hurricane Ida hit the U.S. coast on the Gulf of Mexico.

«Previous Post
Swat A Nightmare: Millions Of Deadly Mosquitoes On The Move»Next Post
VIDEO: Chick Me Out: Adorable Baby Penguin To Be Star Of Wildlife Survival Conference