‘Charging Room’ Powers Lights, Laptops And Cellphones Over The Air

Innovation could mean no more power cords for cellphones and laptops. 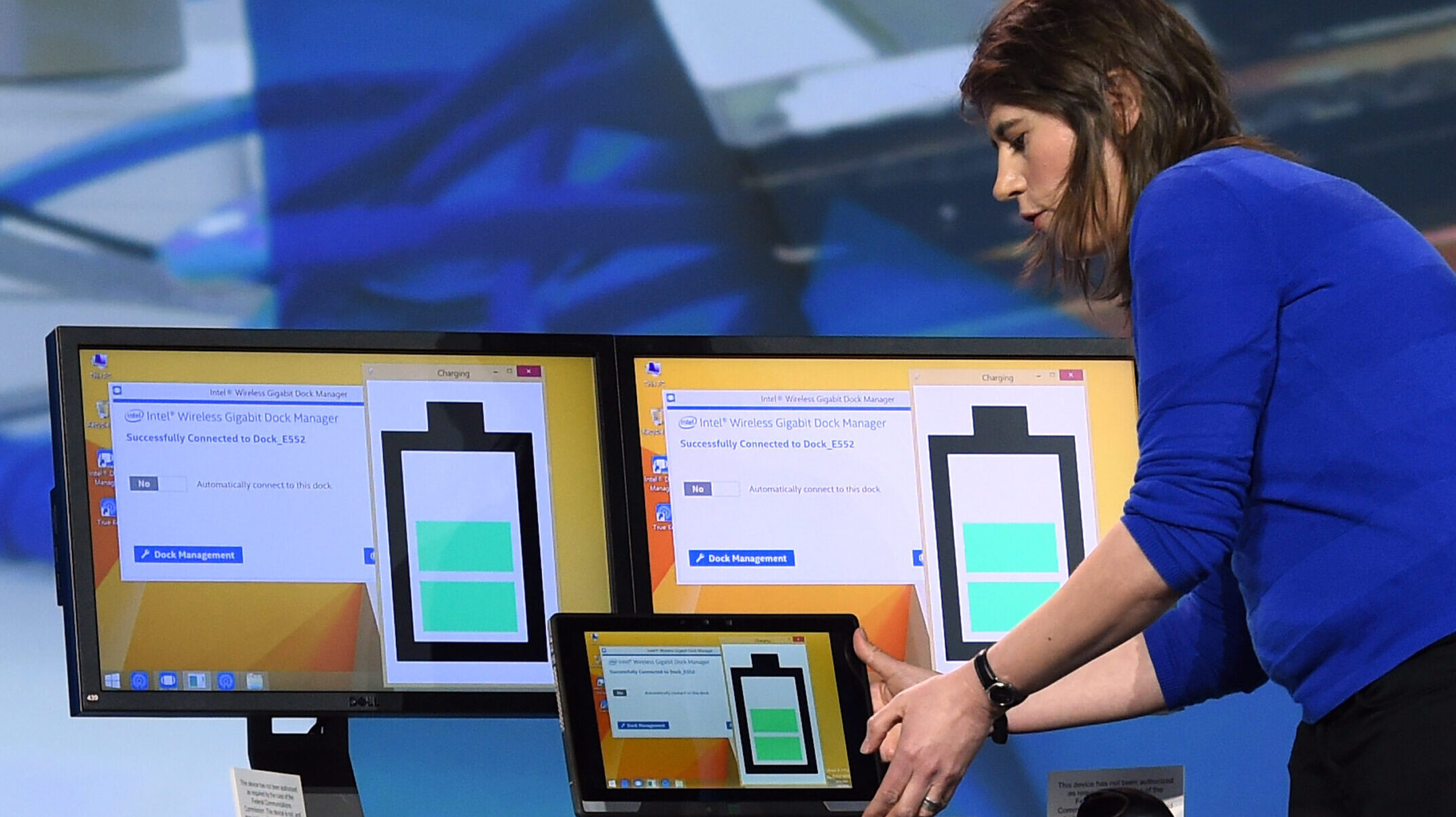 Wireless charging technology has been around for years, but it requires devices to contact a magnetic field generated by an electric charger. Now a research team is demonstrating that an entire room can be a wireless charger, allowing people to free themeslves from cords and cables entirely. (Ethan Miller/Getty Images)

‘The next generation of wireless technology could turn entire buildings into over-the-air charging zones for cellphones and other devices.

Wireless electrical power would untether laptop computers, smartphones and implanted medical devices. And it could unleash the power of mobile robotics in factories and homes, said Alanson Sample, associate professor in the electrical engineering and computer science department at the University of Michigan.

“This really ups the power of the ubiquitous computing world — you could put a computer in anything without ever having to worry about charging or plugging in,” Sample said.

“There are a lot of clinical applications as well; Today’s heart implants, for example, require a wire that runs from the pump through the body to an external power supply. This could eliminate that, reducing the risk of infection and improving patients’ quality of life,” said Sample, the co-author of a paper about “room-scale wireless power transfer” published in Nature Electronics.

Sample and researchers at the University of Tokyo built an aluminum test room measuring roughly 10 feet by 10 feet. There they wirelessly powered up mobile phones, fans and lamps, drawing electrical current from everywhere in the room regardless of where furniture and people were located.

Testing with anatomical dummies, Sample and colleagues delivered at least 50 watts of power everywhere in the room without exceeding government-established guidelines for exposure to electromagnetic energy. According to Sample, higher levels of power delivery are possible.

Most smartphones can charge quickly on 25 watts of power A MacBook Air laptop draws 45 watts when it charges. Most laptops, however, require 65 watts or more.

A room-size charging environment, the study’s authors say, would be a big improvement over wireless systems that rely on dedicated charging pads or expose users to harmful microwave radiation.

Sample, who worked for research labs at Disney and Intel before joining the University of Michigan faculty, said the group had to figure out how to produce a magnetic field powerful enough to charge devices while also limiting the kind of exposure that can heat and damage human tissue. They used a conductive surface on their test room’s walls, and a conductive pole, to generate magnetic fields. And a series of capacitors inserted in wall cavities did the work of storing energy as the fields circulated around the room.

“Something like this would be easiest to implement in new construction, but I think retrofits [into existing buildings] will be possible as well,” said researcher Takuya Sasatani, a project assistant professor at the graduate school of engineering at the University of Tokyo. “Some commercial buildings, for example, already have metal support poles, and it should be possible to spray a conductive surface onto walls, perhaps similar to how textured ceilings are done,” he said.

Magnetic fields travel in circular patterns, producing dead spots in square rooms. “Drawing power over the air with a coil is a lot like catching butterflies with a net,” Sample said, explaining this limitation. “The trick is to have as many butterflies as possible swirling around the room in as many directions as possible. That way you’ll catch butterflies no matter where your net is, or which way it’s pointed.”

To ensure coverage, their system generates two separate 3D magnetic fields. One field circulates around a central pole in the room, and the other covers the corners by traveling between adjacent walls. The method could work in larger structures like factories and warehouses, the researchers said.