Single litters are rare, so the newborn has access to all of its mother’s milk and the group’s attention. 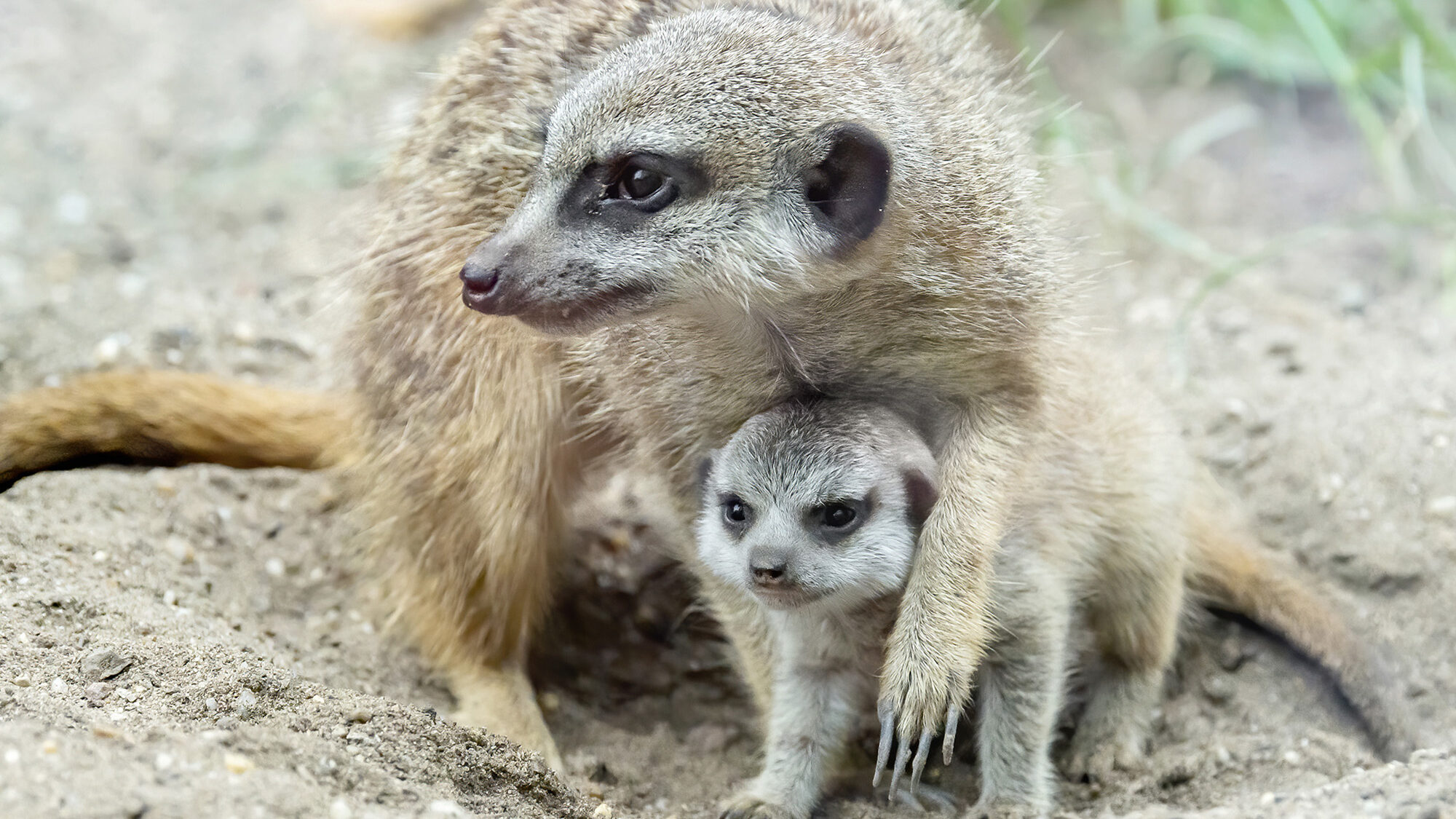 The meerkat pup was recently born in a zoo in Vienna. (Daniel Zupanc/Zenger)

A meerkat delivered a pup that recently made its first public appearance in an Austrian zoo.

Mom Zuzu gave birth at the Tiergarten Schonbrunn Zoo in Vienna. She become a mother for the third time on July 25.

The single birth in Zuzu’s underground cave is rare. There are usually two to four animals in a litter.

The pup, whose gender is still unknown, weighed about 1 ounce and was blind at birth. But the zoo reports it has developed well and joined the rest of its seven family members in the outdoor enclosure.

A distinct advantage for this pup, according to zookeeper Nadine Brauer, is it has access to all of its mother’s milk, since there were no others in the litter.

“In addition, as an only child, it enjoys everyone’s complete attention. Older sister Chimara likes to look after the little one and play with it as well,” she said.

Meerkat family groups are called gangs or mobs. An alpha pair leads the group — with the female being the most dominant.

The newborn was suckled for the first few weeks, but has recently started eating insects. It now stands upright on its hind legs to keep an eye out for birds of prey and other dangers, along with the other members of its group. These animals can move at a speed of 20 mph.

Meerkats feed on beetles and lepidopterans, though they also include amphibians, arthropods, small birds, reptiles and plant material in their diet. They are listed as a least-concern species by the IUCN Red List of Threatened Species, are small predators native to the savannas and semi-deserts in Southern Africa.

Meerkats are members of the mongoose family. The species live in burrows that have moderated internal temperatures and provide a comfortable microclimate that protects them in harsh weather against extreme temperatures and environmental conditions.

Zoo Director Stephan Hering-Hagenbeck, who researched African reptiles during his PhD studies in the Kalahari Desert, which covers much of Botswana, and parts of Namibia and South Africa, said meerkats are mischievous animals.

“They kept sneaking into our tent to steal reptiles or our own food,” he said.