VIDEO: Meet The Female Hummingbirds That Avoid Male Bullies By Looking Like Them

The colorful plumage keeps the bullies away, allowing the females more time to feed — which is crucial to their survival. 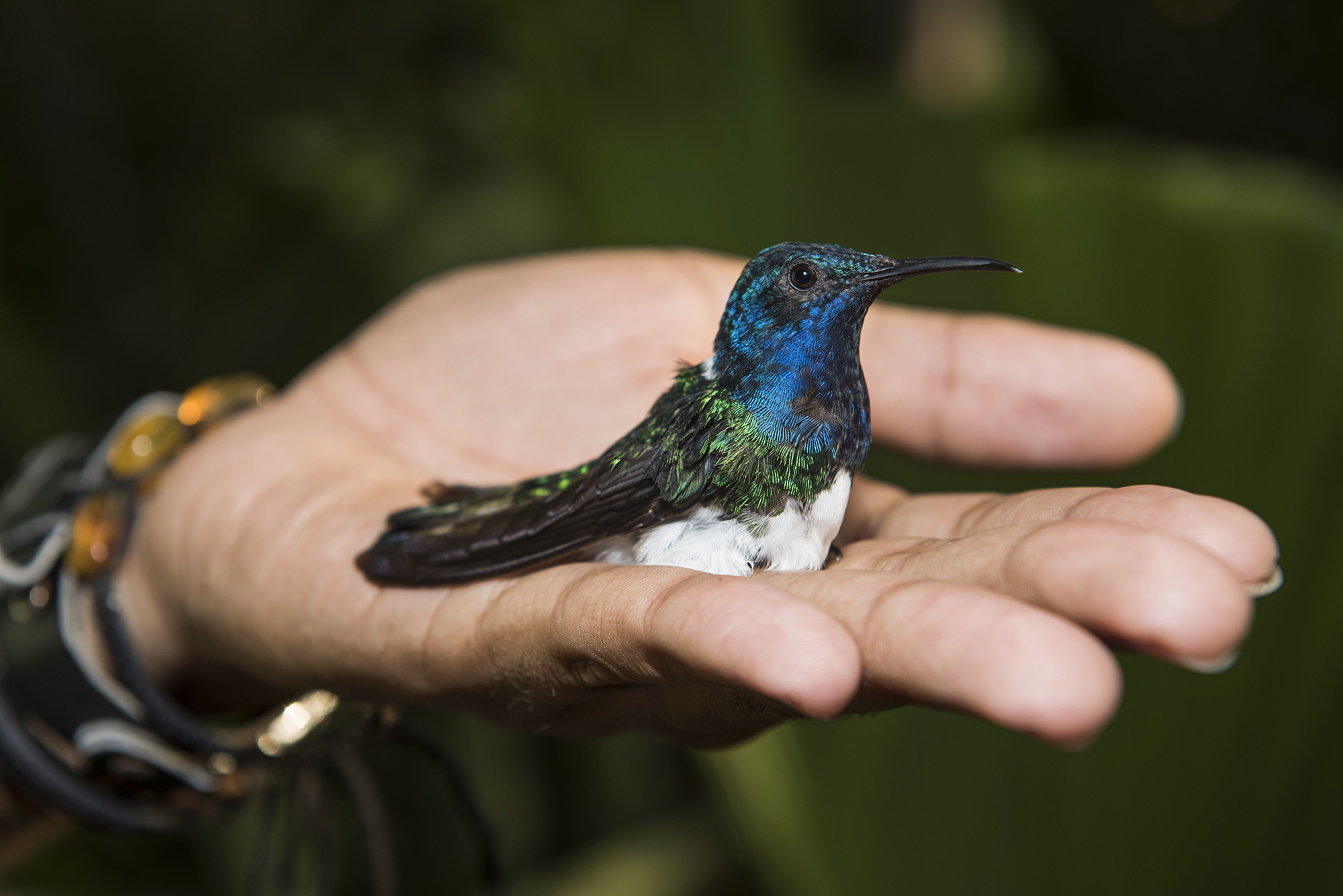 A female white-necked jacobin hummingbird that has retained the bright plumage of a male. (Irene Mendez/Zenger)

Some female hummingbirds know how to avoid the attention of aggressive males, biologists say: The girls have developed feathers that make them the spitting image of boys.

Researchers studying the ornamentation of white-necked jacobin hummingbirds found that females “retain the male-like plumage of their youth for social reasons — they avoid the bullies by looking like them.”

The researchers from the Cornell University Lab of Ornithology also found that the male-like females “got to feed longer than the typical adult female — about 35 percent longer at feeders filled with high-sugar nectar.” The researchers said hummingbirds have the highest metabolic rate of any vertebrate, and need to eat constantly in order to survive.

Male hummingbirds tend to have flashier feathers than females. But when females adopt a similar look, they get far less attention from males, making it easier for them to feed without being harassed.

“What’s interesting about the white-necked jacobin is that all the juveniles start out with male-like plumage,” said Jay J. Falk, lead author of the study published in Current Biology on Aug. 26.

“Among most other bird species, juvenile plumage looks more like the female’s, presumably to be less obvious to predators,” Falk said.

The male hummingbirds tend to be brightly colored with flashy feathers. Females are typically gray, black and dark green, which helps them blend into their habitat.

The research team, which studied the birds in Panama, found that 20 percent of females do not shed their male feathers as other birds do, but keep them into adulthood.

Adopting a male-like look isn’t a reproduction strategy, Falk said, because otherwise “the males would have been drawn to the male-plumaged females. That didn’t happen. The male white-necked jacobins still showed a clear preference for the typically plumed adult females.”

Falk and his assistants tagged the birds and studied their interaction around 28 bird feeders, and measured how much time they spent feeding.

“Our tests found that the typical, less colorful females were harassed much more than females with male-like plumage,” Falk said. “Because the male-plumaged females experienced less aggression, they were able to feed more often — a clear advantage.”

It is not clear what physical mechanism allows some female birds to avoid changing their plumage in adolescence.

Falk said studies have found that some females look like males in 25 percent of the world’s 350-plus hummingbird species.