Black recipients of kidneys from black donors have the poorest results. 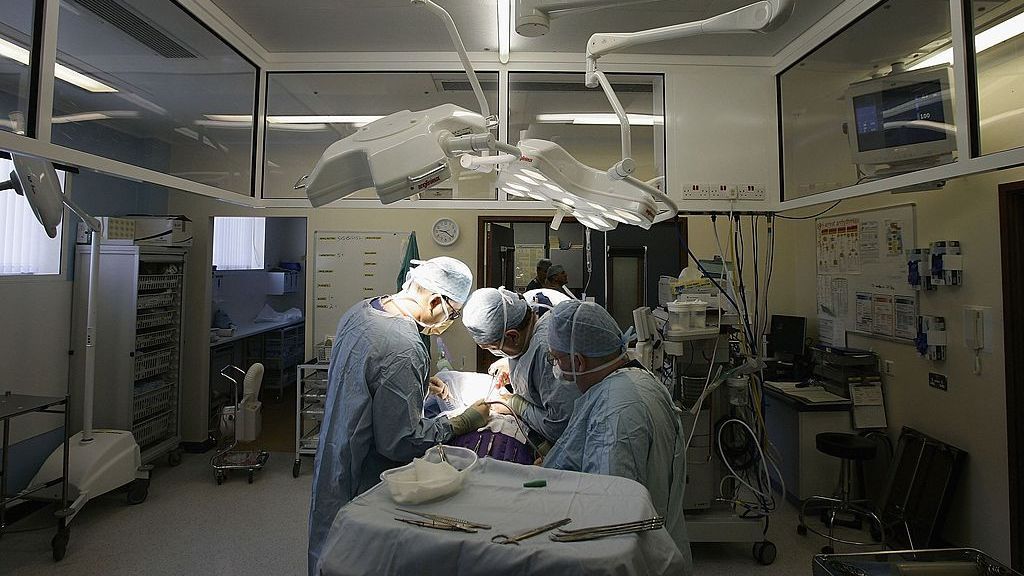 A study of 20,304 kidneys transplanted between 2001 and 2015 in the U.K. found that transplants with a black recipient or an Asian donor had higher rates of donor organ failure after seven years. Pictured, surgeons at Queen Elizabeth Hospital Birmingham conduct an operation on June 14, 2006, in Birmingham, England. (Christopher Furlong/Getty Images)

Two groups are much more likely to have their kidney transplants fail sooner than their white counterparts: black recipients and recipients who received kidneys from Asian donors, according to new research presented at the European Society for Organ Transplantation (ESOT) Congress 2021.

The study of 20,304 kidneys transplanted between 2001 and 2015 from the U.K. National Health Service Transplant Registry suggests that the disparity is due to a combination of factors faced by ethnic minorities, including overall health.

“For a start, ethnic minority patients face significant disadvantage in access to the renal transplant waiting lists in the U.K. and may wait twice as long as white recipients for a deceased donor renal transplant, spending longer time on dialysis, so their health may have deteriorated more,” said Dr. Abdul Rahman Hakeem, a transplant surgeon at St James’s University Hospital NHS Trust, in Leeds, England.

He said “despite efforts to improve education about transplant and organ donation amongst ethnic minority groups, awareness and donation rates remain low when compared to white people.”

Globally, the use of non-white donors for non-white recipients suggests that long-term outcomes are consistently inferior to transplants obtained from white donors, according to the study. The authors propose that the higher prevalence of diabetes, hypertension, coronary artery disease and renal disease in minority populations may contribute to inferior outcomes in those populations.

The authors found that despite advances in blood-group compatibility testing and human leukocyte antigen (HLA) matching, black recipients of black donor kidneys appear to have the poorest outcomes. More research is needed, they said.

“This difference cannot be explained by donor issues alone. There is need for future research to factor this into the U.K. kidney allocation system and get the best long-term results,” said Hakeem.

The allocation policy for organ donation after brain death changed in 2006 during the course of the study, in addition to an increasing emphasis on HLA matching. HLA molecules are found on the surface of most human cells, and matching is done before transplantation to find out if donor tissue matches recipient tissue. The study notes that this improved access to kidney transplantation among ethnic minorities.

Improved HLA tissue matches, researchers found, were better when donor and recipient pairs were the same ethnicity. At seven years after transplantation, 81 percent of white donor–recipient pairs still had a successful graft compared to 70.6 percent of Asian pairs and 69.2 percent of black pairs.

According to the study, increased organ donations from deceased Asian and black donors may improve blood group and HLA matching for these recipients, however, the impact of using organs from minority donors is still poorly reported because of their relative scarcity.

“An increase in deceased organ donation from ethnic minorities may improve access to transplantation for these groups but may not improve all graft outcomes,” said Hakeem.

“Expanding the organ donor pool by increasing donation rates among ethnic minority groups remains a worthy goal and will improve overall access to transplantation whilst also reducing time spent on a waiting list, in particular within ethnic minority communities,” he said.