Half A Millennium After The Fall Of Tenochtitlan, Mexicans Disagree On History Revision

The government has renamed some roads and public transport stations in Mexico City to commemorate the fifth centenary. 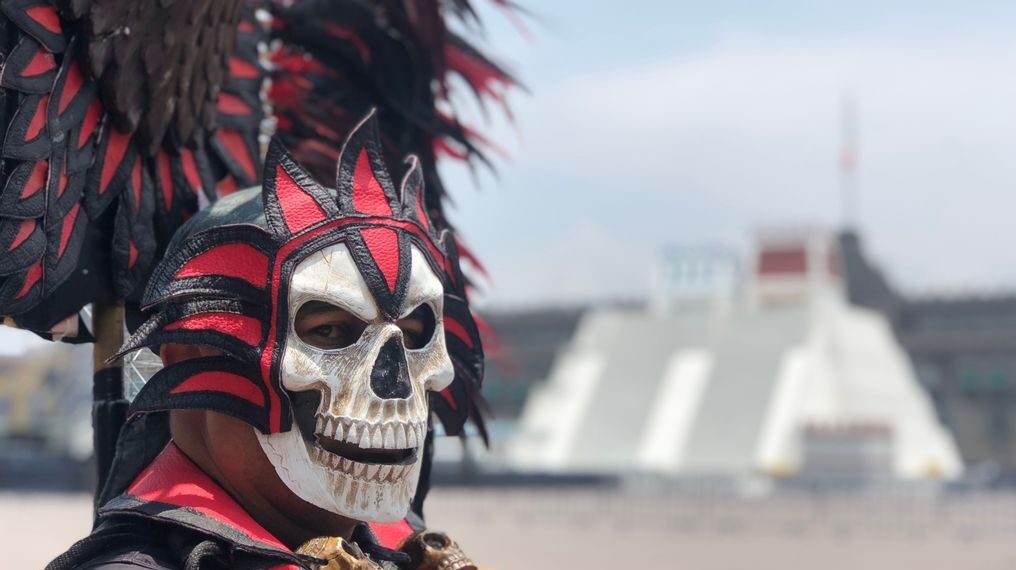 An event that marked a before and after in Mexican history was the fall of Mexico-Tenochtitlan at the hands of the Spanish army on August 13, 1521. Mexico-Tenochtitlan was the capital of the Mexica empire. Ruled by Cuauhtémoc, it was one of the most powerful empires in Latin America. Hernán Cortés commanded the Spaniards through the conquest, but he had hundreds of indigenous allies.

Some people call the moment a cultural encounter; others say it was more like a clash. Five centuries later, one can see the legacy of this period in many cultural elements, including the predominance of the Roman Catholic religion and the Spanish language in Mexico.

Unlike what happened in other parts of the continent, in Mexico, the Spanish and indigenous cultures lived through a hybridization process that led to the development of complex gastronomy, unique textiles, and commercial activities that took elements from both worlds.

For some Mexicans, such as sociologist and professor at the Aragón School of Higher Studies César Guadarrama Leal, the arrival of the Spaniards also led to looting and exploitation of natural resources.

“Not only the Spaniards but also the Portuguese and other European countries … had begun an expansionism process intending to reach new territories to exploit them, loot them and keep their wealth,” he told Zenger.

“That is how they became great kingdoms, great powers, like the Great Roman Empire, Alexander the Great’s Alexandria or the Ottoman Empire,” he said.

Historian and volunteer coordinator of the Antiguo Colegio de San Ildefonso — a museum in Mexico City — Jonatan Chávez Sánchez believes that finding out that there was a civilization on the other side of the ocean probably made a great impression on the Spaniards. At the time, they were leaving behind the Middle Ages and rebuilding their society after concluding the Reconquest process, which ended eight centuries of Muslim domination.

The Spanish were not prepared to encounter civilizations in the New World. Lack of knowledge and navigation inexperience brought them to the Americas by accident, said Chávez Sánchez.

Imagine no one “has ever told you that something existed, and suddenly you are faced with it. It is brutal for both parties. To understand the whole picture [of the Mexican conquest] is to visualize this historical phenomenon. The sum of both sides is our cultural heritage. Westerners did not come to conquer the Americas; they were not even planning to find a continent. They were trying to reach Asia while searching for spices,” Chávez Sánchez told Zenger.

The relationship between indigenous peoples in Central Mexico was a key element to the fall of Tenochtitlan. Eighty percent of the people who confronted the Mexica alongside Cortés were indigenous allies, primarily Tlaxcalans — residents of the Tlaxcala area.

When Cortés arrived in Mexico, he found an empire imposed by fire and sword. The Mexica had subjugated several indigenous peoples in central and southern Mexico and forced them to pay tribute, usually available resources in each region, such as textiles, food, spears, shields and caged animals, he said.

If Tlaxcalans had not allied with the Spanish and fought against the Mexica, native peoples’ resistance would probably have been greater. However, the Mexica had sown terror, and the wish to free themselves led their enemies to establish alliances with Cortés.

In the vast territories of the New World, there was “a complexity of ethnicities, peoples, languages, cultures and identities that did not share the Mexica’s vision,” said Chávez Sánchez.

“One cannot speak of a betrayal. ‘Mexico’ [as we know it today] did not exist. The construction of the Mexican nation-state is no more than 200 years old. We cannot say that Tlaxcalans were responsible for Mexico’s collapse because Mexico did not exist when [the Spaniards] clashed with the Mexica,” he said.

The Royal Spanish Academy’s dictionary has included the term “malinchista” to refer to those who show attachment to the foreigner with contempt for their own. Often used in Mexico, the word comes from Malintzin, Marina or Malinche, an indigenous slave woman who served as interpreter for Hernán Cortés. Some refer to Malintzin as a traitor of the Mexica empire, he said.

Malintzin “had the ability to learn different languages and played an essential role [in the hybridization process]. Since she was given to Cortés, she was present in every moment — from the arrival to and conquest of Tenochtitlan to all what the Spanish chroniclers … narrated,” said Chávez Sánchez, who urged Mexican scholars to resignify her role in the country’s history as a connection between two civilizations.

Guadarrama Leal believes that 500 years after the fall of Tenochtitlan, a certain defeatist feeling prevails in society, which he attributes to the way the story has been told, from the Spanish perspective.

“Continuing to victimize ourselves, saying that we were deprived, murdered or mistreated is not conscious or voluntary. [Our perspective] is [the consequence of] the narrative spread through public education. … The winners are the ones who write history, and the history that we Mexicans have been reading, throughout these 500 years, is that which the Spanish — the winners — have written,” said Guadarrama Leal.

“Everyone loves the indigenous people who died [in the remote past], but no one cares for those who live. People treat indigenous people poorly, but worship those who are dead,” said José Manuel Cobos, a dancer in Mexico City’s Zócalo, referring to the attitude of some Mexicans who revere the remains of pre-Hispanic civilizations, but mistreat people with indigenous origin.

Guadarrama Leal believes the changes are the beginning of a much-needed history revision. He says the education that the new generations receive will be fundamental to fight prejudice — racism and classism — that still prevails in Mexico and is a consequence of the perspective from which the encounter or clash of cultures has been approached.

“We need to change the way we think about our culture. [The process] is like wanting to fill with water a glass that has oil. The oil will not come out until the glass is full of water. The next step [for Mexicans] is public education,” said Guadarrama Leal. He explained that what children learn in schools should begin shifting to a perspective “where we are not the victims, but the victors, those who resist the conquest and achieve our independence. The children educated with this new narrative will be the ones to make way for a new way of thinking.”

Chávez Sánchez said we must stop having a belligerent and negative vision of the conquest. “I’m not saying ‘let’s forget about it.’ We are repeatedly told that ‘those who do not know their history are condemned to repeat it.’ But … one can deconstruct culture, rejecting what one does not need, and keeping what is enriching to build one’s identity,” he said.