Brian James Swoager’s videos clicked on TikTok — to the amazement of himself and his teenage students. 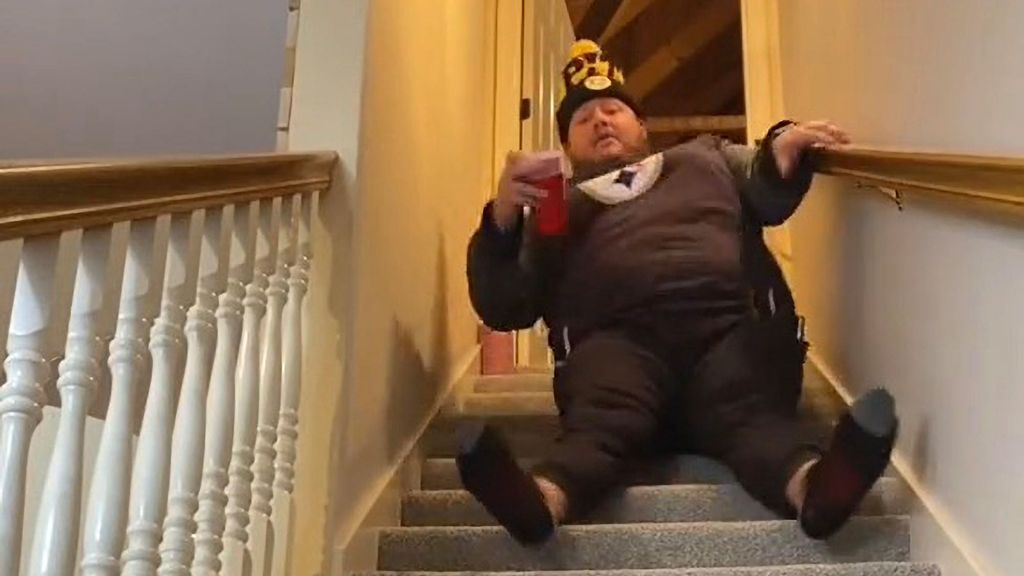 A youth pastor has captivated social media — but not for his religious fervor.

His videos showcase his improvised trick shots, which include bouncing a CD off a wall and into a gaming console or throwing a candy into a Coke bottle from the top of stairs. (He then slides down to stop the drink from spraying all over the walls.)

And he did it all on a dare.

“I’m a student pastor, and I downloaded TikTok because my students told me I couldn’t go viral!” he said. Swoager was happy to prove his students wrong.

A self-described “Jesus Lover,” his job at the church is to teach children and teens about Christianity and lead various church programs. But his popularity soared outside his calling. Fans were as pleased with his incredible throwing ability as his over-the-top reactions.

In several of his clips, Swoager throws pens or candies — often Mentos — into bottles from the top of a staircase, then charges down the stairs to celebrate the seemingly impossible shot.

“I didn’t think they would go viral like they did, but it’s been pretty fun,” he said.

Out of all the videos, he said “the stair slide is my favorite!” In that trick shot, he throws ping-pong balls into cups from the top of a staircase and then slides down the stairs as he celebrates.

“All my trick shots are real; I have no special effects. My celebrations are real, too,” he said. “I get lucky and this is just how I celebrate.”

Netizens have responded favorably, calling him a “sharpshooter.”

Swoager said most challenges don’t take more than five minutes. “It’s super fun because my kids like to help me, and they try to do them as well.”

The fact his kids love to join him makes creating the clips even more enjoyable, he said.

The pastor intends to fine-tune his trick shots in the future.

“I hope to make some awesome videos and continue to make people laugh. I’ve been working on my YouTube channel and have 148,000 subscribers now!”