The species’ population is less than 4,000 individuals in the wild — and declining. 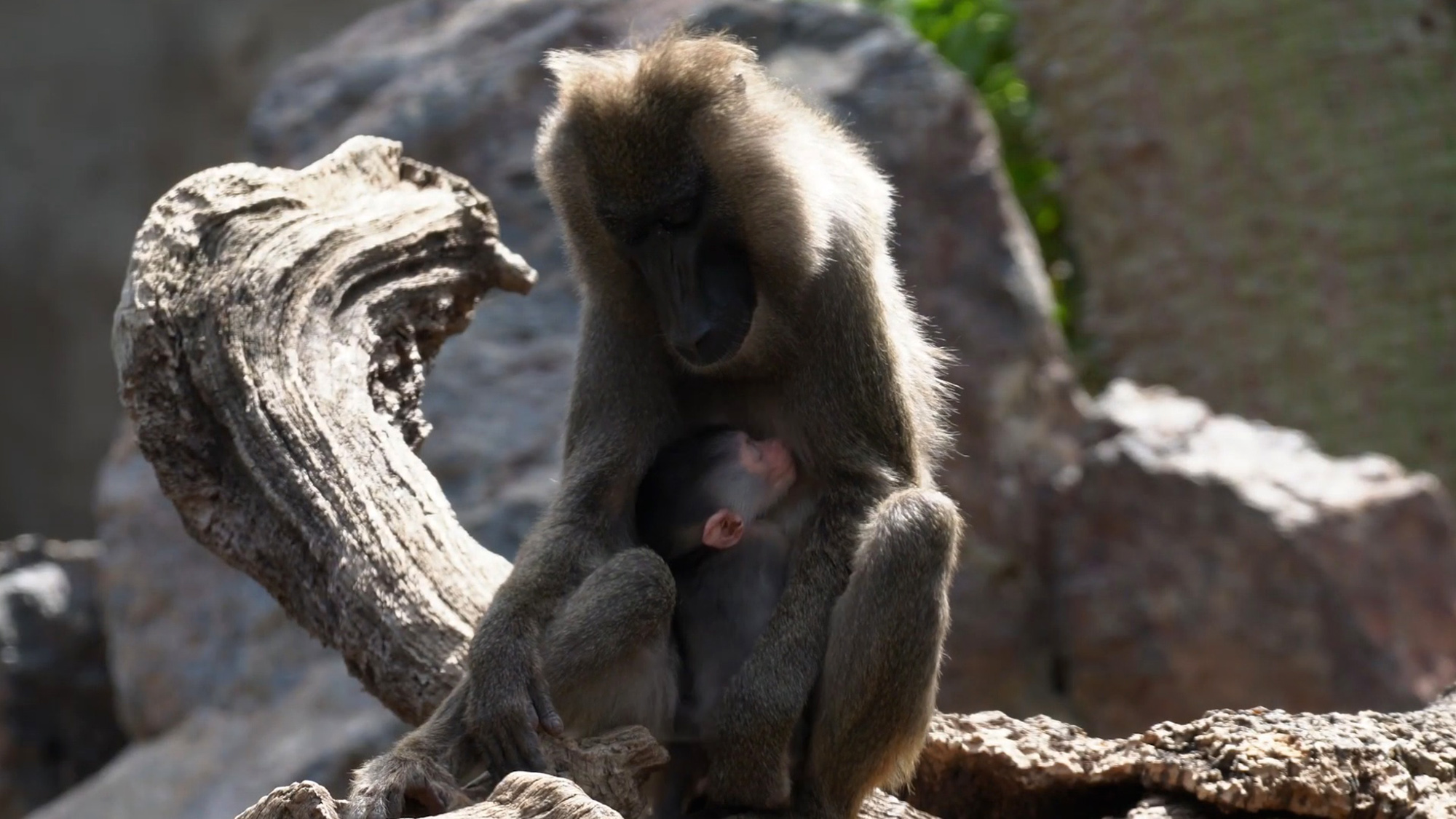 The primate Abuja, a Drill monkey, with her newborn in Bioparc Valencia, Spain. The species is endangered, with only about 4,000 individuals thought to remain in the wild. (Bioparc Valencia/Zenger)

A primate from an endangered species recently born at a Spanish zoo represents success for continuation of the species, the zoo states.

The baby Drill monkey — a little-known primate once thought to be related to a forest baboon — is more closely related to white-eyelid mangabeys.

After the birth at Bioparc Valencia in Valencia, Spain, on the Mediterranean coast, the zoo stated that the drill monkey (Mandrillus leucophaeus), is “one of the most threatened primates in Africa.”

“Drills are included on the IUCN (International Union for Conservation of Nature) Red List. It is feared that, with a population of less than 4,000 individuals and with a downward trend, its situation will be considered ‘critical,’” the zoo stated.

“Of primary concern is their extreme fragmentation, habitat loss and poaching, so each birth represents a success toward their survival.”

Abuja, one of the two adult females from the species’ breeding group at the zoo, gave birth to the calf.  The group has 10 members, including dominant male Rafiki (named after a mandrill character in Disney’s “The Lion King,” female Kianja and various offspring. It is unclear if Rafiki is the newborn father.

The zoo made the birth announcement on Aug. 26. In January, the zoo celebrated the birth of another baby drill.

Drills live in the dense rainforests of western Africa in Nigeria, Cameroon and Bioko Island. Cameroon’s Korup National Park has the largest protected population of drills.

They are omnivorous and like to eat fruits. They spend most of their time searching for protein-rich seeds, plants, insects, small mammals and eggs.

“This little-known African primate has a very peculiar appearance with a marked sexual dimorphism and a social structure led by a reproductive male,” the zoo stated. “Notably larger than females, males develop colorful blue-purple markings on the buttocks and deep red on the genital area and next to the lower lip.

“Equally characteristic of the species is its face; completely clear at birth, it darkens to look like a deep black mask that, together with the prominent fangs visible when yawning, gives them a fierce appearance.”

A drill’s lifespan is 28 to 30 years. Males weigh about 70 pounds; females weigh around 26 pounds. A drill’s average length at maturity is 3 feet.

They are shy in nature and often stay in a dense forest. Hence, not much is known about their social life. However, they are social animals living in a group of about 20 individuals.

“Drills are noisy in the forest,” according to the New England Primate Conservancy, an animal protection and wildlife conservation organization. “Their regular calls, screams and grunts help the group to stay connected. Sadly, they also become easy hunts, due to their vocalizations.”