Fans helped name the newborn, who goes by Kiwi. 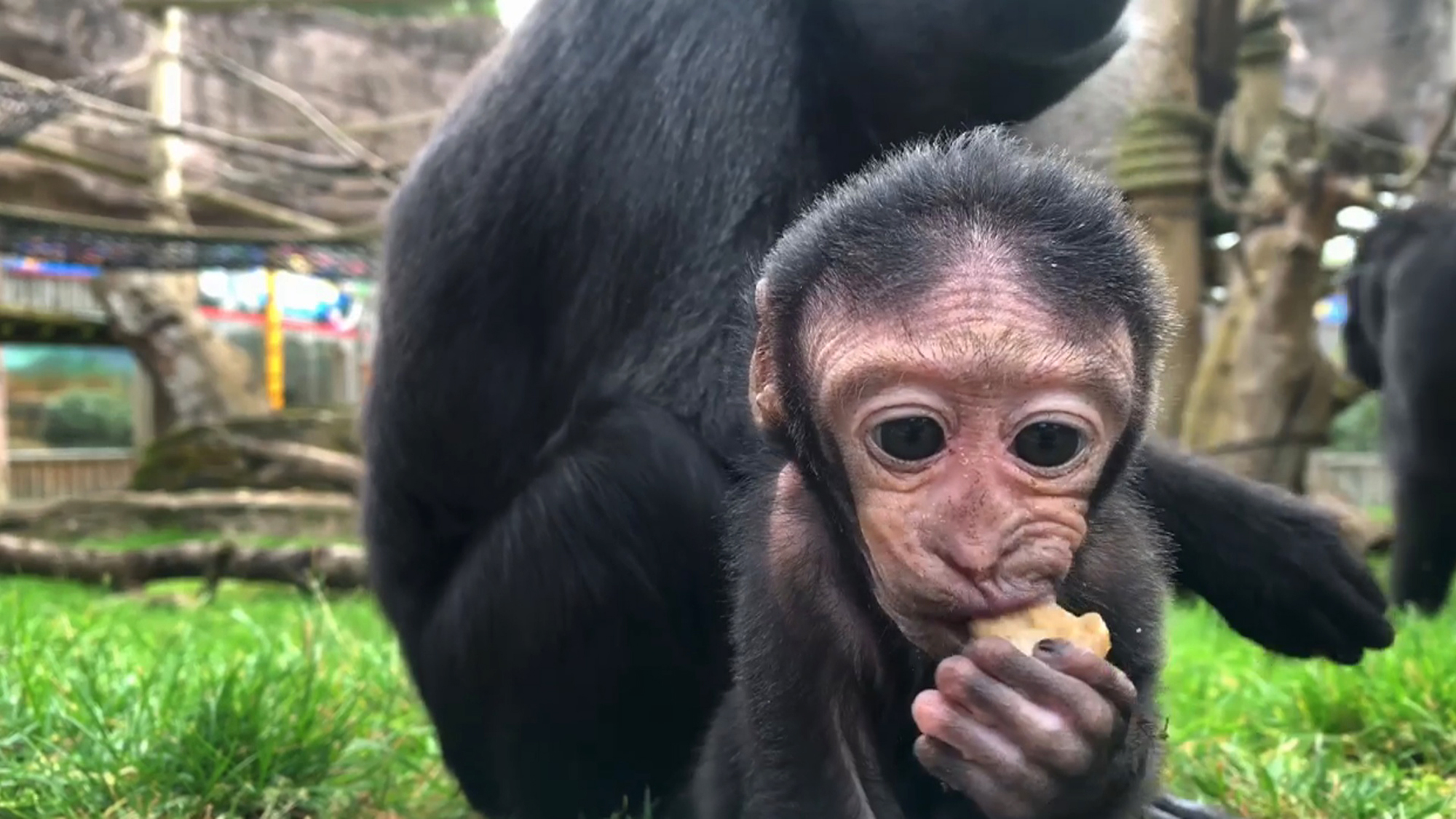 Baby macaque Kiwi is growing up healthy and strong, and “delighting visitors ...by trying out some climbing, swinging, tumbling … and falling,” according to  Drusillas Park in Polegate, England. (@drusillaspark/Zenger)

An endangered baby macaque was named Kiwi by online followers of an animal park in England this month.

Kiwi was born at Drusillas Park near Alfriston in East Sussex on June 22.

Born to parents Kera and Moteck, Kiwi is growing up healthy and strong, and “delighting visitors this week by trying out some climbing, swinging, tumbling &mldr; and falling!” according to the zoo.

Drusillas Park stated that Kiwi is starting to “brave life outside the protective hold of its mother.”

“We are chuffed [delighted] to bits to confirm that both mom and baby are making excellent progress, and we are starting to see baby out and about bravely exploring,” head zookeeper Gemma Romanis said.

“Kera is a brilliant mother. She was a total natural with her firstborn, Mango, who was born at Drusillas three years ago. And she’s proving herself once again with the new little one. We are really proud of Moteck too. It is great to see him getting really stuck in as a dad again.”

Drusillas Park said the macaque’s population has declined by 80 percent over the last 40 years. The Sulawesi crested macaque (Macaca nigra), also known as the Celebes crested macaque, is listed as critically endangered by the International Union for Conservation of Nature.

“As well as being totally adorable, the cause for celebration is that much more when we successfully breed a critically endangered species at Drusillas,” said Romanis. “The healthy arrival of this pair’s second baby provides a crucial boost for the macaque population, and we’re all really proud to play our part in keeping this beautiful primate from extinction.”

The main threats to their survival are human predators — their meat is considered a delicacy in Indonesia — deforestation, coconut plantations and urbanization.

Sulawesi crested macaques are known for their black hair, amber eyes and bright pink behinds, although Kiwi will remain pink-faced and not develop these physical attributes for some months.

There are 22 species of macaques. They are considered sacred animals in certain Buddhist and Hindu temples. Some adherents believe the monkeys are the descendants of Hanuman, the monkey-hero of the mythical Hindu figure Rama.

Swayambhunath, (Monkey Temple) in Kathmandu, Nepal, is a pilgrimage site housing hundreds of these monkeys, considered holy to Tibetan Buddhists and Hindus. Legend has it that Manjushree, the bodhisattva of wisdom, was raising the temple hill and the lice in his hair transformed into the macaques.