The American Dream Is Expensive: Coyotes Charge Up To $20,000

Amid increasingly tight immigration restrictions and the pandemic, coyotes raised their rates. 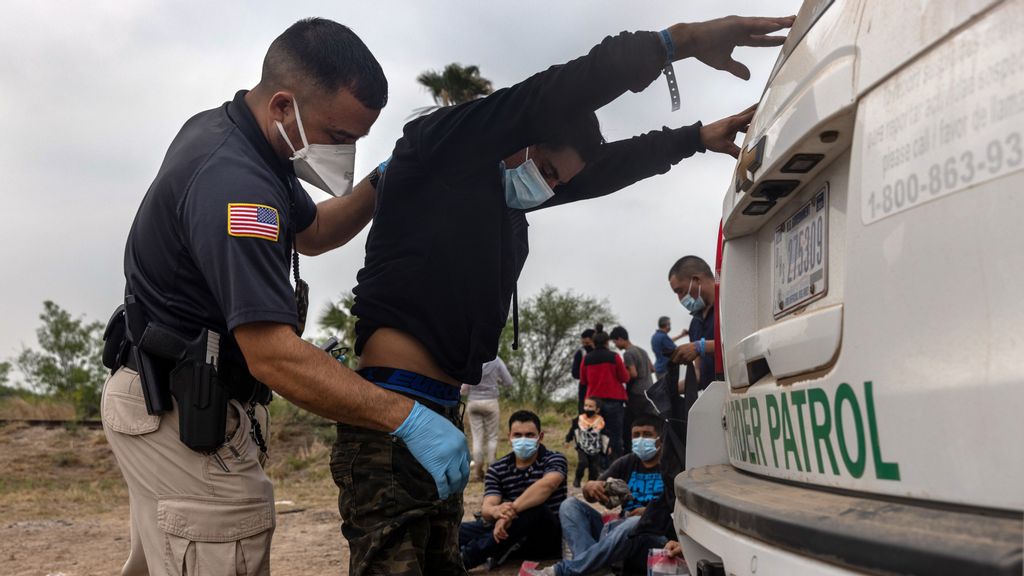 Coyotes’ fees rose in one year due to the pandemic and the tighter immigration restrictions enforced by the American government. (John Moore/Getty Images)

Migrant crossings through the U.S.–Mexico border do not stop despite the COVID-19 pandemic and the security measures that the U.S. government has put in place. But the cost of the American dream is rising, while millions of Mexicans are losing their jobs.

To cross the border into the United States without the proper documents, a migrant pays $15,000 to $20,000. The rate rose in one year due to the pandemic and the tighter immigration restrictions enforced by the American government, said Juan José Li, a senior economist at BBVA Mexico.

A Mexican migrant could pay $4,500 at most to cross into the United States in 2019, and the amount has tripled within two years, per the BBVA study on Mexican migration.

Coyote or pollero are informal terms for people who make a living by crossing migrants across the U.S.-Mexico border.

The rising cost of border crossings and the large number of Dreamers — undocumented immigrants brought to the United States as children — gave rise to a coyote mafia. Knowing that migrants do not have the money to pay off their debt, coyotes accept that it be paid when migrants find work in America. Generally, their families in Mexico remain in contact with coyotes.

Migrants have to allocate 30 percent of their earnings for about two years to pay off their debt to the coyotes, said Juan José Li.

Guanajuato, a land of migrants

In the municipality of Ocampo, Guanajuato, migrants paid up to $7,000 to reach the United States before the pandemic. Now, the cost of the American dream has risen, as have the chances of being captured by “la migra,” as migrants called the U.S. Immigration and Customs Enforcement officers.

The “Diagnosis and Public Policy Proposals” on Guanajuato’s migration, carried out by the current government with experts from the Center for Economic Research and Teaching (CIDE), established that the state receives contributions from 9 to 10 percent of the Mexican population in the United States. Between 1.1 and 1.2 million Guanajuatenses — people from Guanajuato — live in America.

Of the total number of Guanajuato immigrants to the United States in 2000, 1,354 were from Ocampo.

Mexico received nearly $33.5 billion from migrants’ remittances in 2018, out of which Guanajuato got $2.3 billion.

Guanajuatenses have been migrating to the U.S. since the border was drawn. They were 7.4 percent of the applicants for the 1986 amnesty, with the IRCA Immigration Law, and 6.5 percent of those who received legal residence.

Being a citizen or having legal residence in the United States grants the possibility of obtaining visas for direct relatives: wife, parents, children or siblings. The CIDE report says that bringing the family to the United States is a slow, costly and bureaucratic process, but it ultimately pays off.

Guanajuato ranked first in Mexican migrants to the United States in 2000 and 2010, with 10.61 and 12.48 percent, respectively. However, migration declined throughout the decade, and the absolute numbers decreased. While 120,266 people from Guanajuato migrated in 2000, the number shrunk to 85,369 in 2010. The trend in Guanajuato is reflected nationally.

In 2014, Guanajuato sent 64,113 migrants overseas, representing 10.33 percent of Mexico’s international migration, per the National Institute of Statistics and Geography’s survey of demographic dynamics. At that level, the state ranked first in the country. Four years later, the survey reported only 49,744 registered migrants, 7.7 percent of the country’s migration rate. Guanajuato ranked in third place after Jalisco, with 9.81 percent, and Michoacán, 9.31 percent that year.

According to the 2020 population and housing census, 32 percent of Guanajuato’s migrants were from the municipality of Atarjea, and they migrated looking for work. The CIDE explains that the 66,220 Guanajuatenses who requested a consular registration — an ID card provided by any of the 50 Mexican consulates in America — in 2017 were the basis for the census.

“It is not a representative sample. There is an important bias that is worth mentioning: generally, Mexicans who request consular registration as a means of identification are in an irregular situation,” according to the Center’s report.

Texas, California, Illinois, Georgia and Florida accounted for 74 percent of the Guanajuato migrants who applied for a consular registration. Documents were least requested in Hawaii, North Dakota and Alaska.