Something To Cry About: Professional Mourners In Kenya Hit Hard By Covid 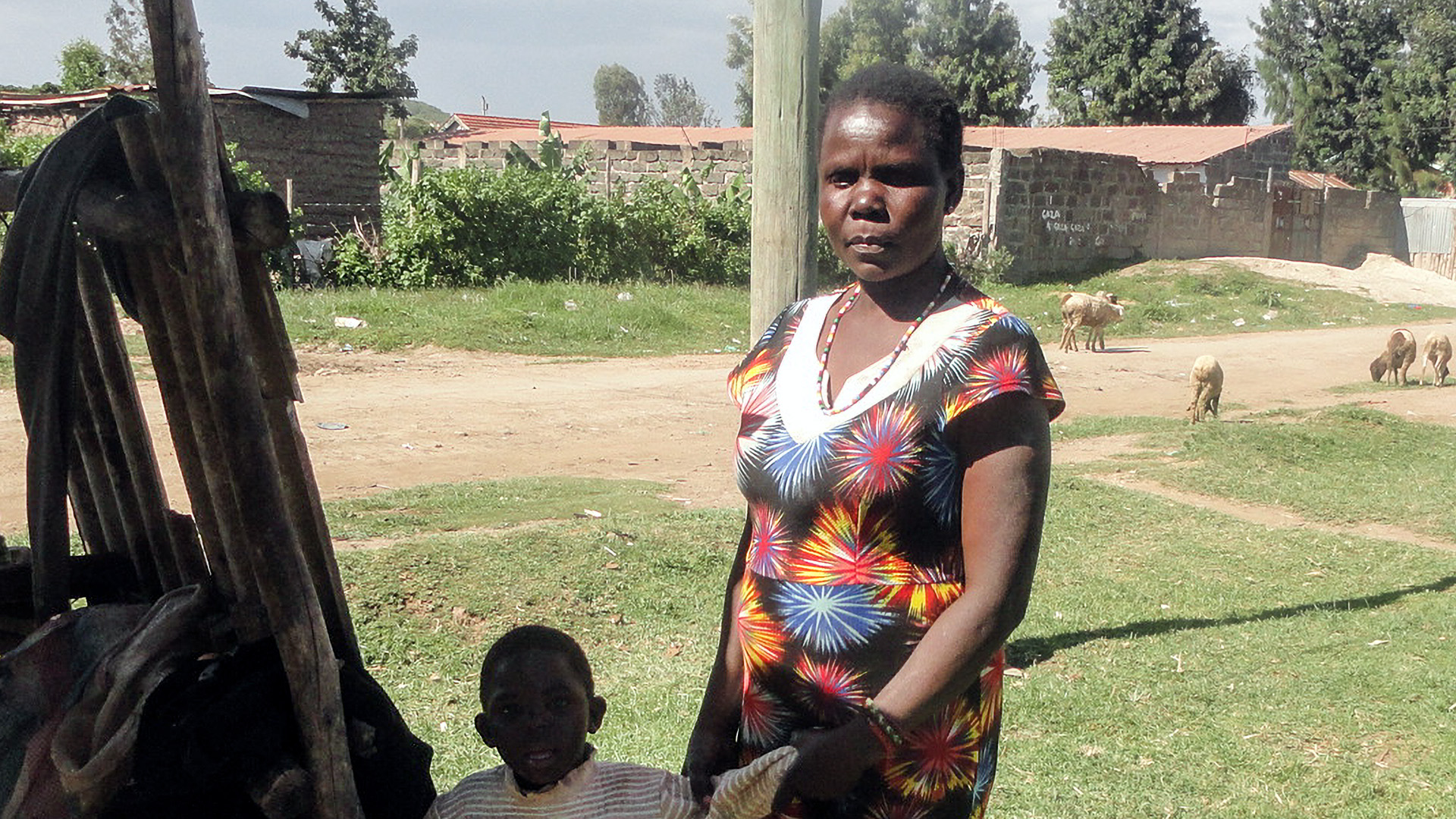 Caroline Awino with her son near her home in Bandani estate in Kisumu County. Caroline had ventured into vegetable selling after Covid devastated the professional mourning business. (Shadrack Omuka)

NAKURU, Kenya — The strict regulations imposed by the Kenyan government to contain the spread of Covid-19 have hit hard the “professional mourners” in the western part of the country.

“A day like this, I would not be here. I would have traveled in Siaya, Homabay, Kakamega, Kisii [all neighboring counties], or any other places across the country to make money.”

Kisumu County is among the 13 Lake Region Economic Block counties the government declared as Covid-19 hotspots in June 2021.

Consequently, the national government imposed a 7 p.m. to 4 a.m curfew and barred gatherings, including weddings and funerals.

The regulations hit professional mourners—people who aid bereaved families to give their departed kin decent sendoff for a fee.

Their services are in high demand in the western part of the country, where mourning the dead are elaborate ceremonies among the Luhya, Kisii, and Luo tribes.

The practice is also flourishing in Nigeria and Ghana in West Africa.

“We normally gather at the morgues to wait for the clients who are looking for our services, but now we cannot go there,” Awino told Zenger News.

“The government wants to maintain physical distance to contain the spread of the disease and reduce the number of people attending funerals. So, we’re now jobless.”

Awino is among hundreds of professional mourners residing in Obunga slums on the outskirts of Kisumu city. Before the emergence of Covid-19, she earned a modest income that paid rent, school fees, and food for her children.

“I could go up to three events in a week making some good money that would push me for several days before getting another assignment,” she told Zenger News.

“Since the government imposed tough regulations to curb the spread of the disease in June, we stay at home waiting for well-wishers to assist us. We cannot afford food and other necessities.”

When the government imposed strict measures in March 2020 after reporting the first case of Covid-19, life became hard for these unusual mourners, but they still survived on odd jobs.

But when health officials reported high infections of the Delta variant of Covid-19 in Kisumu and neighboring counties in May 2021, the government imposed more stringent control measures.

The government banned gatherings, which meant professional mourners could no longer idle in wait near morgues. Public recreational places, such as parks, were closed, too.

Awino started selling vegetables near her estate but cannot make as much profit as before.

“We’re heavily affected by this disease, and I want to urge the government to lift some measures so that we can do business and take care of our families.”

Benedict Ochieng, a professional mourner from Siaya County, said his wife deserted him and their three children when the situation became unbearable for her.

“From this [professional mourning] job, I built an iron sheet-roofed house and bought some cattle and goats,” he told Zenger News.

“But now I have started selling the animals to pay school fees for my high school son and daughter. Covid-19 has destroyed our businesses and our lives.”

Kisumu County executive committee member for health Boaz Otieno-Nyunya said the containment measures would continue until the rate of infections goes down.

“We know people are suffering out there due to these regulations to contain the virus, but we cannot suspend them since we need a healthy society,” he told Zenger News.

“We have heard people complaining that their businesses are collapsing due to tough regulations, but they should know that they must be healthy for them to open their shops. A sick nation cannot build the economy.”

Isaack Onyango, 92, a Luo elder from Chiga village on the outskirts of Kisumu city, said bereaved families show love to the departed by giving them befitting sendoffs, including an elaborate mourning process.

“Mourning the dead is an integral part of our Luo culture,” he told Zenger News.

“If we don’t mourn, evil spirits will attack the village, so we do everything possible to celebrate the individuals properly so that their spirits will be at peace in the hereafter.”

Onyango said that some families would not mourn their kin properly for several reasons without professional mourners.

“If someone had been away from the village for a long time, many villagers might not know him, and so they might not be accord the dead person the respect he deserves. In such a case, his family hires professional mourners to perform rituals on their behalf to appease the departed soul.”

Awino thought professional mourners would make money in the Covid-19 era after scientists found that the bodies of persons who die of Covid-19 do not transmit the disease.

“With Covid-19, we predicted many deaths, which meant many events to us, but it’s now the opposite. The disease is ‘eating’ our lives and our livelihoods.”