Chicago entrepreneur followed her dream, despite the timing and risks. Her confidence paid off. 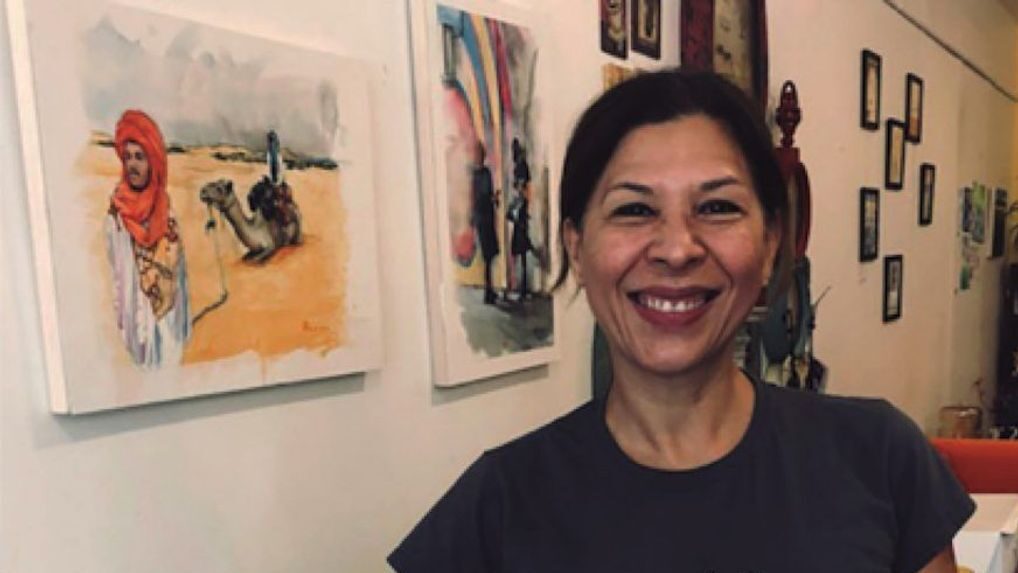 Despite the pandemic, Luz M. Marriaga followed her dream of opening a coffee shop. (Negocios Now)

Starting a business during the COVID-19 pandemic is a challenge few entrepreneurs would tackle. But Luz M. Marriaga wanted to open her own coffee shop — and her dream trumped fear.

The young businesswoman opened MeLatte Coffee Shop on July 25, 2020, when the number of COVID-19 cases was rising. Located in Chicago’s Logan Square neighborhood, Marriaga’s coffee shop became so successful that a year later, despite new virus strains, the business is growing.

Marriaga’s options were less rosy in early 2020. She had no partners and no money. She began researching how to open a café months before and bought tools, decorations and supplies she kept in her garage.

“When the pandemic hit, I told myself I would leave everything in God’s hands, that he would open the doors that I needed,” said the Honduran businesswoman, who emigrated to the United States at age 22.

Her company’s name — MeLatte Coffee Shop — was a spontaneous choice.

“It has to do with an expression used by Latinos, ‘me late’ [‘I have a hunch’], which in English makes a pun with a type of coffee. I liked it. I really had the hunch [that the name would work],” she said.

Before opening MeLatte, Marriaga ran a beauty salon for 12 years. The business closed in 2012. During a trip to Honduras, she visited her aunt and uncle and discovered they planted coffee on their farm and sold it under their own brand.

“I began bringing up to 50 pounds [of coffee] to the U.S. I usually gave it away or sold it among my friends without any hidden intention. Three years ago, I thought about opening a coffee shop. The idea was like a spark that came to mind, and it matured,” she said.

Marriaga had her location by January, but seven months passed, and she still did not have the money. She worked as a babysitter and limited her expenses. “I decided to open, despite the pandemic. Of course, I thought this might be the worst time to open — or perhaps it was the best — but I didn’t hesitate.”

Nor did she receive any financial aid from federal programs to open her shop during the pandemic. Grants were intended for established businesses in crisis, not startups, she said. What she did receive was lots of advice.

While building her dream, she met a young immigrant from Hidalgo, Mexico, who prepared pastes, traditional pastries similar to a minced-meat empanada. They decided to join forces, and now pastes are a hit in MeLatte Coffee Shop.

There was one catch. Marriaga didn’t know a critical part of her business: how to make coffee. “I was so afraid of the espresso machine that I even had nightmares.” Instead, she hired two young baristas.

Yet, from day one, MeLatte Coffee Shop has clicked with customers. “I sold out the paste trays, and [customers] drank so much coffee,” she cried — exhausted but overwhelmed with joy.

Now, she has a team of four baristas and still works with her paste seller. Marriaga also began selling crêpes in December. She plans to sell egg-and-chorizo-stuffed bread — and is training as a barista. “I am no longer afraid of the machine. I’m moving forward. Whatever comes, I’ll be positive,” she said.

Since its launch, MeLatte Coffee Shop has never seen a dip in business.

“I opened the place with so much love … When customers come in, they can feel it. The place is colorful, and there are always local artist exhibitions, and people love it,” she said.

Marriaga does not fear the return of COVID-19 restrictions. Her coffee shop complies with all health regulations, and she will enforce any new ones. She is confident MeLatte’s customers will understand.

Customers prefer businesses where people receive them with a friendly attitude and a smile, she said. “I’m a happy woman, and my business goes very well. I have customers who have not missed one day since I opened.”

«Previous Post
‘Smell Of Fear’ May Help Protect Crops From Pests»Next Post
The American Dream Is Expensive: Coyotes Charge Up To $20,000