Popcorn With Zenger: ‘Candyman’ Turns Gentrification Into The True Villain

Film’s blunt message: whiteness is the evil, not the title character. 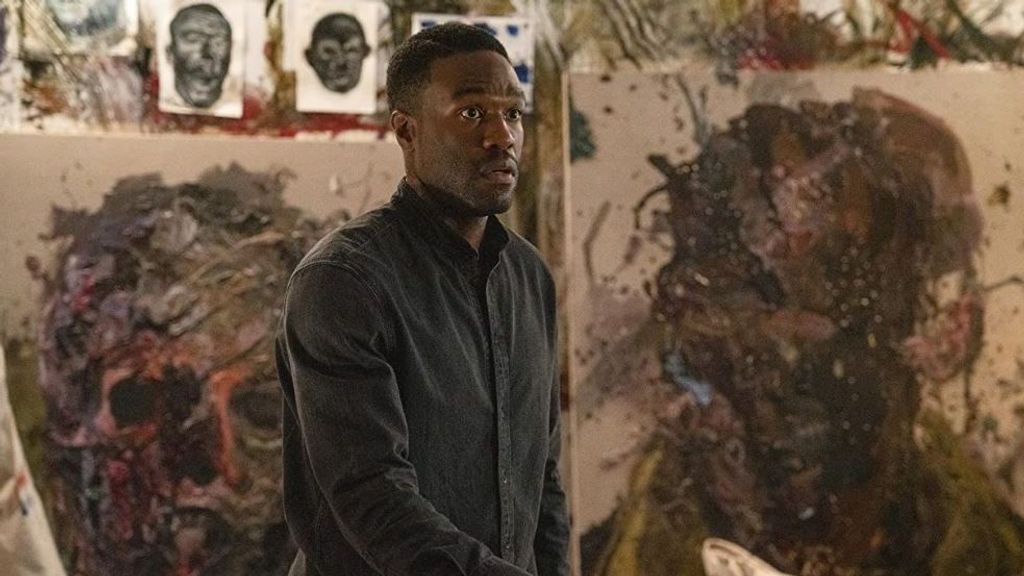 The artist played by Yahya Abdul-Mateen II brings back the murderous Candyman in the new movie of the same name. (Universal Studios)

Just like the Cabrini-Green housing projects, some things are better off dead and in the past.

With everything going on in the world right now, including chaos in the Middle East, record inflation and Americans turning on each other due to their vaccination status, now seems like the best possible time to take the powder keg of racial divide and kick it right into the trash fire known as 2021.

The famed horror character Candyman began in the mid-1980s as a short story entitled “The Forbidden” by legendary playwright and author Clive Barker. The story was reshaped in 1992 as a feature-length horror film about an entity that kills you if you say his name five times in the mirror: Candyman.

That film definitely had racial undertones given the reimagined backstory of the son of a slave who was murdered for his relationship with a white woman. The subject attracted actor/writer Jordan Peele, who has spent years creating a genre of horror film that highlights the racism of white people toward black people.

Peele envisioned an updated sequel that would match the current climate of today’s Black Lives Matter movement. The 2021 sequel is much like BLM: it’s divisive and moviegoers will be split based on political leanings and racial hatred.

The Story: 2021’s “Candyman” begins in present-day Chicago, which means the Cabrini Green housing project that was terrorized by a supernatural killer named the Candyman no longer exists. An artist named Anthony McCoy (Yahya Abdul-Mateen II) lives in Cabrini, which has become gentrified and inhabited by young millennials.

Struggling as an artist, McCoy becomes inspired by the horrific old tales behind the Candyman. He decides to bring the legend back to life by dedicating his latest project to the killer, titled “Say His Name.” McCoy foolishly opens a door to an evil past that begins to attack his sanity and unleash a horrific wave of violence in his path. The Candyman has returned.

Bright Spots: “Candyman” is generally well-acted, but the only performance that truly stands out is that of Abdul-Mateen II. In a film in which social commentary is the star of the show, he is a solid leading man who carries the load of being the center of the movie’s terror, confusion and insanity.

The film establishes some creative shots from close-ups that play tricks with the mind as we see things that our character either doesn’t or can’t see. The wide shots that still manage to create a claustrophobic environment that drives more tension are nothing short of brilliant.

The film goes out of its way to avoid showing scenes of black people being killed, turning those scenes into something out of “A Nightmare Before Christmas” in their presentation. Racial politics aren’t just at the forefront here, it is deep in the core and this is where moviegoers will split ways.

Weak Spots: In 2017’s “Get Out,” Peele created a great horror/comedy film that exaggerated social issues to get some great laughs and suspense. “Candyman” is a far departure from subtlety, and quickly devolves into cinematic hatred. The film is very blunt in its message that whiteness is the true evil here, not the title character.

“Candyman” denounces the slight of “white money” buying up and gentrifying poor black neighborhoods. It enforces the narrative of white cops who kill black people for no reason and blasts whites who assume that because they don’t believe they are racist that they aren’t part of the problem.

“Candyman” has a lot of anger and resentment, but isn’t creative enough to channel that anger for the mainstream horror audience it is targeting. The film has plenty of gore, but the scares are mostly of the make-’em-jump variety.  When it comes down to it, the recycled trope of some naive white person invoking Candyman’s name only to get murdered never finds its footing to be entertaining at any point.

The film struggles to resemble the original, as it desperately tries not to be a Candyman film in name only, but it’s clear the filmmakers aren’t looking at the 1992 film as inspiration. What works for New York University film students doesn’t work with casual audiences or hardcore fans of slasher flicks.

The Takeaway: Whether 2021’s “Candyman” is worth recommending depends on what you want out of a horror film. If you’re looking for a film that tackles the issue of white people taking advantage of black artists in an in-your-face manner, then you will love this film.

If you are looking for a scary popcorn flick to enjoy during the final weeks of a dying summer, this isn’t the film for you.

See or Skip: “Candyman” is a 90-minute lecture on the evils of gentrification, not a horror film worthy of the original.