The movie won awards on the film-festival circuit, and marks Morales’ debut as a director. 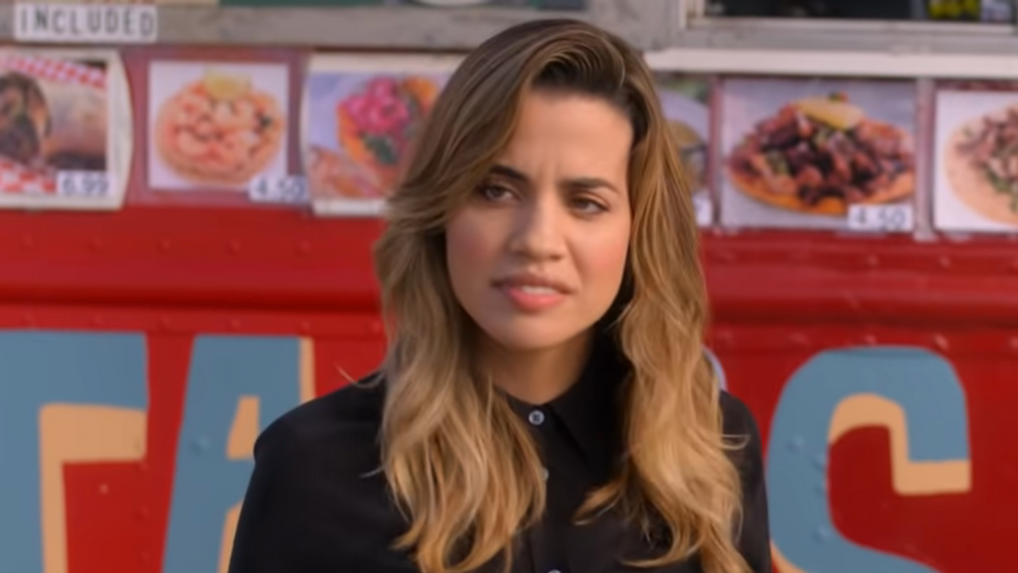 Natalie Morales and Mark Duplass are co-stars and writers of “Language Lessons.” Morales also played the role of “Michelle” on the Netflix show “Dead to Me.” (“Dead to Me” Season 2, Official Trailer/Netflix)

It all starts with a Spanish lesson.

Adam’s (Mark Duplass) husband surprises him with weekly virtual Spanish lessons. Adam receives the news with surprise and a bit of discomfort. But he finally relents, and his Spanish teacher, Cariño (Natalie Morales), becomes a lifeline he didn’t know he needed.

A kind of lopsided friendship develops as Adam forges a complicated emotional bond with Cariño in “Language Lessons,” a disarmingly sweet and touching tale of platonic love.

“Language Lessons” is an unconventional story about a long-distance friendship that happens despite life getting in the way.

The film is also Morales’ debut as a director. Mel Eslyn and Duplass Brothers Productions were its producers, while Morales and Duplass wrote it.

A Cuban-American, Morales is also an experienced actress. She had recurring roles on the series “White Collar,” “90210,” “Parks and Recreation” and “Santa Clarita Diet.” She was also seen in “Dead to Me,” “Mr. Mayor” and “Home Movie: The Princess Bride.”

Her film credits include the “Battle of the Sexes.”

As a voice actress, she has participated in “Spider-Man: A New Universe” and recently in “Rugrats.”

Duplass is both an actor and producer. He is known for his appearances in “Creep,” “Safety Not Guaranteed,” and “The One I Love.”

Morales and Duplass previously collaborated on the HBO series “Room 104.” Their closeness is evident throughout “Language Lessons.”

“This level of comfort and trust becomes apparent in the fluidity of the film’s narration, which shifts from comedy to drama, and echos the ups and downs of life. It is also shown in the actors’ heartfelt performances, with the two protagonists gradually growing in depth and adapting to each other,” according to the festival’s program.

Shout! Factory, a multiplatform media company, is behind “Language Lessons.” Fifteen years ago, Shout! was born as a company for fans by fans. Initially, it focused on rediscovering high-quality content, but now it also produces content in traditional media and emerging digital platforms.

The company said it is “devoted to producing, uncovering, preserving and revitalizing the very best of pop culture.”