Grandma To The Rescue! 53-Year-Old Surrogate Gives Birth To Her Own Granddaughter

Doctors told the baby’s mother not to get pregnant because of her history of blood clots. 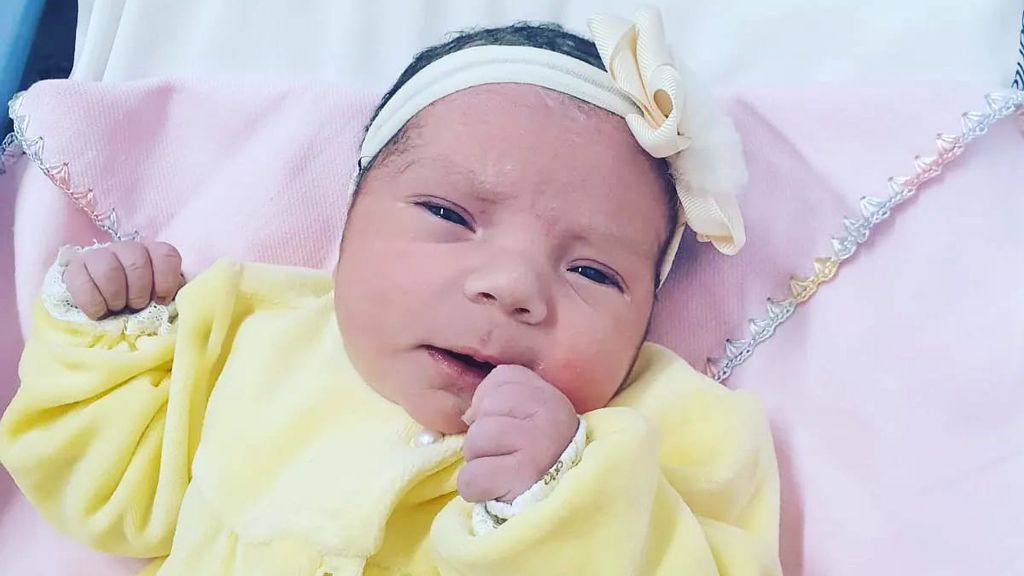 Maria Clara was born a healthy 7.3 pounds on Aug. 19 to her 53-year-old grandmother, who served as surrogate during the pregnancy, in Florianopolis, Brazil. (SME/Zenger)

A 53-year-old woman has given birth to her own granddaughter after doctors advised the baby’s mother that carrying a pregnancy to term would be too risky for her.

The older surrogate became pregnant through in vitro fertilization, a process in which mature eggs are fertilized by sperm in a laboratory. The embryo is then transplanted into a woman’s uterus.

Rosicléia de Abreu Carlsem, a substitute teacher and classroom assistant at a school in Florianopolis, southern Brazil, gave birth to 7.3-pound Maria Clara on Aug. 19, according to the city’s Municipal Secretary of Education.

Rosicléia agreed to be the surrogate mother after her daughter, Ingrid Carlsem, 29, accepted medical advice to avoid getting pregnant naturally.  Ingrid suffered a pulmonary embolism and deep vein thrombosis in 2014, and doctors said she would be putting her life at risk — likely from blood clots, during a pregnancy.

“A mother gives herself body and soul to a daughter. I feel grateful and honored to play such an important role, which is to generate a new life, my granddaughter,” said Rosicléia.

Maria Clara was born at 37 weeks at the Santa Helena clinic and maternity hospital in Florianópolis. She was 19 inches long and weighed 7.3 pounds. The labor lasted nearly 11 hours, according to a statement from the Ministry of Education.

Ingrid and her husband, Fabiano Chaves, witnessed the birth. The family raised an estimated $6,600 for the in vitro fertilization procedure, and the costs of surrogacy, by crowdfunding and selling face masks and dish cloths.

“My mother’s gesture was one of greatness, of a noble woman,” Ingrid said. “I think that even if I try to mention or describe it in words, I’ll never be able to articulate how valuable she is to me.”

There has been a significant increase in in vitro and other “assisted reproductive technologies” in Brazil, according to a study published by JBRA Assisted Reproduction in 2020. The first such birth came in 1978 in the United Kingdom.

“Access remains thoroughly dependent on… financial resources,” the report concluded. “Since the introduction of assisted reproduction technologies in Brazil (1984) to the present day, there has been a significant expansion of offers in this country, although with uneven distribution across the territory, the southeast region having the largest number of clinics.”

In vitro fertilization is the most effective form of assisted reproductive technology, according to the Mayo Clinic.