Russian’s biplane crashed in 1941 during a reconnaissance mission in a remote Arctic region that was the site of a major battle. 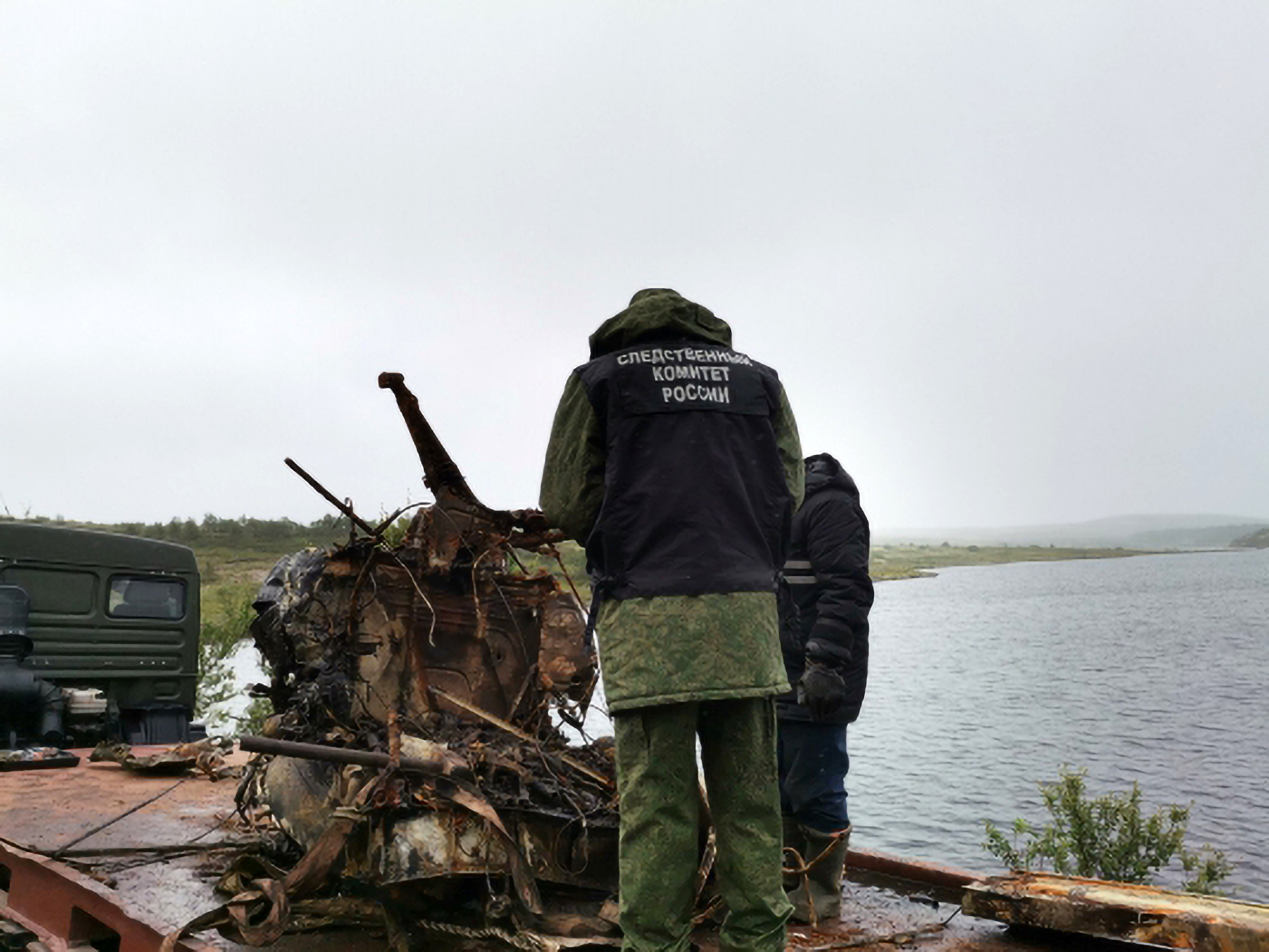 Russian investigators raised a World War II biplane with the remains of its pilot still in the cockpit from an unnamed lake in an Arctic region in July. (IC of Russia in the Murmansk region/Zenger)

The remains of a Russian World War II fighter pilot, still in the cockpit of his biplane where he went down in a remote Arctic region, have been recovered from the bottom of a lake.

“It was preliminarily established that on his last flight to reconnaissance of enemy defense units and terrain, he went in October 1941,” the Investigative Directorate of the Investigative Committee of Russia for the Murmansk region stated.

Crew from the Russian Navy’s Northern Fleet, along with regional and military investigators found the plane, with weapons, at the bottom of an unnamed lake, at a depth of 15 meters (49 feet), and raised it to the surface. The lake is near the Zapadnaya Litsa River, where “bloody battles unfolded” in the summer of 1941, according to the Kola District Investigation Department.

“The enemy was advancing on Murmansk in the hope of gaining a quick and easy victory. The wars of the Red Army, at the cost of the lives of a huge number of northerners, managed to prevent the seizure of their native lands. The enemy is stopped at the approaches to the port city,” the investigators stated.

The remains of 50 Soviet citizens killed by the Wehrmacht in 1941 lie somewhere in the lake, according to the fleet.

In the sparsely populated Murmansk region north of the Arctic Circle, known for its harsh and unstable climate, the fleet used an autonomous underwater vehicle to find the plane, which was partially broken up.

Russian authorities used archived records to identify the pilot as Lt. Mikhail Alexandrovich Golunov, born in 1910. It is believed he was killed during a reconnaissance mission of enemy defense units and terrain on Oct. 25, 1941.

At the time, enemy forces had been advancing on Murmansk as part of Operation Barbarossa — the invasion of the Soviet Union by Nazi Germany and some of its Axis allies, which began in June of the same year.

The operation was launched by Nazi Germany with the goal of conquering the western Soviet Union in order to repopulate it with Germans. It ended in Axis failure in December 1941, with nearly 5 million Soviet military casualties. Still, Nazi troops were unable to invade the city of Murmansk, which the Soviets successfully defended.

Other items recovered from the lake in July included the pilot’s TT service pistol — an out-of-production Soviet semiautomatic weapon produced in the early 1930s.

Though single-wing fighters were prevalent during World War II, some biplanes were used for such support roles as reconnaissance. However, the specific type of aircraft that Gulonov piloted was not disclosed by Russian authorities.

Investigators do not know whether Golunov was shot down or crashed due to some other reason.

“The remains, at the request of loved ones, will be buried in the homeland of the deceased or in the memorial cemetery in the Valley of Glory on the date of the start of the offensive operation to liberate the Soviet Arctic,” the Russian investigators stated.