Pup is a handful for zoo medics as she is fitted for an identity chip.
By Georgina Jadikovskaall August 26, 2021
Facebook
Twitter
Linkedin
Email 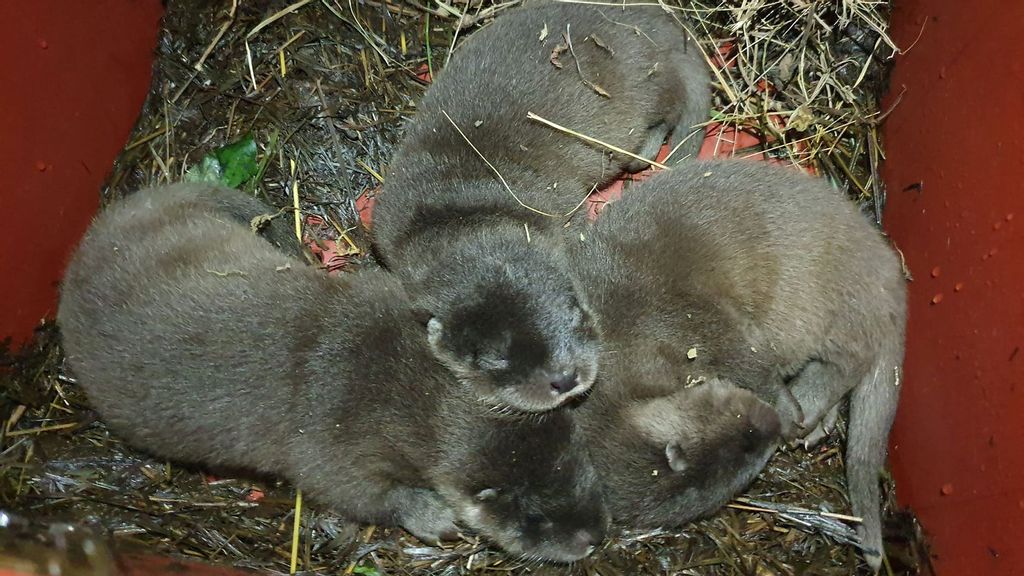 The otter triplets — two females and a male — are about to be named at the Zurich Zoo in Switzerland.  The online effort is accepting only names that begin with V. (Zoo Zurich, Nicole Schnyder/Zenger)

Otter pup triplets at a zoo in Switzerland, where the animals are strictly protected, got a microchip and a vaccination shortly after they were born last month.

A zookeeper is seen in video holding one of the pups after a veterinarian checked its heart during a medical check-up. The pup, which was born with its two siblings in the Zurich Zoo on July 5, seems to calm down after the veterinarian pets its belly. She determined the pup is female.

The other two otter pups, born to mother Lulu and father Tom, were female and male.

The zoo asked its supporters to help choose names for the pups via an online poll, which remains open until midnight on Aug. 31. The one caveat: The names must begin with the letter V, similar to other animals born in 2021. Options include Vali, Vito, Vif and Vini for the male pup, and Vanja, Vilja, Valina, Venia, Vala and Vanadis for the two females.

The three pups belong to the European otter (Lutra lutra) species, also known as the Eurasian otter. It can be found in the waterways and coasts of Europe, many parts of Asia and parts of northern Africa.

The species is listed by the IUCN Red List of Threatened Species as “as near threatened” — considered endangered in some parts of its range but recovering in others.

In Switzerland, otters are endangered and strictly protected through the EAZA Ex-situ Programme (EEP), formerly known as the European Endangered Species Programme.

Otters were considered extinct in the alpine country in the 1980s, but an increasing number of individuals that migrate through rivers in France and Austria have been spotted in Switzerland since 2009.

In order to secure the species, the Zurich Zoo collaborates with the Pro Lutra Foundation, in Pontresina, Italy, which aims to upgrade otter habitats, such as alluvial forests, river and lake banks, to encourage the return of the species.

There are 13 species of otters, all members of the weasel family. They are found on every continent except Australia and Antarctica.