Nature footage captures the beauty of the Northern Lights and Norway’s pristine environs. 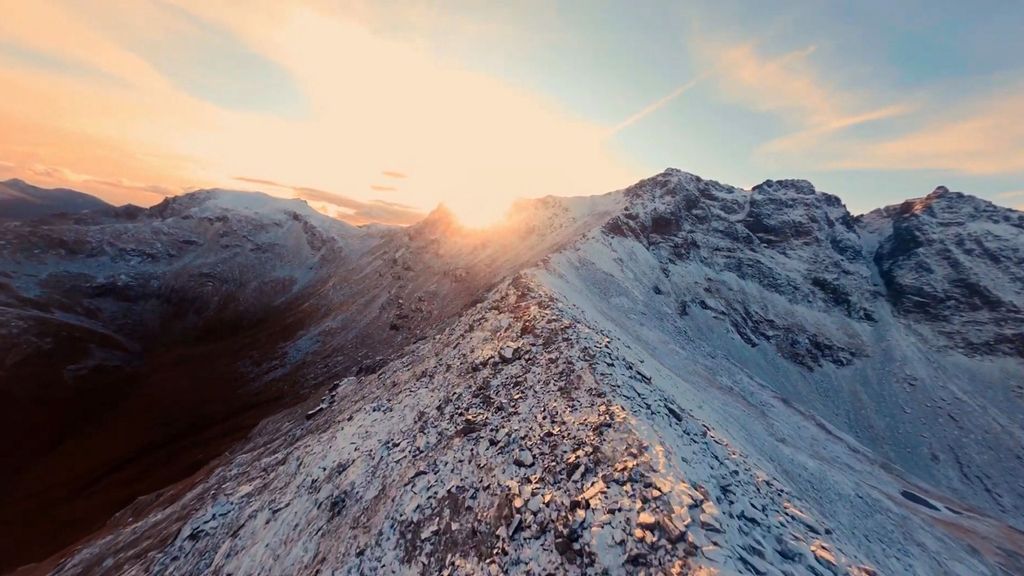 A Norwegian photographer showcases many beautiful locales in his country in a novel way — via drones.

Håkon Bernhard Settemsdal’s passion for filming began when he first saw the Northern Lights while studying for his master’s degree in industrial engineering. He initially chose a more conventional route: shooting with a DSLR camera, a Canon 1100D.

“I looked all over Instagram and saw the beautiful pictures the camera took of the aurora,” he said. “I told myself one day I will take pictures of the same insane quality. So I went on YouTube and got obsessed, trying to figure it all out. After a while, I got bored just taking pictures, so I wanted to learn how to do time lapses. I bought a Canon 80D and learned the skill. Then everything just went from there, I got more and more interested in videos.”

Settemsdal, known online as Zm Fpv, runs his own company in Norway, Zm Media, and now lives in the city of Bergen.

“Once I realized the Canon 80D could not meet my quality standards, I upgraded to an A7III, and bought a slider to get some movement on the time lapses. In 2019, the evolution of FPV drones and the release of the DJI FPV video system came on the market. We started to see epic mountain surfing videos on YouTube.”

That inspired him to find a used drone bundle, but it “crashed a lot. So I started to train in the simulator and got better over time. But real flying was scary, even after many hours of simulator practice,” he said.

In time, Settemsdal invested in “the right gear and bought everything new. I tried shooting different scenarios and just throwing myself into situations. We learn from our mistakes, and with FPV drones, you need to fail to succeed.”

“I have now reached a level where I feel I have full control and can manage a lot of situations,” he told Zenger. “I spent a whole year during my master’s degree wondering if I should go full time with it. After summer 2020, I decided it was the right choice.

“My favorite thing in the world is to fly my drone because it gives me an insane rush when visiting epic locations — you never know what you encounter. It is like flying a fighter jet, you feel like you are sitting in the cockpit with the goggles on.

“I have spent two years practicing the skill. It takes a lot of practice to manage the drone and years to be comfortable in any situation.”

A committed filmmaker, Settemsdal said he builds his drones from scratch, using parts from different manufacturers. “Then you need to program the settings, tune the drone, to make it fly to the best of its ability. I am always trying to be creative, looking for symmetrical lines and to have some kind of object in focus. In nature, there are always lines to follow, but that is often not enough…

“I don’t use special effects often, but I have spent many hours learning about color correction and color grading to maximize the GoPro footage.”

He considers his art his main job, but he took on extra work due to the pandemic. “I am still in an early stage of going full-time.“

His goal is simple: “I make my videos to inspire others and showcase beauty spots in a different light.”

«Previous Post
Aubrey Plaza Of ‘Parks And Recreation’ To Star In New FXX’s Animated Series»Next Post
Something To Cry About: Professional Mourners In Kenya Hit Hard By Covid