The technology has the thickness of only two atoms. 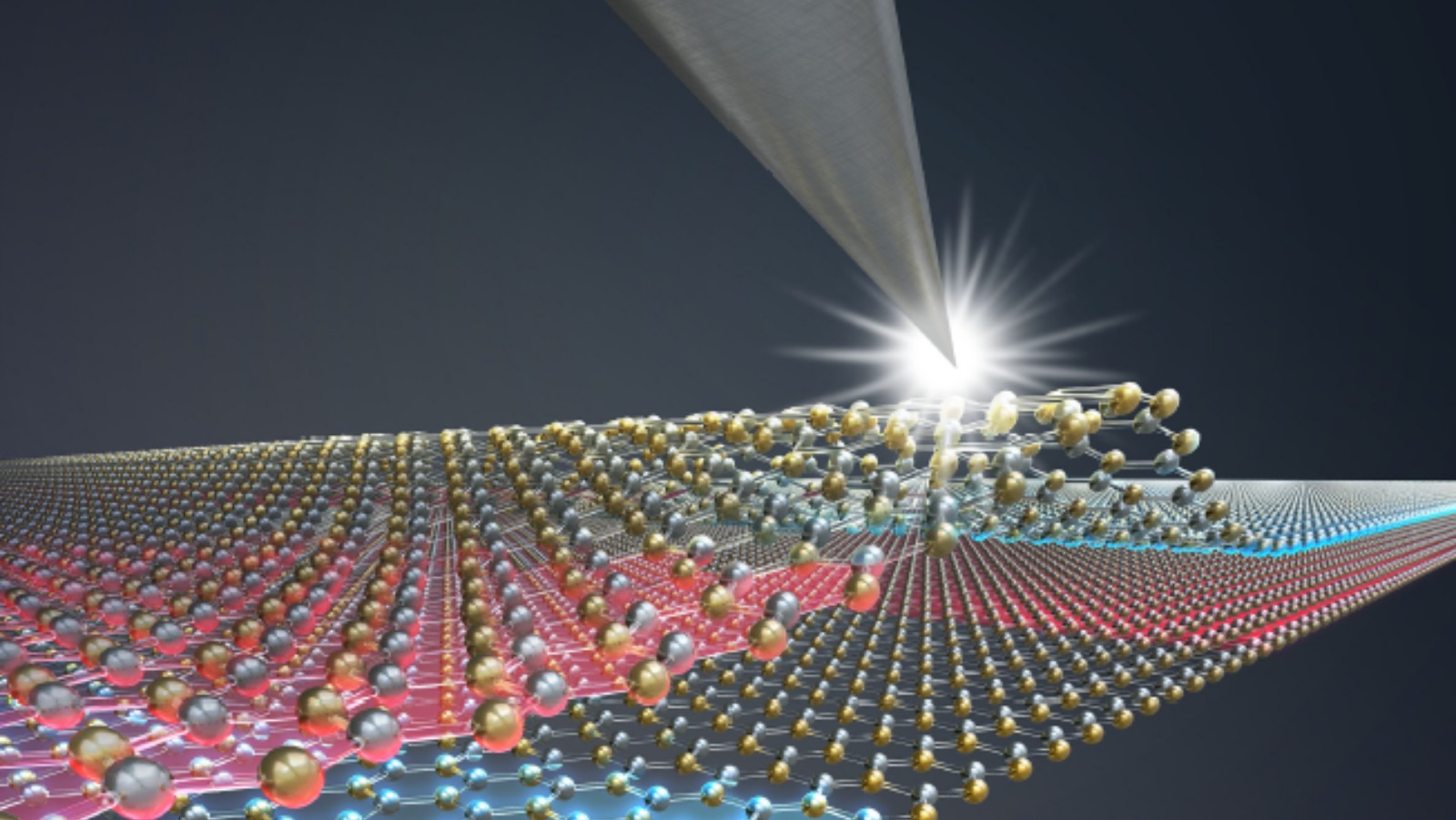 A rendering of the new crystal structure for storing electronic information. (Courtesy of Tel Aviv University)

A revolutionary way to store electronic information on an incredibly small scale — 2 atoms thick, to be specific — is described in a paper by Tel Aviv University scientists published in Science magazine.

By using one-atom layers of boron and nitrogen, some of the most stable and inert materials found in nature, and arranging them in a repetitive hexagonal structure, the researchers created a stable computing system capable of boosting the information reading process much beyond current technologies.

Moshe Ben Shalom, who worked on the project with other scientists from the Raymond and Beverly Sackler School of Physics & Astronomy at TAU, said the research stemmed from curiosity about the behavior of atoms and electrons in solid materials.

“We try to understand, predict, and even control the fascinating properties of these particles as they condense into an ordered structure that we call a crystal. At the heart of the computer, for example, lies a tiny crystalline device designed to switch between two states indicating different responses — ‘yes’ or ‘no,’ ‘up’ or ‘down,’ etc.,” said Ben Shalom.

Without this dichotomy, it would be impossible to encode and process information. The practical challenge is to find a mechanism that would enable switching between states in a small, fast and inexpensive device.

Ben Shalom emphasized that this revolutionary thin structure enables memories based on the quantum ability of electrons to hop quickly and efficiently through barriers — significantly improving electronic devices’ speed, density and energy consumption.

“The concept of interlayer sliding as an original and efficient way to control advanced electronic devices is very promising, and we have named it Slide-Tronics,” he said.

Maayan Wizner Stern, a PhD student who led the study, expressed the hope that this breakthrough will improve existing electronic devices and allow other original ways of controlling information in future devices.

“In addition to computer devices, we expect that this technology will contribute to detectors, energy storage and conversion, interaction with light, etc.,” she said.

“Our challenge, as we see it, is to discover more crystals with new and slippery degrees of freedom.”