The history of each Pelotas’ sweet is a mix of Portuguese, native, and African slaves’ traditions. 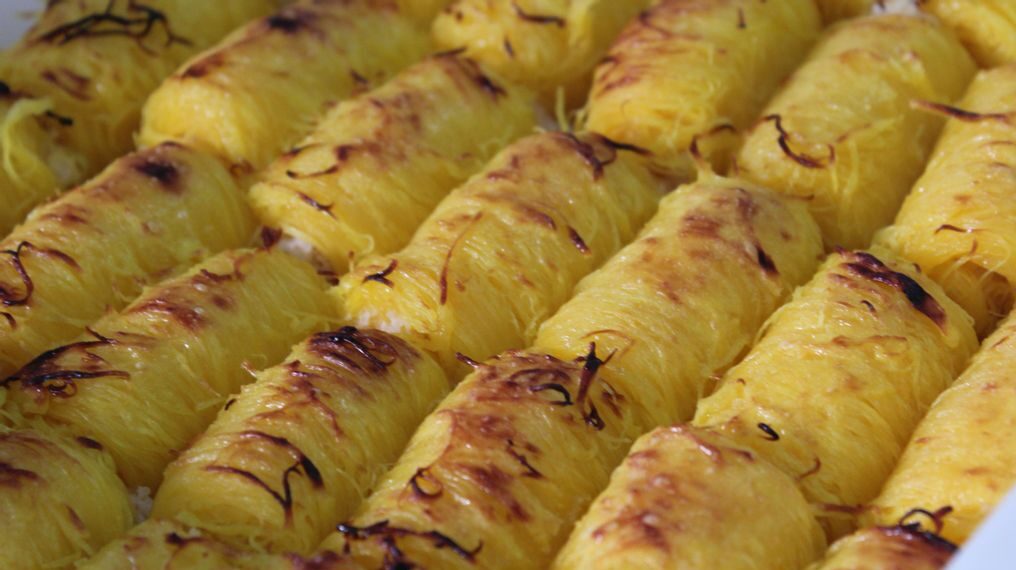 Pelotas’ sweets, though originating in Portugal, have been adapted over the centuries to the traditions and taste of Brazil. The region is now known for the culinary tradition of these sweets. (Luciano Nagel/Zenger)

PELOTAS, Brazil — The sweet-making traditions of the city of Pelotas, located in the Southern region of the state of Rio Grande do Sul, Brazil, were designated an Intangible Heritage of the country by the National Historical and Artistic Heritage Institute (IPHAN) in 2018. The city is known in Brazil for producing sweets, having set recipes, traditions and customs.

“The IPHAN certificate allows us to standardize our sweets. This does not include only our fine sweets, but also our homemade ones,” Paulo Pedrozo, the Secretary of Culture in the city of Pelotas, told Zenger.

The candies known as ‘sweets on a tray’ are a type of Brazilian gourmet sweets that were once for high society, and featured in the daily life of the well-off families in Pelotas.

These traditional sweets, which have eggs as their main ingredient, were primarily served at high society dinners, weddings, and christenings and, from the 18th century onward, during family gatherings and at festivities such as the Fenadoce de Pelotas.

Pelotas’ fine sweets date back to Brazil’s colonial times, as they are a mixture of native, Portuguese, and African slaves’ traditions and ingredients. For example, the quindim is a yellow-tinted sweet made of egg yolk, sugar and coconut milk.

“In Portugal, this sweet is called ‘Brisa do Lis,’ and it is a regional candy of the city of Leiria. It is made with three basic ingredients: eggs, sugar, and almonds. However, when the Portuguese conquistadors arrived in Brazil, they did not have almonds at hand, so they ended up using the closest ingredient they found to replace it: shredded coconut,” David William Lubke Jeske, a pastry chef who works at the candy company Imperatriz Doces Finos, told Zenger.

Lubke Jeske says that the slaves who worked in the kitchens when they replaced the ingredient were the ones who named it quindim. “It is a sweet that has African influence. Here in Brazil, quindim is also seen in Umbanda rituals, as a common offering to the Orixás [gods of the African diaspora] because of its color and ingredients,” he said.

Another sweet worth highlighting, not only because of its flavor but also its history, is the cameu, a highly sought-after sweet for tourists visiting Pelotas. It is made with nuts, condensed milk and butter, and is covered in fondant.

Lubke Jeske tells Zenger that the word ‘cameu’ comes from the Latin ‘camaeus,’ which means carved or sculpted stone. The name alludes to semi-precious stone jewels in a gray tone.

“The French Emperor Napoleon Bonaparte loved so much the cameu, that he founded a school in Paris to teach new pastry chefs how to make it correctly so that the French youth could get to know them,” he said.

The sweet Bem-casado is made up of two sponge cake disks known as ‘olvidados’. They are joined by a soft egg filling and covered by fondant.

According to tradition, the sweet represents the union and commitment of a newlywed couple and promises them a prosperous life full of happiness. According to superstition, each guest should be offered a Bem-casado after the wedding ceremony to ensure a happy marriage

The doce ninho and how it is made

The doce ninho [sweet nest] is a sweet shaped like a bird’s nest, and must be handmade with threads of rolled eggs to emulate the branches of a nest. It is then filled with soft eggs and decorated with silver, sugary ornaments. Generally, the nest is finished in an oven so that it has a slight brown color on the surface.

Angélica Vevianar Vega, a pastry chef, thanks the doce ninho for allowing her to make a living after being unemployed for almost two years due to the pandemic. “I worked as a kitchen assistant in a city school, but I was let go as soon as coronavirus arrived in the country. As a result, my family’s income fell by almost half,” she told Zenger. She is married and has four children.

“Recently, I got a new job here at Imperatriz and learned how to make nests. I’m thrilled,” she said.

Lubke Jeske’s mother, Maria Helena Lubke Jeske, 51, has worked in the fine confectionery industry for 30 years. Currently, their small company has 50 employees. “We had hired 100 people to work during the Fenadoce de Pelotas, but due to the cancellation of the fair due to the pandemic, we had to, unfortunately, reduce our number of employees,” said David Lubke Jeske.

The Fenadoce is a gastronomic fair that aims to highlight the tourist value of the city of Pelotas and promote Brazil’s sweets and pastries across the country and abroad. Yet, the fair has been put on hold for the last two years due to the pandemic. Nevertheless, despite many difficulties, many of the city’s pastry chefs were not disappointed and continued to make the sweets in their own homes, such as pastry chef Ana Beatriz Menna Barreto.

With over two decades of experience, Menna Barreto’s specialty is the Santa Clara cake. The sweet has its origin in the convent that bears its name, located in Coimbra, Portugal, which was founded by Queen Elizabeth of Portugal in 1314. The Queen, who later became Saint Elizabeth of Portugal, retired to the convent after her husband’s death in 1325.

“During that time, egg whites were used to starch clothes, and as resources were limited, instead of throwing away the yolk, nuns ended using egg yolks to make cakes, creating the Santa Clara cake,” said Menna Barreto.

The Santa Clara cake is made with an extremely thin dough, similar to tissue paper, folded in an envelope shape with two ends joined over the sweet eggs filling. It has a light and crunchy texture and is very popular both in Portugal and in Pelotas.

The city’s pastry chefs no longer want to make the Santa Clara cake as tradition dictates, because “preparing the dough takes a lot of work,” she said. “I love making cakes that way. It is very nice to see, like a work of art. It’s a shame that people no longer want to follow the tradition.”