The actress also writes and produces the podcast “Not (Blank) Enough,” which explores insecurities. 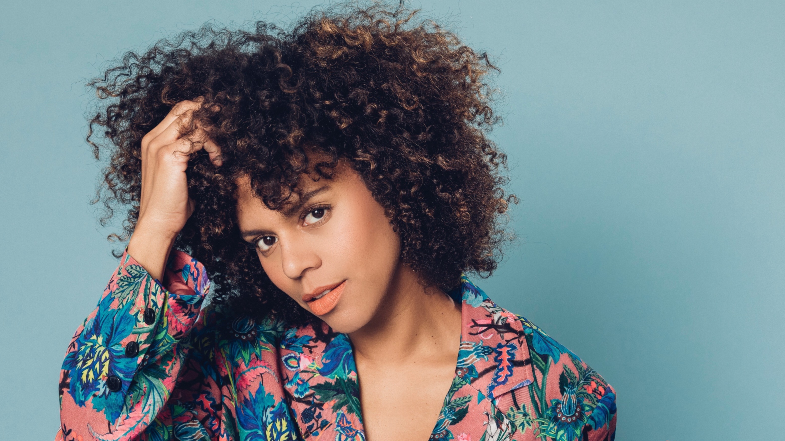 Grasie Mercedes is Dominican-American and Afro-Latina. Her personal life often serves as a source of inspiration for her creative endeavors. (IMDb/Brecht Van’t Hof)

“Grand Crew” is centered around a group of young professionals trying to navigate life and love in Los Angeles — always finding time to gather at their favorite bar to “wine down” and unpack their experiences.

Mercedes plays Fay, a recently divorced transplant to Los Angeles, who becomes fast friends with the regulars at Eastside Cru.

Mercedes began her show business career behind the camera — as a producer at “MTV Networks.”

She made her directorial debut with “Egg Day,” a comedy short screened at the LA Shorts International Film Festival and the Atlanta Film Festival. Her most recent short film, “Just the Two of Us,” recently entered the festival circuit.

As a writer, she recently collaborated on the first season of NBC’s “Perfect Harmony.”

Mercedes’ personal life often serves as a source of inspiration for her creative endeavors. Such is the case with “My White Boyfriend,” a web comedy series she co-authors and co-directs. “My White Boyfriend” explores the experience of interracial dating.

To keep busy during the pandemic, she wrote and executive produced the podcast “Not (Blank) Enough,”  in which she hosted candid conversations with her guests about insecurities and triumphs related to feelings of “not-enoughness.” The podcast’s second season was released in June.

“Grand Crew” is produced by Universal Television, a division of Universal Studio Group.

«Previous Post
VIDEO: Is That A Michel-Mango-Lo? Artist Who Makes Incredible Sculptures From Fruit»Next Post
Aubrey Plaza Of ‘Parks And Recreation’ To Star In New FXX’s Animated Series