Many countries have evacuated their citizens and diplomatic personnel from Afghanistan due to precarious security. 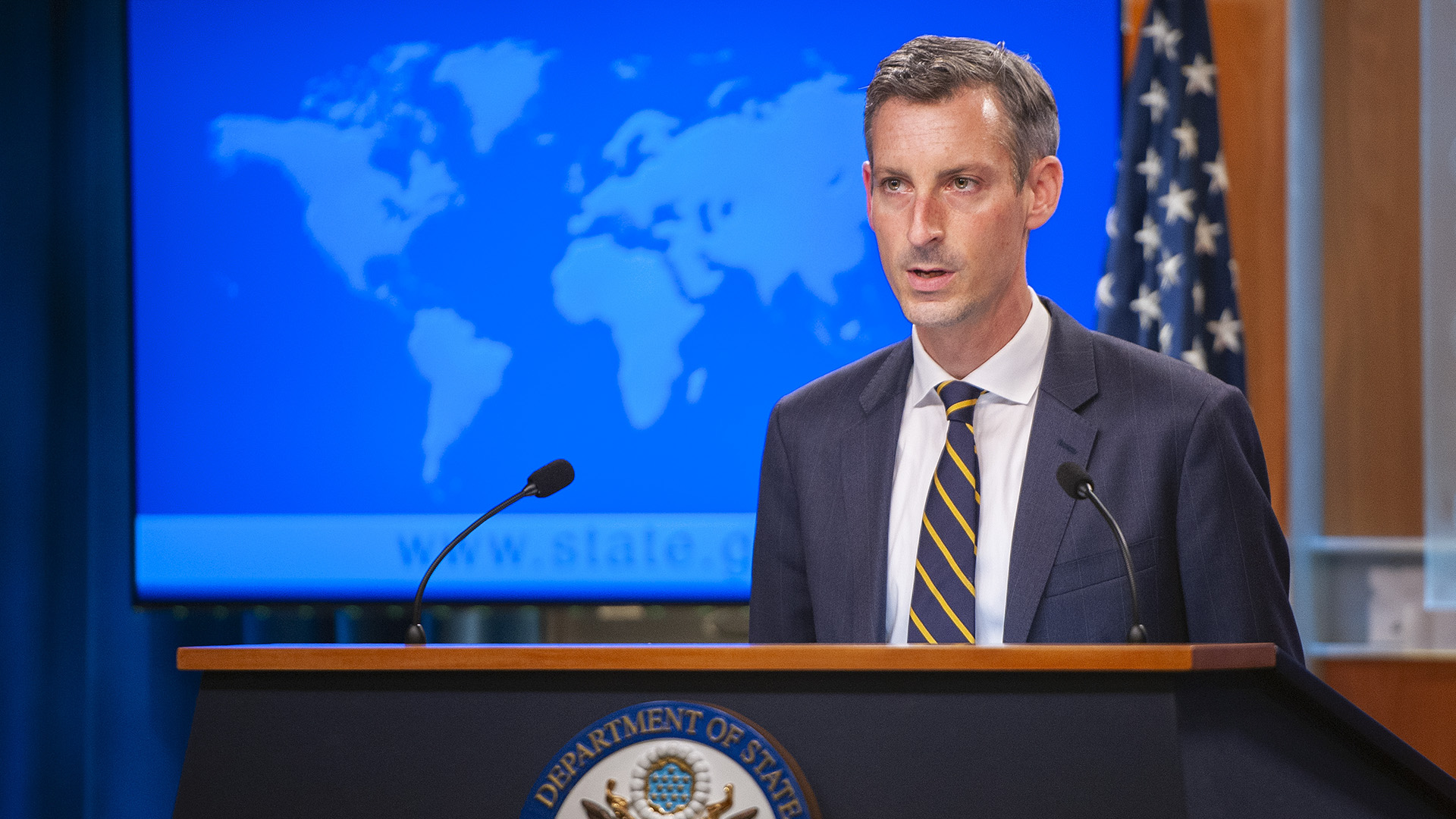 Spokesperson Price Delivers Remarks to the Press on Afghanistan, at the U.S. Department of State, in Washington, D.C. (State Department photo/James Pan)

WASHINGTON — Regarding the future control of the Kabul international airport, the US State Department informed that the United States is engaged in discussions with the Taliban.

“A functioning state, a functioning economy, a government that has some semblance of a relationship with the rest of the world needs a functioning commercial airport,” said Ned Price, spokesperson of the State Department.

“As of the morning of Aug. 25, @statedept  has called every American who has expressed interest in departing Afghanistan via the Repatriation Assistance Form on the @USEmbassyKabul website. We have made more than 4,000 personalized calls over the last four days,” tweeted Price.

“We are in discussions with the Taliban on this very front. They have indicated to us in no uncertain terms that they seek to have a functioning commercial airport,” he said.

This comes as Pentagon official has said that there are significant threats to the US airlift operations out of Afghanistan. Still, their military is taking measures to mitigate them.

Earlier on Aug. 23, US National Security Adviser Jake Sullivan, in a briefing, said that the US is in talks with the Taliban daily. They are “consulting with the Taliban on every aspect,” including the Kabul airport situation.

Despite ongoing talks with the Taliban, Sullivan said that US forces at the Kabul international airport continue to face a severe threat from the Islamic State terror group.

In the press conference of Aug. 25, Price said that discussions with the Taliban have been “operational” and focused on their “near term” operations.

“Those near term operations and those near term goals in the first instance are focused on what is going at the airport compound (Hamid Karzai International Airport),” he said.

Furthermore, Price said the US has begun “to have conversations about what the international community would want to see of any future government in Afghanistan and to be very clear about what would be unacceptable to us.”

Many countries have resorted to evacuating their citizens and diplomatic personnel from Afghanistan due to the precarious security. Some are planning to take in a limited number of Afghan asylum seekers.

“We believe we have the money to get out the American citizens who want to leave Kabul in the days remaining,” said Sullivan.

“This operation is complex. It is dangerous. It is fraught with challenges — operational, logistical, human. And it is produced searing images of pain and desperation. But no operation like this, no evacuation from a capital that has fallen in a civil war, could unfold without those images.

«Previous Post
VIDEO: New Jag Off-Roader? No – Just A Pair Of Four-By-Paws Holding Up The Traffic »Next Post
Taliban Not Allowing Food To Get Into North-Eastern Afghanistan: Afghanistan’s President