The UN Refugee Agency is calling upon countries neighboring Afghanistan to accept refugees as the situation remains precarious. 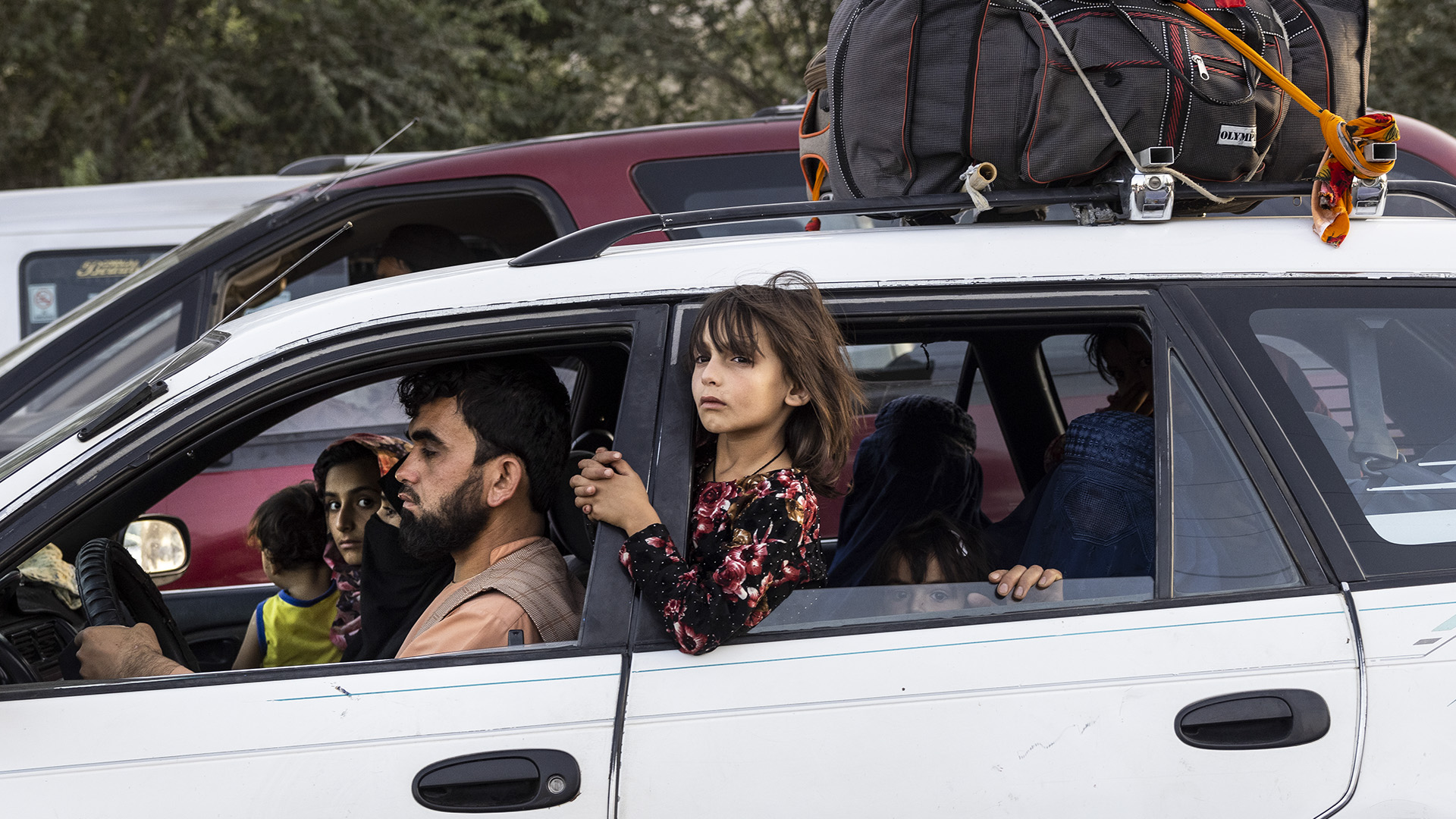 Displaced Afghans head into Kabul from the northern provinces desperately leaving their homes behind on Aug. 10, 2021 in Kabul, Afghanistan. (Paula Bronstein/Getty Images)

GENEVA — Catherine Stubberfield, the regional spokesperson for Asia and the Pacific of the United Nations High Commissioner for Refugees, said that the agency is calling upon countries neighboring Afghanistan to accept refugees as the security situation in the Central Asian country remains precarious.

The agency is not engaged in evacuation operations conducted by some countries to fly their citizens and diplomatic personnel out of Afghanistan, along with a limited number of Afghans who cooperated with them before the Taliban (designated terrorist and banned in Russia) took over.

“The 1st thing we’re asking is for countries to keep their borders open so that Afghans who want to seek protection can do so,” tweeted Stubberfield.

“The 2nd is support for people who are internally displaced— lifesaving assistance for those who had to leave their homes.”

“At this stage, our primary concern is that Afghans who are seeking safety can reach it, including across borders and into neighboring countries if needed,” Stubberfield said.

“United Nations High Commissioner for Refugees is calling on countries neighboring Afghanistan to keep their borders open in light of the intensifying crisis in Afghanistan.”

“The vast majority of Afghans are not able to leave #Afghanistan through regular channels. Footage taken a few days ago of crowds at the airport has shocked the world. That utter desperation for a way out speaks powerfully to the sense of fear + uncertainty among many”… 1/3 pic.twitter.com/Xm4ceZzDTv

Even though neighboring countries have welcomed the majority of Afghan asylum seekers for over 40 years, including Iran and Pakistan — currently hosting nearly 90 percent of refugees from Afghanistan— the international community has to be ready to step up support for the Central Asian nation and its neighbors in case of a significant influx of Afghan refugees, said Stubberfield.

Current refugee evacuation initiatives of countries only cover the needs of a minimal share of Afghans. At the same time, the number of internally displaced people in Afghanistan amounts to 3.5 million people, including over 500,000 displaced since January 2021, Stubberfield said.

“While United Nations High Commissioner for Refugees welcomes the expressions of solidarity made by several countries to either evacuate or resettle Afghans in need of protection, these efforts are unfortunately only able to benefit a tiny proportion of the millions of Afghans already displaced and in need across the country,” she said.

Stubberfield said that such initiatives should not impede Afghan asylum seekers from going to other countries directly or replacing Afghanistan’s essential aid.

On Aug. 15, the Taliban entered Kabul, which led to the collapse of the US-backed government.

Even though the Islamist movement promised safety to all Afghans and voiced their readiness for dialogue with Afghan political forces, many nationals have been trying to leave the country on foreign evacuation flights, which led to chaos and deadly clashes at Kabul Airport.