Popcorn With Zenger: ‘Reminiscence’ Is A Dull Trip Down Memory Lane

Film offers a black-and-white vibe in a future setting, but fails to deliver an engrossing story. 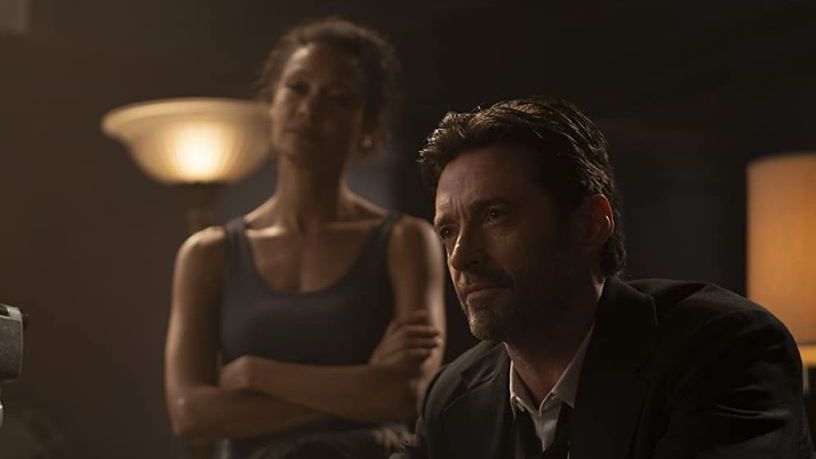 Thandiwe Newton and Hugh Jackman are in charge of sending people on the ultimate nostalgia trip in “Reminiscence.” (Warner Bros.)

It is almost an insult when a film with an intriguing premise turns out to be as dull as dishwater.

Hugh Jackman’s days of playing superheroes are over until Disney decides to pay him eight figures to come back. For now, he is testing the waters in a film that is all about obsession with the past. The film, if it was actually smart and thought-provoking, would be a metaphor for society’s obsession with dragging up slices of the past in order to cope with the mundane and depressing reality of the present.

Instead, what we receive is a weak neo-noir with a science-fiction element that the film bungles within its first 20 minutes.

The Story: “Reminiscence” takes place in a world plagued by climate change. Rising sea levels have caused coastal cities like Miami to flood, while the rest of the country is uninhabitable during the day due to record heat, so people are forced to only come out at night.

Everyday people live in such misery that they have become addicted to nostalgia, yearning for a better time. Nicolas Bannister (Jackman) and his partner Emily Sanders (Thandiwe Newton), operates a business that allows people to relive specific memories in their own minds. When a client named Mae (Rebecca Ferguson) arrives asking for help, Nick is instantly obsessed with her, to the point that he risks trapping himself in his own memory to be with her again.

When Mae disappears, Nick makes it his mission to find out what happened to her, only to discover that not only was she not the woman he thought she was, but she was tangled in a much deeper and darker plot in his life.

Bright Spots: All the money in this film went to its impressive production design and futuristic elements. “Reminiscence” creates a visual “Waterworld” in a post-apocalyptic future. Shot on location in New Orleans and Miami, the post-production creates a visual oasis that is both appealing and depressing.

Jackman and Ferguson have an undeniable chemistry, last seen when the duo worked together in the 2017 film “The Greatest Showman.” Jackman doubles as the film’s narrator as he tries to bring home the neo-noir storytelling, giving the film a black-and-white vibe in a future setting.

The film’s best asset is its creative use of set pieces, such as its underwater wastelands, which display the struggle of classism even under the seas. “Reminiscence” is a series of good ideas that are not properly executed.

Weak Spots: When one person is listed as the writer, producer, and director of a motion picture, then there is only one person to blame for a movie’s failures. Lisa Joy, who had never worked on a feature film, got the job from Warner Bros. based on her work co-creating the hit HBO show “Westworld.” But success in television doesn’t always translate into films.

Joy attempts to recreate as much of her “Westworld” magic as possible in a near post-apocalyptic environment. She even brings “Westworld” actress Newton to create as much familiarity as possible. Where “Reminiscence” goes wrong is trying to balance many genres and never perfecting one. The result is a film that is joyless and boring.

Veteran actors Jackman and Newton’s performances are wasted in a film that doesn’t even care about its own mystery. Nick is obsessed with reuniting with a woman he only knows via memories and even other characters become infuriated with Nick’s quest.

An adventure based on a romance that even the film itself doesn’t believe in leaves audiences detached emotionally from the story. With no story to follow, people begin looking for distractions, and the element of reliving nostalgia is nothing more than a plot device for the film to take a break and give exposition dumps. Joy introduces many elements to her story but doesn’t commit to any of them, leaving a jumbled mess of what could have been.

The Takeaway: In a world based on climate change, “Reminiscence” doesn’t have the clean energy to keep its steam from start to finish. Director Joy stacks the deck in front of the camera, but behind it turns the film into a meaningless misfire.

See or Skip: “Reminiscence” continues Warner Bros.’ streak of flops this summer (“Mortal Kombat,” “Space Jam: A New Legacy”) with a film that is far duller than it should be.