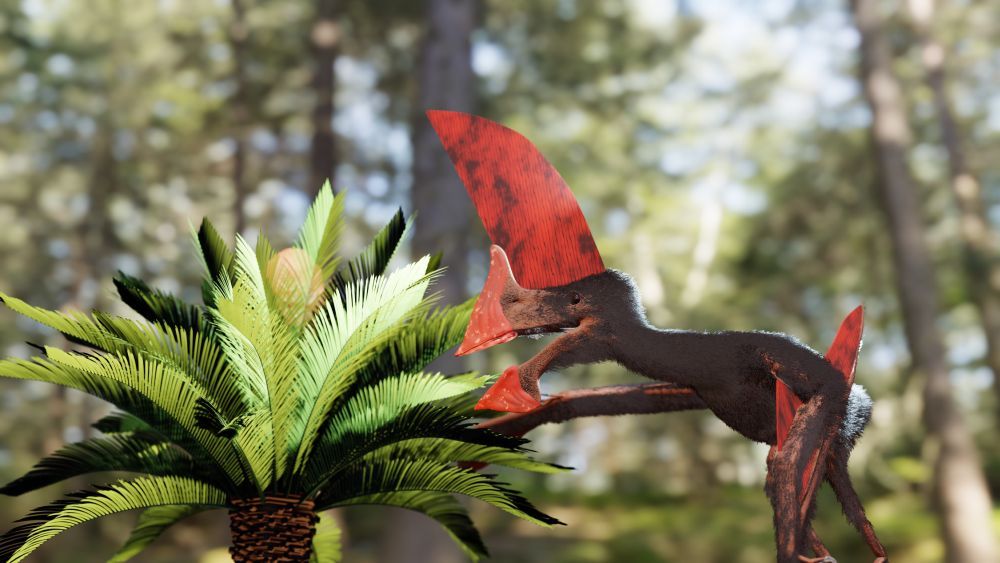 A police raid in São Paulo, Brazil, eight years ago led to the discovery of best-preserved flying reptile fossil ever recorded.

The nearly complete skeleton of Tupandactylus navigans, which lived in the Early Cretaceous period more than 100 million years ago, had a preserved skull and postcranium.

“We described the most complete tapejarid fossil from Brazil, a partially articulated skeleton of Tupandactylus navigans with soft tissue preservation. This specimen brings new insights into the anatomy of this animal and its constraints for flight, arguing for terrestrial foraging ecology,” said Victor Beccari, lead author of a study on the findings.

“The new specimen considerably improves our understanding of tapejarid anatomy, taxonomy, and ecomorphology,” the study states.

The fossilized flying reptile was preserved in six limestone slabs confiscated by police. It is now housed at the University of São Paulo. After piecing together the disparate slabs, researchers used CT-scans to reveal the bones concealed within the stone.

Brazilian federal police found the fossil described in the study during an investigation of illegal fossil trade in 2013. They recovered 3,000 specimens from a number of states. The specimens were turned over to the Geosciences Institute of the University of São Paulo.

Paleontologists for the first time have been able to study more than just the skull of this species, which is part of the wider tapejarid family. They also were able to identify remaining soft tissue.

Tapejarids, a subgroup of flying reptiles called pterosaurs, featured outsized head crests. Some species had a wingspan of up to 16–20 feet, while their crests could stand 3 feet tall.

While tapejarids are abundant in Brazil’s rich fossil record, though only in partial remains.

In the new study published in PLOS ONE on Aug. 25, researchers describe an exceptional specimen that includes nearly the entire body, making it the most complete tapejarid skeleton ever found in Brazil.

The study states that Typandactylus foraged for plants with its toothless beak. Researchers believe that its formidable soft-tissue head crest, long neck, and the proportion of its limbs would have made long-distance flight difficult. There are theories that the crest may have served to signal other individuals of the species.

Typandactylus did have the ability to propel itself in flight, given the presence of a notarium [fused thoracic vertebrae, characteristic of some birds] and muscle anchoring its arm bones.

This species also had a large crest on its chin, adding to its impressive array of skull characteristics. Researchers do not know how these factors may have helped Typandactylus in flight and otherwise.