Jaleel Knight's song spells it out for the world to hear: He is not seeking sympathy, just a stage to show off his craft.
By Percy Lovell Crawford August 25, 2021
Facebook
Twitter
Linkedin
Email 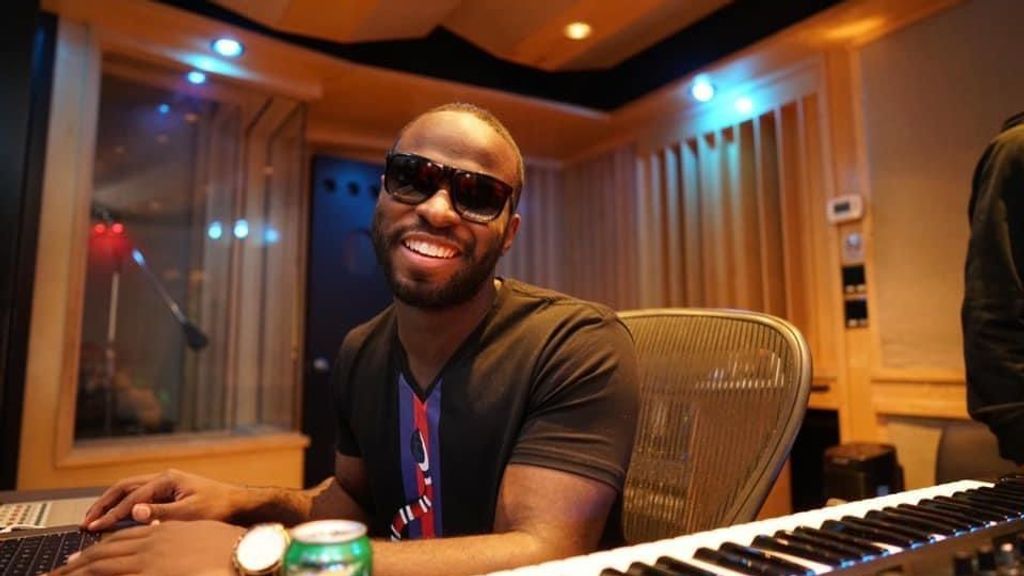 Glaucoma took a young Jaleel Knight’s eyesight but not his ability to chase his musical dreams.

He overcame being bullied, knowing that his journey would not be easy. But it never deterred him.

One of the hottest young artists in the game, Knight’s pursuit of his passion outweighed being visually impaired. In 2019, he released his “My Point of View” project featuring the hit “Ain’t No Love.” In his December 2020 release, “Pity Party,” Knight spells it out for the world to hear: He is not seeking sympathy, just a stage to show off his craft.

Using his life experiences to create music, the Baltimore native can rap, sing, produce and play keyboards and other instruments. With no limitations on his musical boundaries, Knight’s perspective on taking his career to the next level is very clear.

Zenger spoke with Knight to discuss his multi-faceted musical approach and much more.

Zenger: How is everything going with you?

Zenger: There is so much music out there, I’m sure you must live in the studio now just to keep up.

Knight: For sure. The listeners are spoiled. On average, Spotify uploads 40,000 records a day or something crazy like that. So, you gotta stay ahead of the curve. You gotta deliver something that they don’t have already to make sure you stand out.

Zenger: You are definitely providing that. There are many layers to your work. You can rap, sing, produce, and you play instruments. How important is it for you to be multi-faceted to stand out?

Knight: As far as me playing instruments, I like to do it because I get to create the vibe. It’s different if somebody sends me a beat, I kind of have to go in the direction where that beat takes me versus me coming up with a melody and taking it in the direction where I want to go. And as far as me being able to sing and rap, that helps because every song is different. It gives me endless creative possibilities.

Zenger: You obviously got it figured out, but that sounds like that can be tricky at times to decipher which one works for each project.

Knight: Music is feeling, so I let it take me where it takes me. I got this thing where, if I feel like I’m forcing it too much, I’ll leave the studio. I like to let things be natural and flow the way it’s going to flow. There is nothing wrong with stepping back and coming back another day. I’m a studio rat when I make beats. I try to make a beat a day. But I won’t necessarily record, though. I just might not be there that day. I just might want to make beats that day. And then one day I might get up and be inspired to go lay something down. It’s all in the feeling. I don’t force nothing.

Zenger: I see more artists produce beats now. Why do you think that is?

Knight: I feel like it’s just another avenue, bro. It’s hard to say because I can’t really speak to anyone else because I was producing since I was like 10. I used to produce on the Casio keyboard where they would have a sequencer on there. They didn’t have it where you could quantize and snap everything on rhythm. If the piano part was for four minutes, I would have to lay the drums down for four minutes, and if I messed up at two minutes and 30 seconds, I would have to delete that and start over. I literally had to stop and start from the beginning until I get it right. Because there wasn’t any quantizing, I had to try my absolute best to be on beat.

Zenger: You were born in Newark, New Jersey, and moved to Baltimore, Maryland, so life wasn’t easy as is. And then you’re diagnosed with glaucoma which eventually leaves you completely blind. How did you manage to get to where you’re at today?

Knight: At the end of the day, I was born with my condition, so I’m going to have to live with it forever. I don’t want anybody pitying me. The people around me forget that I’m blind because I’ve been able to adapt. They forget. They still send me pictures and stuff like that. They will be like, “Yo Leel, look at… damn, I wish you could see this, man.” They still do that.

Zenger: You call yourself “The Trap Stevie Wonder.” But if not visual, where do you get your inspiration from?

Knight: Inspiration comes from anywhere for me. It can come from a conversation. I’ll listen to conversations that I have with somebody, or just my experiences. The things that I talk about, I have either been through it or I’ve been around it, and I’ll just tell it from my point of view.

Zenger: I could tell right away that your music is very much experienced-based.

Knight: Yeah. Especially when you have lived the life that I have, can make the best music.

Zenger: “Ain’t No Love” is a certified hit. I love that song. Talk us through the making of it.

Knight: When it comes to that song, I’m going to give the credit to my partner, Carl. He kept telling me, “Leel, do this sample.” I was like, “Nah, man.” I wasn’t really inspired to do that. And then I went through some things, and it made sense. I was able to perform it the way I needed to. I had to go through something to really feel that way. I had to play with the sample. When I realized that I could spin it my way, that’s when I felt it more.

Zenger: You sound like you really have to connect with the music to make a record.

Knight: Yes, because I believe people can feel that. They know when something isn’t genuine, so I want to always give the most authentic feeling as possible. I don’t ever want to create a record that I feel like is forced. Bro, when you’re creating, you’re not really thinking about the impact that it might have on people until you put the record out and your DMs [direct messages on social media] get flooded.

People have been telling me how it helped them get through their day and how it’s their favorite song. People are telling me how their mom passed away and they dedicated one of my songs to their mother. I have had people tell me that I have helped prevent them from committing suicide. These are the kinds of DMs that I have received. It’s inspiring for me because all I’m doing is being me and telling my story, and that’s impacting people. I didn’t realize how much of an inspiration I can be just by being myself; being blind and going through the things that I went through.

Knight: It’s crazy because I feel like my supporters know that my journey is a hard one. They be DMing me like, “Keep going. Don’t give up.” And I’m like, “How did you know I was getting tired of all this?” It directly motivates me, and they don’t even know it.

Zenger: Musically, what do you have coming up?

Knight: Just more heartfelt music. Whether it be a situation I had in my personal life with a female, or a situation of growing up in Baltimore, or me at the club. You never know. Just whatever the vibe is. More authentic music.

Zenger: I can’t wait to hear it. Thank you for your time, and definitely continue to keep pushing. Is there anything else you would like to add?

Knight: I appreciate you for having me. Stay on the lookout — we have big things coming. I have a record with the City Girls out, too. That’s doing pretty good right now. It’s me, Yung Miami, Cashflow Harlem and City Girls, and it’s called “Take Money.” That’s out on all platforms. And I’m actually about to drop the video to “Throw Away,” our latest single. And I’m about shoot another video to the next single I’m about to drop. So, I’m just working, man.