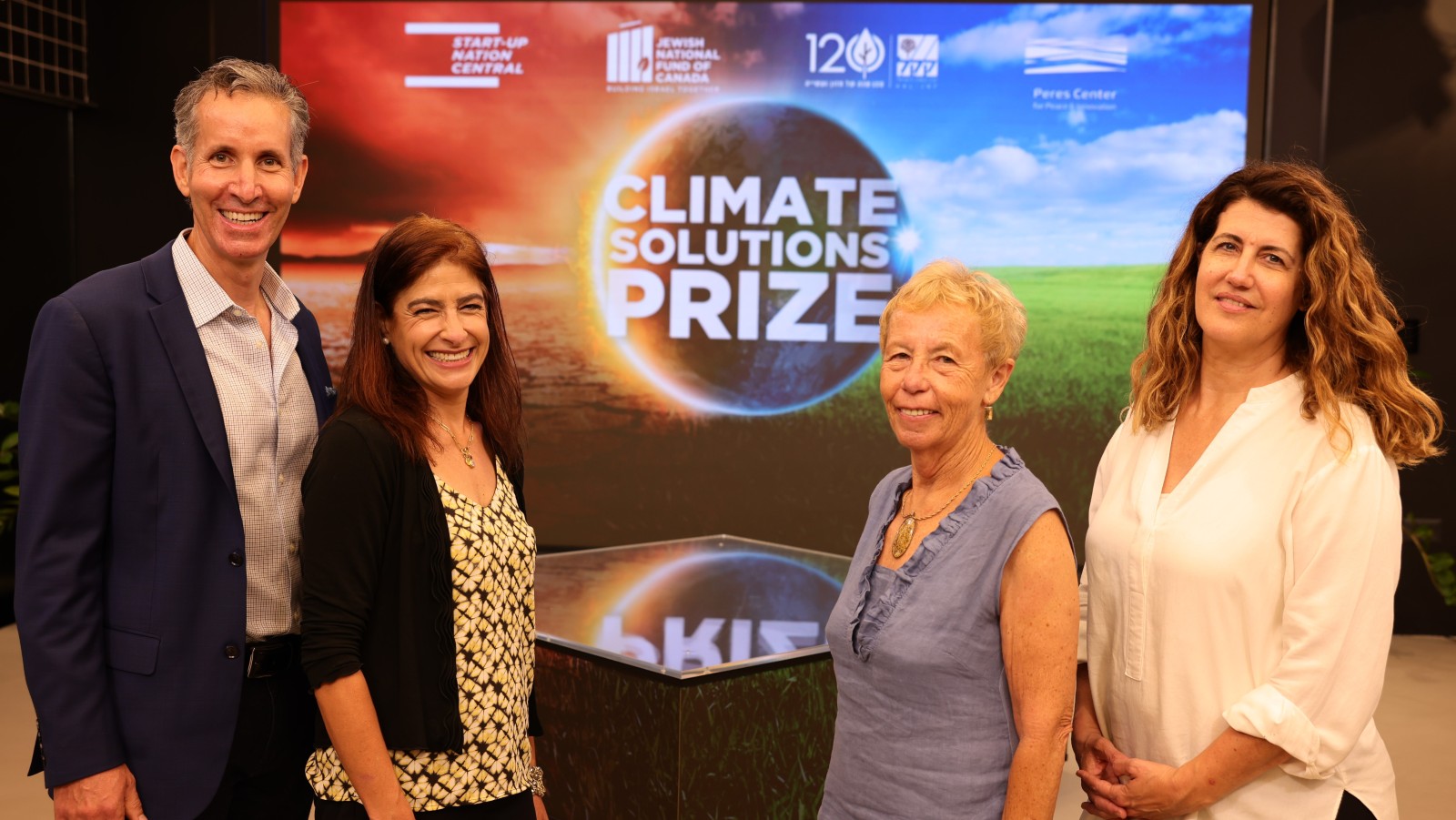 After the U.N.’s Intergovernmental Panel on Climate Change issued an alarming report on the climate crisis on Aug. 9, the Jewish National Fund Canada launched a Climate Solutions Prize: an annual $1 million award to an Israeli scientist, researcher or not-for-profit organization proposing an innovative way to mitigate the situation.

The largest Israel-focused incentive prize in Israeli history, the Climate Solutions Prize is cosponsored by KKL-JNF [Keren Kayemeth LeIsrael Jewish National Fund] in collaboration with Start-Up Nation Central and the Peres Center for Peace and Innovation. The finalists’ solutions will be showcased in a permanent annual exhibit at the Peres Center’s Israeli Innovation Center in Jaffa.

Applications will be accepted starting in fall 2021. Winners are to be announced at a June 2022 ceremony in conjunction with a weeklong Climate Innovation Festival in Israel.

“It has become clear that climate change is the biggest challenge of our time. If temperatures continue to rise, all we have worked so hard to build may be at risk due to increased flooding, forest fires and drought,” said Jeff Hart, executive chair of the Climate Solutions Prize.

“As Jewish people committed to tikkun olam — repairing the world — we created the Climate Solutions Prize to galvanize Israel, known as the Startup Nation, to develop breakthrough solutions to help solve the climate crisis, and even turn it into an opportunity.”

KKL Chairman Avraham Duvdevani said environmental action has been part of the organization’s mandate throughout its 120 years of existence. He added that the prize “is part of a series of initiatives set to be launched in the near future, including the opening of KKL’s Climate Center.”

Incoming Start-Up Nation Central CEO Avi Hasson said climate-tech “will be one of the major growth industries of the future and as such we are committed to take part in the Climate Solutions Prize initiative to help increase its reach and impact.”