Curious toddler gives his dad the slip, wanders onstage and even tries out a few keys. 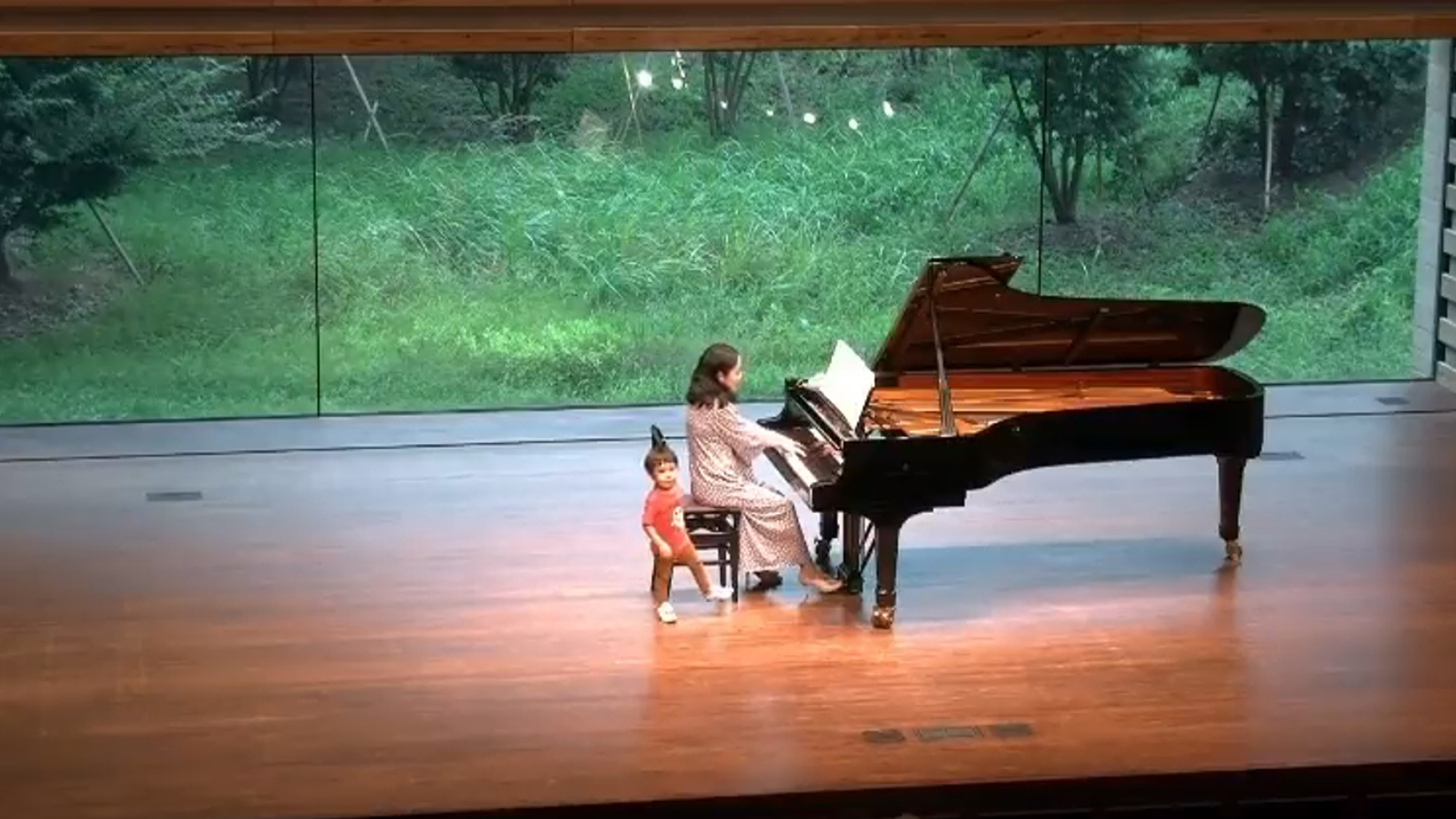 Not even her young son’s surprise walk-on mid-performance kept a dedicated pianist from completing her recital.

Mie Hirai’s 2-year-old son, Koutaro, who was supposed to be staying with his father in the concert hall, quietly walks across the stage as she plays Sergei Rachmaninoff’s “The Bells” in Osaka, Japan, on Aug. 14.

After Koutaro gave his father the slip, video shows him walking around on stage while his mother plays and checking out the sounds coming from the piano. A couple of times, he even puts his fingers on the keys, while his mother continues to play.

Koutaro doesn’t make any noise and doesn’t seem to notice the audience as he makes his way to his mother, who concentrates on her performance.

As mother and son make eye contact, Hirai hits a low note on the piano, smiles and maintains her focus.

“My son was supposed to be with my husband. I was very surprised when he appeared on stage while I was performing a piece that I have worked very hard to learn,” Hirai said.

Despite her son sidling up next to her and placing his hands on the piano, Hirai finishes her performance.

She stands up and smiles at her son before taking a bow and walking off the stage with him.

“The Bells,” a choral symphony written in 1913, premiered in St. Petersburg, Russia, on Nov. 30, 1913. The words are inspired by Edgar Allan Poe’s poem of the same name. Konstantin Balmont did the Russian translation, and in 1912, Mariya Danilova, a cello student at the Moscow Conservatory, sent it anonymously to Rachmaninoff.

In addition to playing piano, Hirai has also made videos in which she sings and dances.

As for her son’s antics at her performance, she said: “Next year, I want him to be the one playing, and I’ll watch.”