Stranded by lockdown, tourist takes up a new way of life. 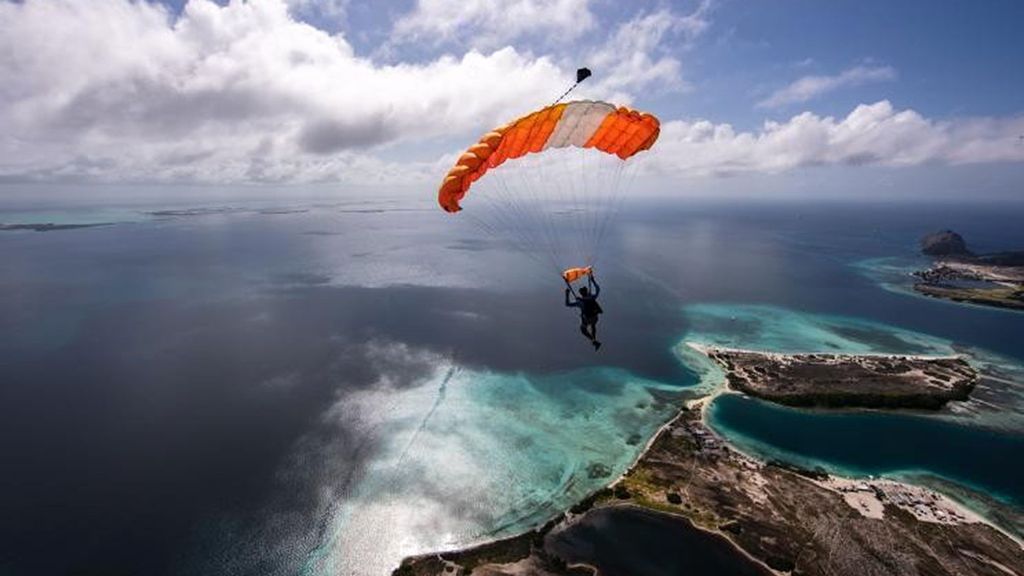 Sergey Aleseevich takes off on one of his flights of fancy. (@ffracoon/Zenger)

When a Russian tourist was forced to remain in Mexico last year, he not only “found himself,” but also his newfound passion — skydiving.

Now Sergey Aleseevich is a professional skydiver who trains others to enjoy the experience.

“I arrived in Mexico at the beginning of the COVID, and I couldn’t go back to Russia because many flights were postponed due to quarantine. … So it was an opportunity to find myself, and I had no desire to return to Russia,” Aleseevich told Zenger.

Since then he has posted video after video on Instagram — from both Mexico and Brazil.

In order to become an instructor in Mexico, Aleseevich took a course that required eight different jumps. He said he learned the basics: “to open the parachute, to land, to do some maneuvers to be in the correct parachuting position, with your belly down.”

“This is very important because the construction of the parachute only allows it to be opened from this position,” he said.

Aleseevich said he likes to pick out picturesque locations: “Beautiful mountains, oceans; of course when I choose a new location, I look where I go, who I go to, why I go. Flying through the clouds is the same as flying through cotton wool.”

One of his favorite locations to jump is the Maldives, he said, because of its “indescribable beauty.” He has also jumped in Venezuela and the United Arab Emirates.

In Dubai, he straps a camera to his head and films the action — always posting it online.

Skydiving is an increasingly popular sport in the United States, according to the U.S. Parachute Association, known to enthusiasts as the USPA. Last year, “participants made approximately 2.8 million jumps at more than 200 USPA-affiliated skydiving centers across the country,” the organization said.

And for first-timers worried about hurtling to Earth with a faulty chute, fear not: Skydiving deaths are exceedingly rare.

That statistic for 2020 means one death for every 256,000 jumps. By comparison, general anesthesia kills about one out of every 200,000 surgical patients, according to Cleveland Clinic anesthesiologist Christopher Troianos. Those are worse odds.

Aleseevich doesn’t worry: A picture on his Instagram account shows a certificate marking his 5,000th jump. And that was 2-1/2 years ago.

Leonardo da Vinci is credited with inventing the parachute in 1485 — on paper. More than three centuries would go by before anyone tried it. André-Jacques Garnerin parachuted 3,200 feet to Earth from a hydrogen balloon floating over Paris in 1797, according to the British Museum. He repeated the feat in London five years later.