Ethiopia is experiencing a conflict in one of its northern provinces.
By Zenger News Desk August 24, 2021
Facebook
Twitter
Linkedin
Email 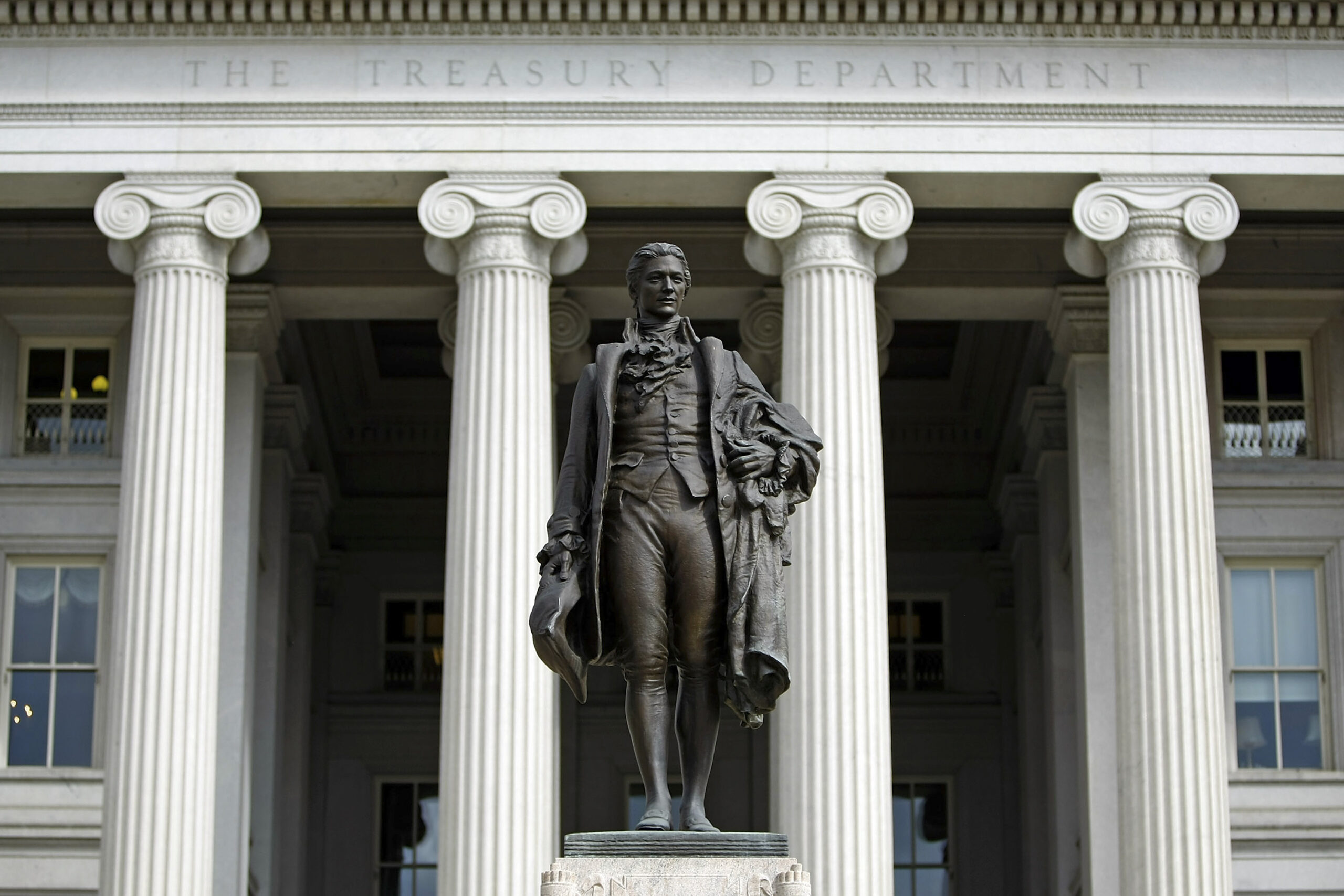 A statue of the first United States Secretary of the Treasury Alexander Hamilton stands in front of the U.S. Treasury in Washington, DC. (Chip Somodevilla/Getty Images)

WASHINGTON — Several sanctions on the Chief of Staff of the Eritrean Defense Forces Filipos Woldeyohannes have been imposed by the government of the United States, said the US Treasury Department.

Washington has accused Eritrean forces of partaking in the fighting in northern Ethiopia and perpetrating human rights abuses against civilians in Tigray.

The department will continue to take action against those involved in severe human rights abuses, M. Jacki, Director of the Office of Foreign Assets Control Andrea said.

“Today’s action demonstrates the United States’ commitment to imposing costs on those responsible for these despicable acts, which worsen a conflict that has led to tremendous suffering by Ethiopians,” she said.

“We urge Eritrea to immediately and permanently withdraw its forces from Ethiopia and urge the parties to the conflict to begin ceasefire negotiations and end human rights abuses.”

Ethiopia is experiencing a conflict in one of its northern provinces.

In November, fighting in the Tigray region broke out after the Ethiopian government accused the local ruling party — Tigray People’s Liberation Front — of attacking a regional military base to hijack weapons and arm the anti-government militia. Eritrea joined the conflict on the side of Addis Ababa shortly after that.

An estimated two million of Tigray’s six million people are reported to have fled their homes, and an estimated 900,000 people are likely experiencing famine conditions. In addition, as per the UN figures, about 33,000 severely malnourished children are projected to face imminent risk of death if more aid is not forthcoming to the people of Tigray.

Building upon the Global Magnitsky Human Rights Accountability Act, Executive Order 13818 was issued on Dec. 20, 2017, in recognition that the prevalence of human rights abuse and corruption that have their source, in whole or in substantial part, outside the United States, had reached such scope and gravity as to threaten the stability of international political and economic systems.

“Human rights abuse and corruption undermine the values that form an essential foundation of stable, secure, and functioning societies; have devastating impacts on individuals; weaken democratic institutions; degrade the rule of law; perpetuate violent conflicts; facilitate dangerous persons, and undermine economic markets,” said the US Treasury Department in the statement.

The United States seeks to impose tangible and significant consequences on those who commit severe human rights abuse or engage in corruption and protect the financial system of the United States from abuse by these same persons.