Farmers have been protesting on the different borders of the national capital since Nov. 26, 2020, against three farm laws. 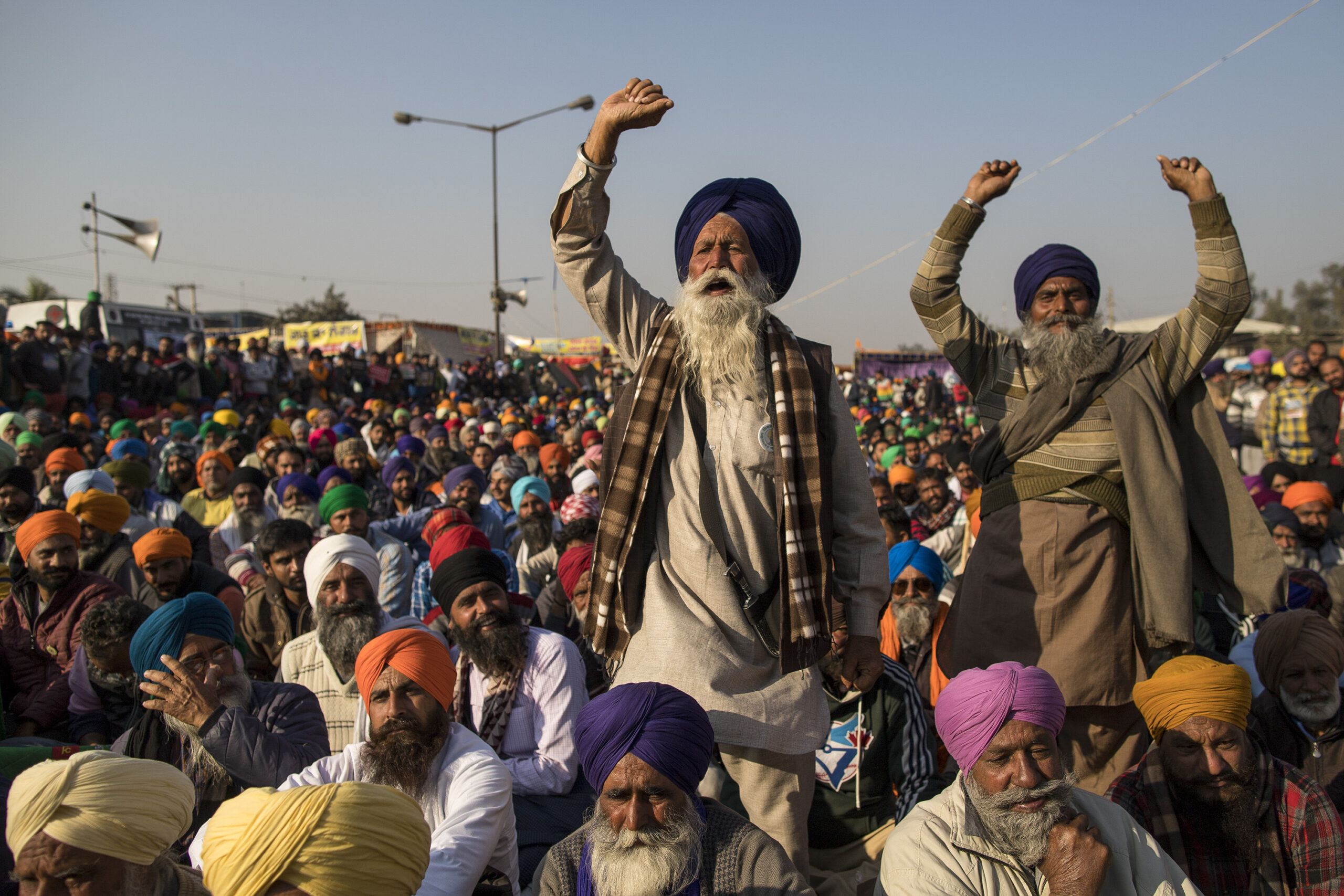 Farmers shout slogans as they participate in a protest at the Delhi Singhu border on Dec. 18, 2020 in Delhi, India. (Anindito Mukherjee/Getty Images)

NEW DELHI — The Supreme Court of India on Aug. 23 asked the Central Government to solve the blockade of roads due to the farmers’ ongoing protest against the three agriculture laws.

Farmers have been protesting on the different borders of the national capital since Nov. 26, 2020, against three farm laws — Farmers’ Produce Trade and Commerce (Promotion and Facilitation) Act, 2020; the Farmers Empowerment and Protection) Agreement on Price Assurance and farm Services Act 2020 and the Essential Commodities (Amendment) Act, 2020. Farmer leaders and the government have held several rounds of talks, but the impasse remains.

Headed by Justice Sanjay Kishan Kaul, the Bench said that the protestors have a right to protest at a designated space but cannot block the outflow and inflow of traffic.

“The solution lies in the hands of Union of India and state governments,” said the Bench headed by Justice Sanjay Kishan Kaul.

“You have to find a solution, they might have the right to a place to agitate, but the roads cannot be blocked like this,” said the Bench to the Solicitor General Tushar Mehta, who was appearing for the Centre.

The top court was hearing a plea filed by a woman resident of Noida seeking direction to ensure that the road between Noida to Delhi is kept clear so that the passage is not affected.

The apex court adjourned the plea for Sept. 20, saying time was granted to the Centre to look for solutions and report back here.

“You now have enough time. Please work out something,” said Kaul to Mehta.

In its affidavit, the Uttar Pradesh government said it is making efforts to make farmers understand that blocking roads is causing grave inconvenience to travelers.

Earlier, the apex court had asked the northern Indian states, Uttar Pradesh and Haryana governments, to file their responses on a plea.

On the last hearing date, the Bench said public roads should not be blocked in protests, and there should be free traffic flow on roads.

The court had made it clear that it is not concerned about the more significant farm laws, which can be decided judicially, politically, or administratively but limited to clearing roads blocked by farmers.

The Bench had also emphasized that the apex court had made it clear that roads should not be blocked in its previous judgments.

Noida resident Monicca Agarwaal said that her travel to Delhi takes two hours instead of 20 minutes.

She contended that the same had still not happened despite the various directions passed by the apex court to keep the to and fro passage clear (the road).

Being a single parent with some medical issues, Agarwaal said it had become a nightmare to travel to Delhi. The plea said she stayed and worked in Noida, but she had to travel frequently to Delhi since she had a marketing job.

“It is her say that she is a single parent and also has some medical issues, and it has become a nightmare to travel to Delhi where it is taking two hours instead of normal 20 minutes,” said the Bench in its order.

“She contends that despite the various directions passed by this court to keep the to and fro passage clear (the roads), the same still does not happen. We did put to her if it is so, it is an administrative failure as we have already propounded the judicial view.”