The upcoming film is currently in its pre-production stage and will commence shooting at the end of 2021.
By Zenger News Desk August 24, 2021
Facebook
Twitter
Linkedin
Email 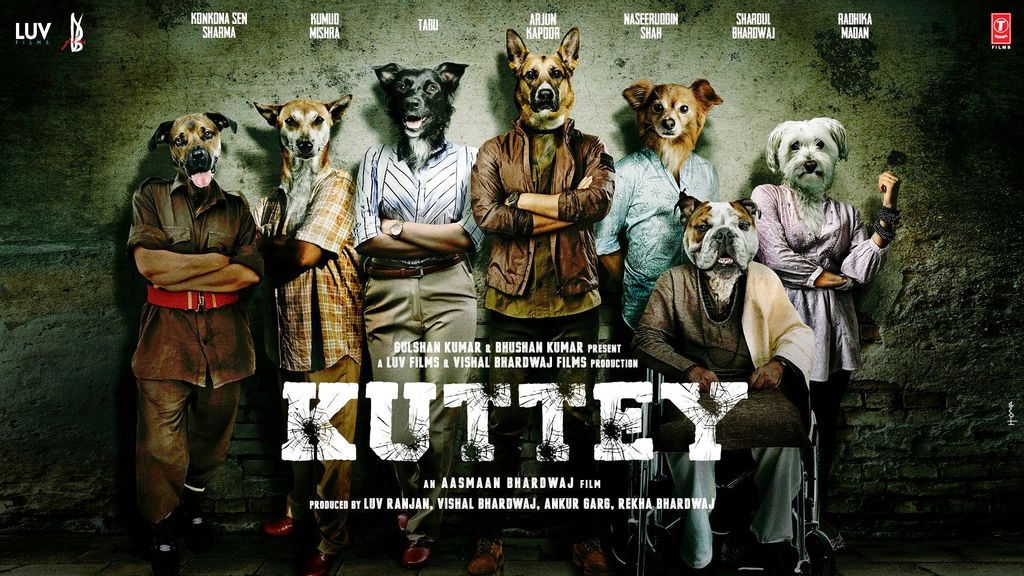 Unveiling the motion poster as the movie’s first glimpse, Vishal Bhardwaj said the audience would have a thrilling ride.

“The movie is extremely special to me as it is my first collaboration with Aasmaan (Bhardwaj’s son), and I’m excited to see what he does with it,” said Bhardwaj.

“Luv Films and Vishal Bhardwaj Films are also coming together for the first time, and I am immensely excited about this association, as I really admire Luv’s brave attitude towards filmmaking and strong commercial sense.”

Presented by T-Series, the film marks the directorial debut of Aasmaan Bhardwaj who assisted his father on “7 Khoon Maaf,” “Matru ki Bijlee ka Mandola,” and “Pataakha.”

“I have worked with Naseer Sahab, Tabu, Konkona, and Radhika on different films throughout my career, and Aasmaan has brought them all together in one film itself. We cannot wait for the audience to witness this captivating thriller on the big screen.”

Written by the father-son duo, “Kuttey” is a caper-thriller, currently in its pre-production stage, and will commence shooting at the end of 2021.

Talking about the movie and his association with Bhardwaj, Luv Ranjan expressed his excitement.

“Vishal Ji is one of the most prolific filmmakers in our country,” he said.

“His storytelling and vision as a filmmaker have been very inspiring for me personally. It gives me immense happiness that I am getting to collaborate with him for Aasmaan’s film.”

Producer Bhushan Kumar also shared that he is thrilled about collaborating with two of the most prolific directors of the Indian film industry.

“We are very thrilled about collaborating with Vishal Ji and Luv for Aasmaan’s directorial debut ‘Kuttey,’” said Kumar.

“It will be exciting to see this creative synergy of two very diverse filmmakers. ‘Kuttey’s’ story and star cast are both very interesting. As we present the first glimpse, we hope that the audience is thrilled for what’s next.”

Bhardwaj has previously collaborated with half of “Kuttey’s” ensemble.

He has worked with Tabu in his directorial movies “Maqbool” and “Haider.” He has also served as a screenwriter and producer for Meghna Gulzar’s 2015 crime drama “Talvar,” where Tabu played the role of Reema Kumar opposite late actor Irrfan Khan.

With Sensharma, he has worked in movies like “Ek Thi Daayan,” “Omkara,” “Talvar,” and “7 Khoon Maaf.”

“Kuttey” is produced by Ranjan, Bhardwaj, Ankur Garg, and Rekha Bhardwaj. The film’s music will be scored by Bhardwaj with lyrics penned by Gulzar.