I Do Not Trust Anybody: Biden On Taliban

Taliban is seeking legitimacy and made promises but Washington will see whether “they mean or not”. 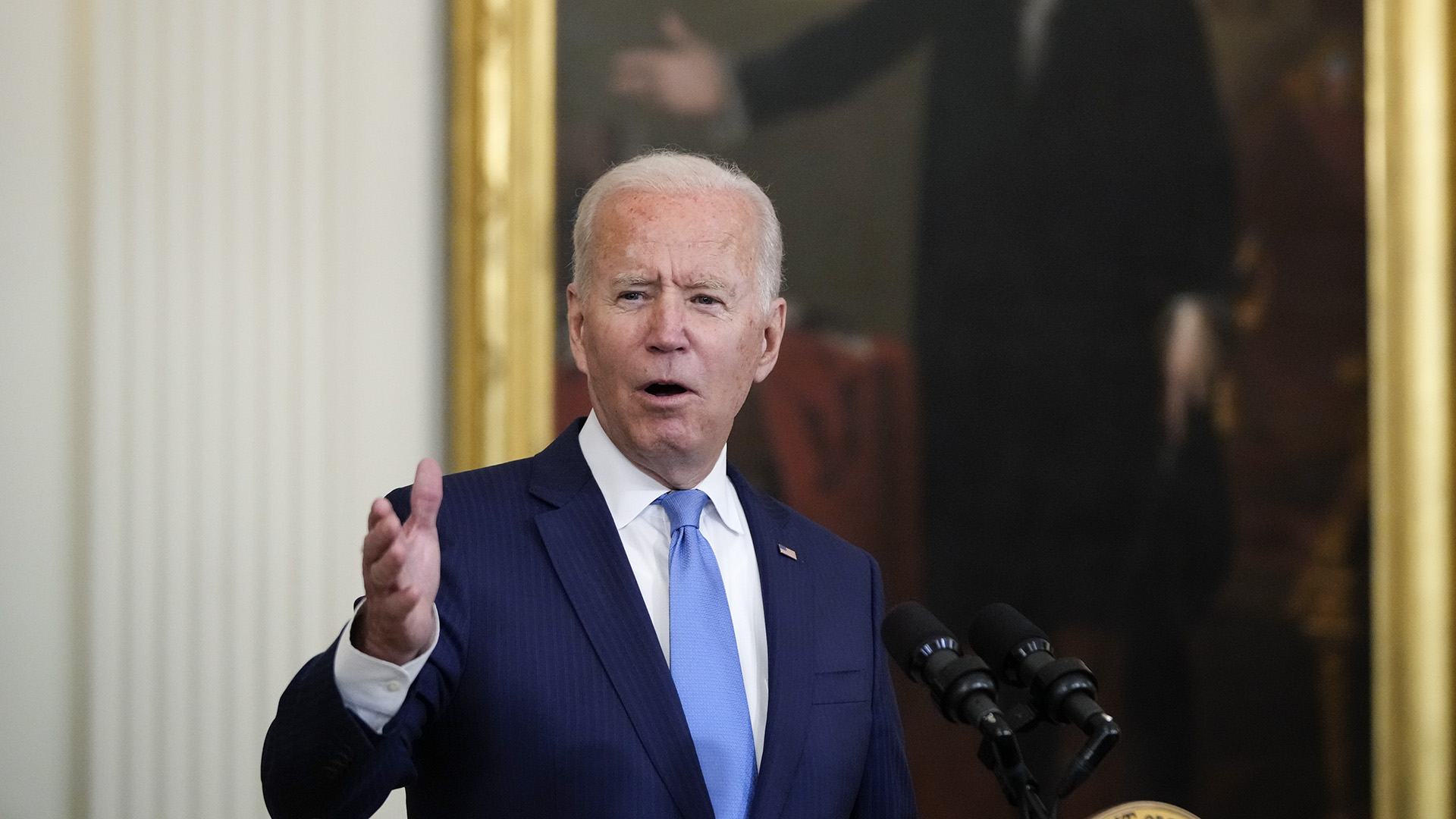 US President Joe Biden claimed that he does not trust anybody amidst the claim that the Taliban is seeking legitimacy and have made promises. (Drew Angerer/Getty Images)

WASHINGTON — When asked whether he believes the Taliban or not, US President Joe Biden claimed that he does not trust anybody amidst the claim that the Taliban is seeking legitimacy and have made promises.

But, Washington has made it clear they will see whether “they mean or not” and then go forward.

During his address to the nation from the White House, Biden said if the Taliban is going to attempt to provide for the people of Afghanistan, they would need additional help in terms of economic assistance, trade, and a whole range of things.

“I do not trust anybody,” he said.

“Taliban has to make a fundamental decision. Is the Taliban going to attempt to unite and provide for the well-being of the people of Afghanistan, which no one group has ever done for 100 years? If it does, it would need additional help in terms of economic assistance, trade, and a whole range of things.”

“Taliban has said, and we will see whether they mean or not,” said Biden.

“They are seeking legitimacy to determine whether other countries would recognize them. They have told other countries and us that they do not want us to move our diplomatic presence completely. All this talk now, so far Taliban has not taken actions against US forces.”

His remarks come as countries continue to evacuate their citizens from Afghanistan through the Kabul airport, under US forces’ control.

The evacuations are being carried out as the security situation has deteriorated in Afghanistan following the takeover by the Taliban and the collapse of Ashraf Ghani‘s government.

US military has pulled around 25,100 individuals from Afghanistan since Aug. 14 and approximately 30,000 since July.

Biden said he is in discussions with his military officials regarding extending the evacuation mission in Afghanistan beyond the Aug. 31 deadline.

Biden informed that the US had extended the safe zone around the Kabul airport.

“We have made several changes, including extending the access around the airport and the safe zone,” he said.

Earlier on Aug. 20, Biden said the evacuation from Afghanistan was the ‘most difficult and largest airlift’ ever in the history. He had assured to get all Americans and allies out of the war-torn country.

“Kabul evacuation is among the largest and most difficult airlifts in history,” Biden said.

On Aug. 23, Biden said that the Afghans screened and cleared are eligible to stay in the US.

“Once screened and cleared, we will welcome these Afghans to their new home in the United States with open arms,” said Biden in a tweet.

“We are a nation that has been strengthened by generations of immigrants adding their unique talents to our American tapestry. That is who we are.”