Ledward performed ‘I’ll Be Seeing You', a song about living with the reality of loss.
By Zenger News Desk August 24, 2021
Facebook
Twitter
Linkedin
Email 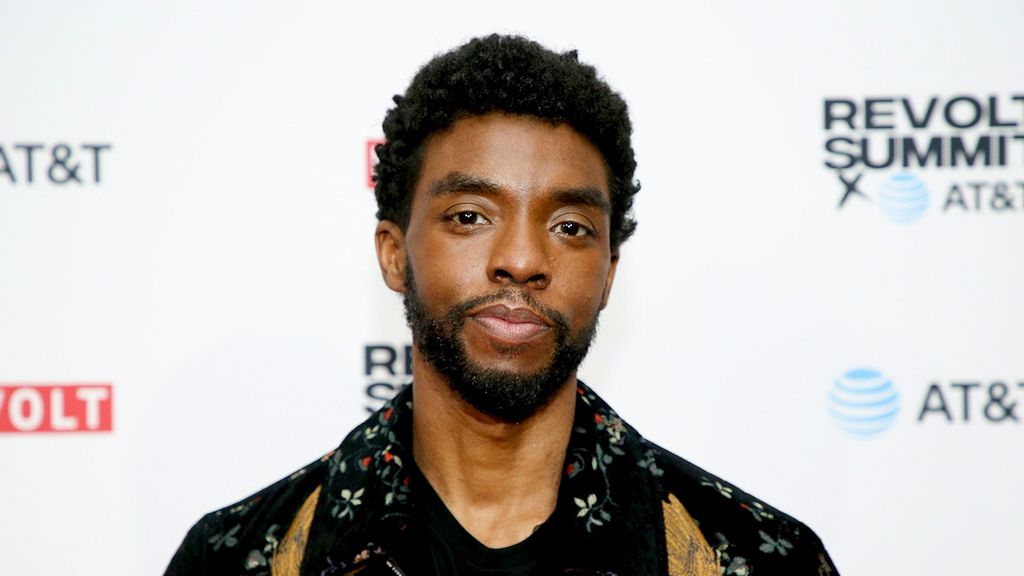 The late Chadwick Boseman was recently honored by his wife Simone Ledward and “Black-ish” actor Anthony Anderson during the Stand Up to Cancer fundraising telethon event on Aug. 21, 2021. (Phillip Faraone/REVOLT/Getty Images)

WASHINGTON — The late Chadwick Boseman was recently honored by his wife Simone Ledward and “Black-ish” actor Anthony Anderson during the Stand Up to Cancer fundraising telethon event on Aug. 21, 2021.

The announcement was made via the organization’s official Twitter handle as they posted a picture of Ledward performing.

“We are honored to have Chadwick’s wife #SimoneBoseman here tonight,” the tweet read.

“Her incredibly powerful performance reminds us that we all have heroes in our lives. Now is the time to Stand Up for them and with them.”

“Many of us were devastated to learn of Chadwick Boseman’s tragic passing after he privately grappled with cancer for several years,” said Anderson during the show, which was streamed on YouTube.

“The world lost an incredible artist and a true hero. But before he was a public figure, he was a person like you or me, a son, a brother, uncle, cousin, friend, colleague, husband.”

“Many of us are all too familiar with the fracture a dearly loved one’s passing leaves in the lives of those who love them.”

He later introduced Boseman’s wife Simone, who performed “I’ll Be Seeing You,” a song about living with the reality of loss. The lyrics included, “I’ll be seeing you in all the old, familiar places that this heart of mine embraces.”

The Black Panther actor died of colon cancer in August 2020 at the age of 43. The news of his passing away was broken via the actor’s Instagram handle.

“It is with immeasurable grief that we confirm the passing of Chadwick Boseman,” read the post.

“Chadwick was diagnosed with stage III colon cancer in 2016 and battled with it these last 4 years as it progressed to stage IV.”

Stand Up to Cancer telethon for 2021 was co-hosted by Anderson, Ken Jeong, and his wife, physician Tran Ho, who shared the story of her breast cancer diagnosis and Sofia Vergara. Performers included Stevie Wonder, Common, and Brittany Howard, who dedicated her performance to her late sister Jaime.

Matthew McConaughey was among those who appeared in the telecast, sharing a personal story of losing a beloved friend and mentor to cancer, which he referred to as “this damned disease.” Reese Witherspoon and Jim Toth executive produced the event, as per reports.

In March 2021, Boseman posthumously bagged a Golden Globe Award in the Best Performance by an Actor in a Motion Picture — Drama for his performance in “Ma Rainey’s Black Bottom.”

For this honor, Ledward delivered an emotional speech on behalf of the deceased actor.

“He would say something beautiful, something inspiring, something that would amplify that little voice inside of all of us that tells you, ‘You can,’ that tells you to keep going, that calls you back to what you are meant to be doing at this moment in history.”

“I don’t have his words, but we have to take all the moments to celebrate those we love, so thank you HFPA, for this opportunity to do exactly that. And, honey, you keep ’em coming. Thank you,” she concluded the speech.