In the photograph, the Bollywood actor is seen wearing a ruffled white shirt and bow paired with a black coat.
By Zenger News Desk August 24, 2021
Facebook
Twitter
Linkedin
Email 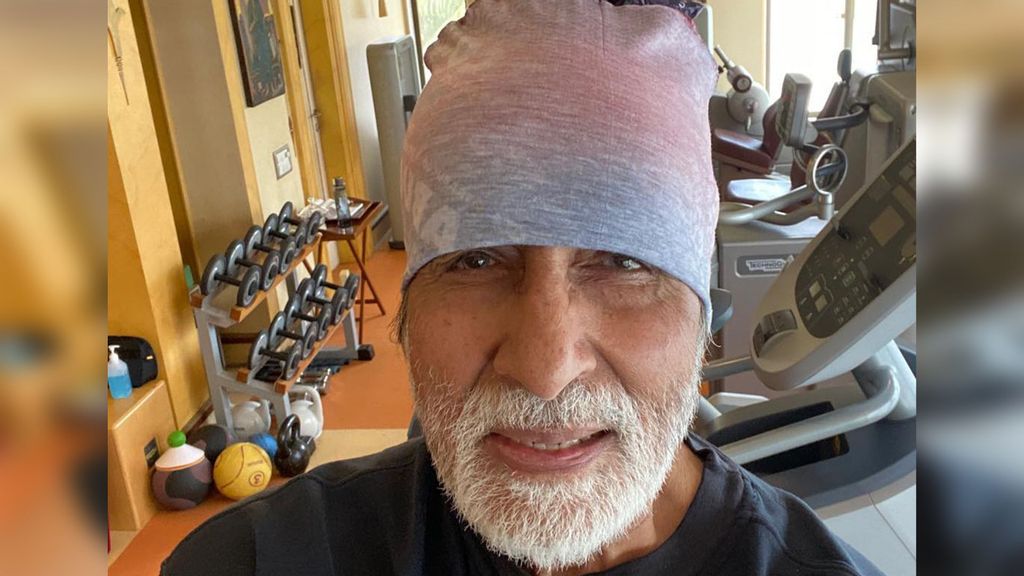 Megastar Amitabh Bachchan on Aug. 22 treated fans with a priceless throwback picture from his youth and penned down his weekend thoughts along with it. (Amitabh Bachchan, @amitabhbachchan/Instagram)

NEW DELHI — Bollywood actor Amitabh Bachchan, on Aug. 22, 2021, treated fans with a throwback picture from his youth and penned down his weekend thoughts along with it.

The 78-year-old actor took to his Instagram and shared his thoughts alongside a monochrome picture featuring himself.

In the snap, Bachchan is seen wearing a ruffled white shirt and bow paired with a black coat.

Sharing the picture, he penned a couplet in Hindi.

The picture gathered more than 600,000 likes and 4,000 comments from several fans and fellow Bollywood actors who left heartfelt messages for him.

Meanwhile, on the work front, Bachchan is currently gearing up for the 13th season of his quiz show “Kaun Banega Crorepati?,” which is scheduled to start on Sony Entertainment Television from Aug. 23, 2021.

On the film front, Bachchan will next be seen in Rumi Jaffery’s drama mystery “Chehre.” The movie’s title track, which was released on Aug. 23, 2021, has been sung by Bachchan himself in collaboration with music composers Vishal-Shekhar and the Prague Philharmonic Orchestra.

In the three-minute video, Bachchan can be seen reciting a poem as his background appears dark and mysterious, setting the theme for his upcoming film.

“Vishal and Shekhar have beautifully composed the title track of ‘Chehre’ with 107 other musicians from Prague,” he said.

“Their concentration, dedication, and will to produce something soulful using the instruments are just commendable. On the other hand, it is the first time after ‘Silsila’ and ‘Agneepath’ that Amitabhji has recited a poem in any film. As a fan of Amitabhji and producer for ‘Chehre,’ I feel blessed because not many get this privilege.”

Apart from “Chehre,” Bachchan will also appear in several movies including, “Jhund,” “Brahmastra,” “Karishmaa,” “The Great Man,” and “Mayday.”

He is also working on the Vikas Bahl-directorial “Goodbye” and recently completed its first shoot schedule. Alongside him, the film also features actors Neena Gupta, Rashmika Mandanna, Pavail Gulati, and Sahil Mehta.

Bachchan is also shooting for “K,” which is the Indian adaptation of Nancy Meyers’s 2015 hit Hollywood film “The Intern,” alongside actor Deepika Padukone.