Alcohol Use In Young Adults Is Associated With Early Aging Of Blood Vessels: Study

Drinking alcohol from adolescence to young adulthood is a precursor to cardiovascular disease, as per a new study. 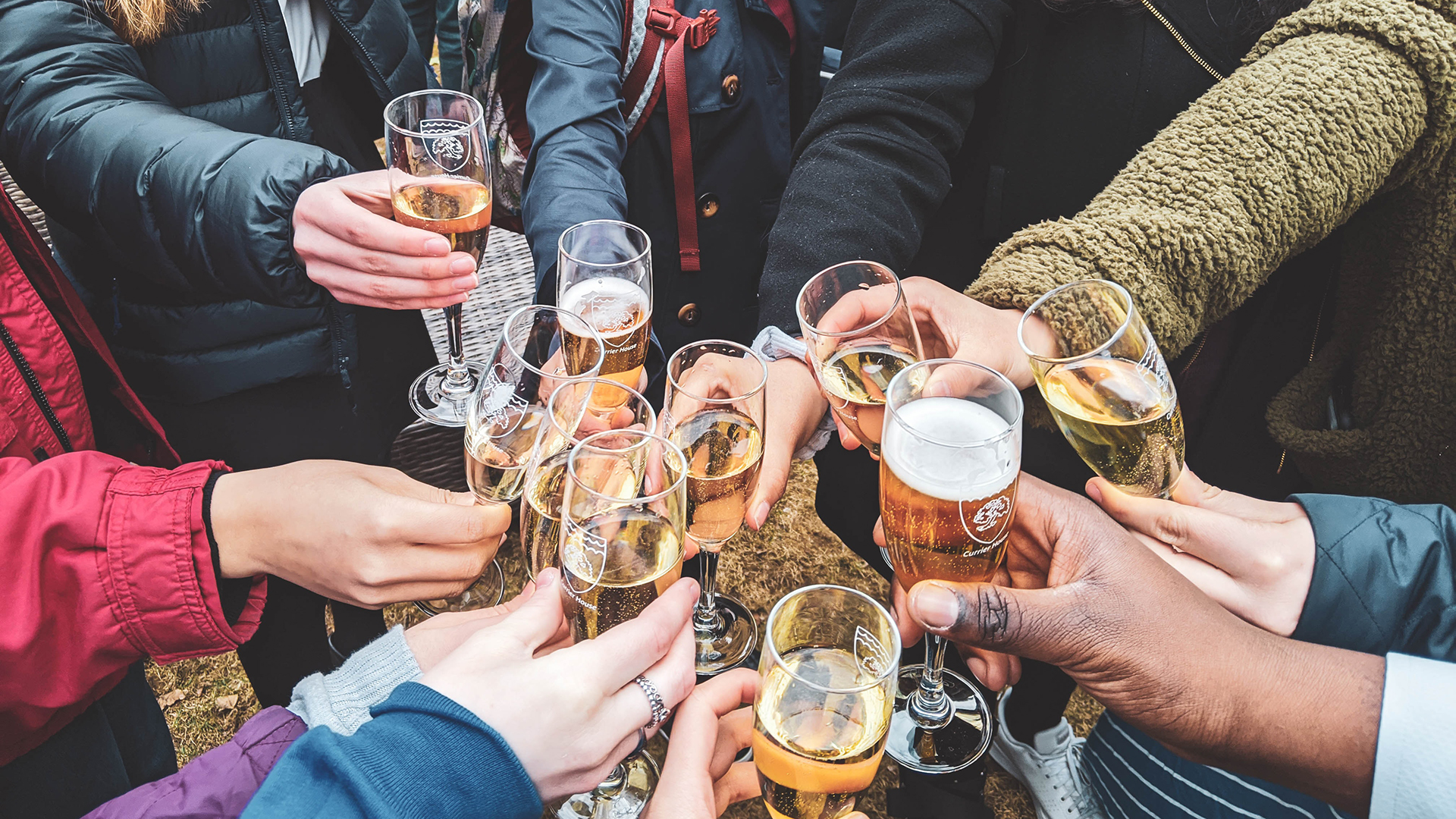 (Representative image) As young adulthood is a critical period for initiation and heavy usage of smoking and alcohol, this study focused on changes in arterial stiffness between the ages of 17 and 24 and the relationship with these habits.(Christine Jou/Unsplash)

WASHINGTON — Drinking alcohol during adolescence to young adulthood is associated with accelerated arterial stiffening, a precursor to cardiovascular disease, according to a new study by the European Society of Cardiology.

“There was some evidence of a graded increase with heavier usage, meaning that the more you drink, the greater the increase in arterial stiffness,” said Hugo Walford, author of the study, in a press release.

“The relationship was not explained by other predisposing factors for heart disease, suggesting that risky behavior during this period has a direct effect on vascular health.”

As people get older, their arteries naturally become stiffer and less elastic. Stiffer arteries are associated with higher risks of heart disease and stroke. Certain behaviors can accelerate arterial stiffening. For example, previous research has shown that smoking tobacco and drinking alcohol are linked with stiffer arteries in teenagers.

As young adulthood is a critical period for initiation and heavy usage of smoking and alcohol, this study focused on changes in arterial stiffness between the ages of 17 and 24 and the relationship with these habits.

The study included 1,655 participants of the Avon Longitudinal Study of Parents And Children (ALSPAC) aged 17 to 24 years. Alcohol consumption and smoking were measured at ages 17-24, and the results at the two time points were combined. Alcohol use was classified as never, medium (4 drinks or less on a typical day of drinking), and high (more than five drinks on a typical drinking day).

Smoking was categorized as never, past, medium (less than ten cigarettes a day), and high (ten or more cigarettes daily).

The researchers examined associations between smoking and drinking habits and changes in arterial stiffness between ages 17 and 24. The analyses were adjusted for age, sex, and socioeconomic status, plus the following measures at age 24: body mass index, blood pressure, low-density lipoprotein (LDL) cholesterol, blood glucose, and C-reactive protein (a measure of inflammation).

“The results suggest that arterial damage occurs in young drinkers and young women who smoke heavily. Non-smokers and ex-smokers had similar alterations in arterial stiffness, indicating that quitting can restore vascular health at this young age,” said Walford

“Binge drinking is often a normal experience for students, and a falling smoking prevalence in the UK is challenged by a sharp rise in e-cigarette use. Young people may believe that drinking and smoking do not cause long-term damage.”

“However, these results indicate that these behaviors could put young people on a life-course trajectory starting with early arterial stiffening, which may eventually lead to heart disease and stroke,” said Walford while concluding.