The Brit admits his bid to set a record by circumnavigating Iceland on land is "crazy."
By Joseph Golder August 23, 2021
Facebook
Twitter
Linkedin
Email 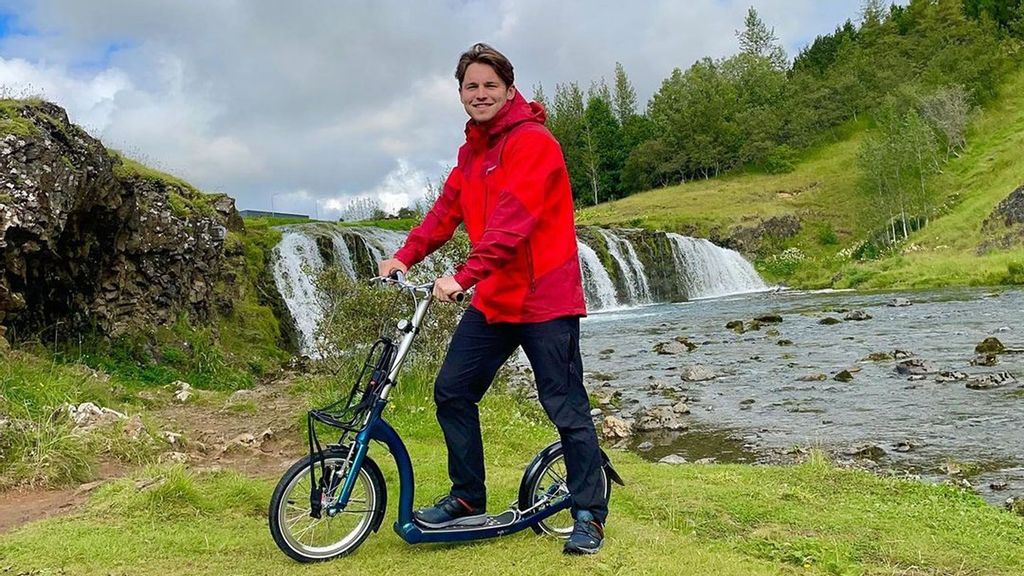 Hugh Graham, 26, is circumnavigating Iceland on an aluminum-framed scooter. (@thatguyhughgraham/Zenger)

A British man is trying to circumnavigate Iceland without getting into the water, and he’s doing it entirely on foot-power.

Hugh Graham is journeying 820 miles around the European island nation on a kick scooter with just a backpack of essentials.

Graham set off Aug. 5 from Reykjavík, the capital city, in a quest to conquer Route 1, the 820-mile ring road that encircles Iceland. In the U.S., that’s equivalent to the distance between Boston, Mass. and Charlotte, N.C. British drivers could see it as motoring from John O’Groats in Scotland to Penzance in southwest England, according to The Nordic Visitor Blog.

But Graham isn’t driving. His only engine is his lower body.

The 26-year-old is documenting his travels on Instagram, where he has more than 2,100 followers, and on TikTok, where he boasts 19,300 followers including a growing number of Icelandic supporters. Details were unavailable about whether he has left a “day job” behind while touring Iceland.

In one video filmed in Reykjavik, Graham shows his Swifty Zero MK2 adult kick scooter to the camera and says “I’m doing it on this bad boy” and that he believes the feat hasn’t “been done before.” The Guinness Book of World Records has only a category for the fastest crossing of Iceland on foot.

Graham is using the Viking “Sun Voyager” sculpture as his start and end point. He said he is receiving lots of advice from Icelandic residents online — and it doesn’t stop coming when he’s on the road.

His goal is to travel roughly 30 miles a day. If he hits that mark, he should finish his journey in less than four weeks, ending around Sept. 2.

He posted an Aug. 18 TikTok update, saying he was at the halfway point after he “smashed” 410 miles along Route 1.

He said he would “tackle the north” next, a stretch hs expects to be tougher than his journey along the southern half of the ring road.

“I am now in the East Fjords where the roads are very steep,” he said on Instagram. “This is crazy but well worth it, because at the end of a difficult day I feel good after seeing all these amazing places. This island is just so beautiful.”

Spectacular sights Graham can take in during his journey on Route 1 include the Seljalandsfoss and Skógafoss waterfalls, the Dyrhólaey cliffs and Jökulsárlón glacier lagoon.